As US basketball player Brittney Griner stands trial in Russia accused of drug smuggling, a growing number of other foreign nationals are also imprisoned in harsh conditions. Is Russia building a store of international prisoners to use as political pawns?

Detained American basketball player Brittney Griner made a direct appeal for her freedom in a handwritten letter to US President Joe Biden, delivered to the White House on July 4.

Griner has been held in Russian prison since February 2022 when the Russian Federal Customs Service said it discovered vape cartridges containing hashish oil in her luggage after she arrived on a flight from New York to Sheremetyevo International Airport in Moscow.

“I’m terrified I might be here forever,” Griner wrote, five months after she was first arrested. “Please don't forget about me and the other American detainees. Please do all you can to bring us home.”

Griner, 31, is one of the most decorated female basketball players in the US. She now faces a prison sentence of up to 10 years if convicted of drug smuggling charges, even though US authorities maintain that she has been “wrongfully detained”.

Some US commentators have denounced her hearing, which began on July 1, as a “show trial” and said that Russia is using Griner, who was arrested one week before Russia invaded Ukraine, as a political pawn.

“It’s a period of markedly heightened tension between Russia and the US,” says Ben Noble, associate professor of Russian politics at University College London. “The original detention of Brittney Griner may or may not have been politically motivated, but this certainly has become a politicised case.”

‘Humiliated as a human being’

Following the delivery of Griner’s letter, her wife, Cherelle Griner, told CBS Mornings on Tuesday that the basketball player was “probably the strongest person I know. That means she truly is terrified that she may never see us again. And, you know, I share those same sentiments”.

On Wednesday, President Biden called to tell Cherelle that his administration was working towards Brittney's release.

But the Griner’s fears are not unfounded ­– for months Brittney did not even have a trial date. This is common among detainees. Even though they are legally supposed to spend a maximum of two months on remand under Russian law, extensions are often granted. “A person could be sitting on remand for a very long time, while the investigator could be in no hurry to actually investigate,” says Natalia Prilutskaya, Amnesty International’s researcher for Russia.

In remand centres conditions are harsh and hostile. Cells are over-crowded, with poor bedding, limited shower facilities and shared toilets that often lack privacy. Detainees can be put in solitary confinement for offences as small as sitting on their bed at the wrong time. “It's a situation where you're humiliated as a human being,” Prilutskaya says.

The centres can also be dangerous. In 2021, more than a thousand leaked videos appeared to show Russian inmates being tortured.

At the end of this ordeal, there is little hope of a fair trial. “In almost 100% of cases the judge will go with what the investigation file says,” Prilutskaya says. “The Russian justice system has a very prosecutorial leaning, especially if there is some sort of political interest.”

Post-trial, those found guilty are sent to penal colonies where conditions are hardly better – forced labour, limited facilities, and lack of healthcare are common.

This is the situation that numerous other foreign detainees are now facing. Former US Marine, Paul Whelan, has been jailed in Russia since 2018, and is currently serving a 16-year sentence for espionage – a charge which he and US officials deny.

The war in Ukraine has offered a pretext for numerous other sentences. Four British nationals and one Moroccan were imprisoned after being captured in Ukraine and found guilty by Russian courts of fighting as mercenaries. Three of the group have been sentenced to death.

Meanwhile the Institute for the Study of War thinktank has warned that Russian forces have been increasing efforts to abduct and imprison Ukrainian citizens for use in prisoner exchanges.

It is hard to know exactly how foreign detainees are treated while imprisoned. “There are penal colonies where foreign nationals are held in conditions that probably are a little bit easier, but not necessarily,” says Prilutskaya. “Especially not if the authorities want to put pressure on a particular person or use them as a pawn.”

In Griner’s case, her status as a high-profile athlete could make her a particularly valuable political pawn that the US is keen to repatriate. “It may well be that she is being considered by the Russian political leadership as a possible candidate for a prisoner exchange,” says Noble. “There has been talk of swapping Griner for the Russian national Viktor Bout, who is a convicted arms dealer currently in prison in the US.”

A similar exchange was made in April 2022, when US citizen and former marine Trevor Reed was released in exchange for a Russian citizen being held in US prison on drug-smuggling charges. Reed was sentenced to nine years in prison for endangering the “life and health” of Russian police officers, a charge which he and US officials denied.

He was held for almost three years before being released, after what the White House described as “months and months of hard careful work”.

This slow approach may be now Griner and other detainees’ only hope, even though the White House pledged on July 5 to do “everything it can” to secure freedom for the basketball player and Whelan.

In the meantime, the most significant political impact of Griner’s case may be to deepen the rift between Russia and the West.

According to Noble, it is unclear whether Russian authorities intend to increase detentions of foreign nationals for political ends, but many may now fear a hostile welcome if they should travel there. In March 2022, US officials warned that Americans visiting Russia on business trips – particularly those working for companies implementing sanctions against Russia – were at risk of being arrested and held by authorities.

Noble says, “the case of Brittney Griner may well make foreign nationals think twice about stepping on Russian soil for fear that they too may suffer her fate”. 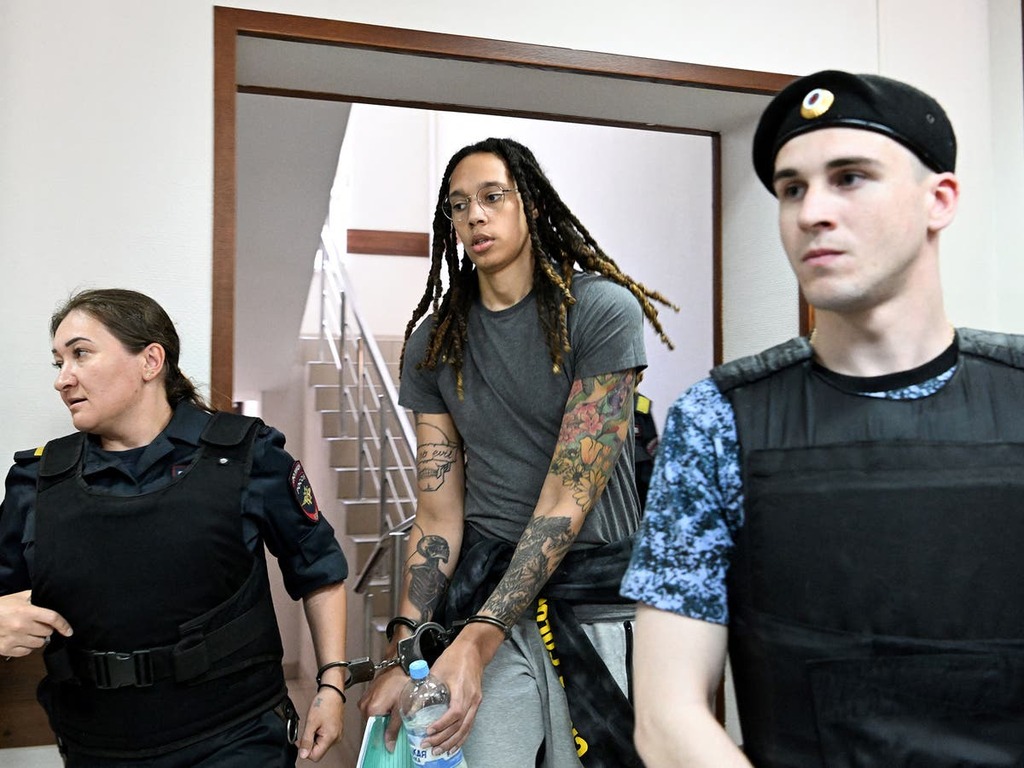 The WNBA star has been in detention in Russia since February

The Independent UK
‘I will not be quiet anymore’: Brittney Griner’s wife calls out lack of Biden action to free WNBA star from Russia detention

‘My wife is struggling, and we have to help her,’ Cherelle Griner tells Gayle King on CBS Mornings

The Independent UK
One subscription that gives you access to news from hundreds of sites
Brittney Griner trial - live: White House insists WNBA star’s case a priority as family complain of inaction