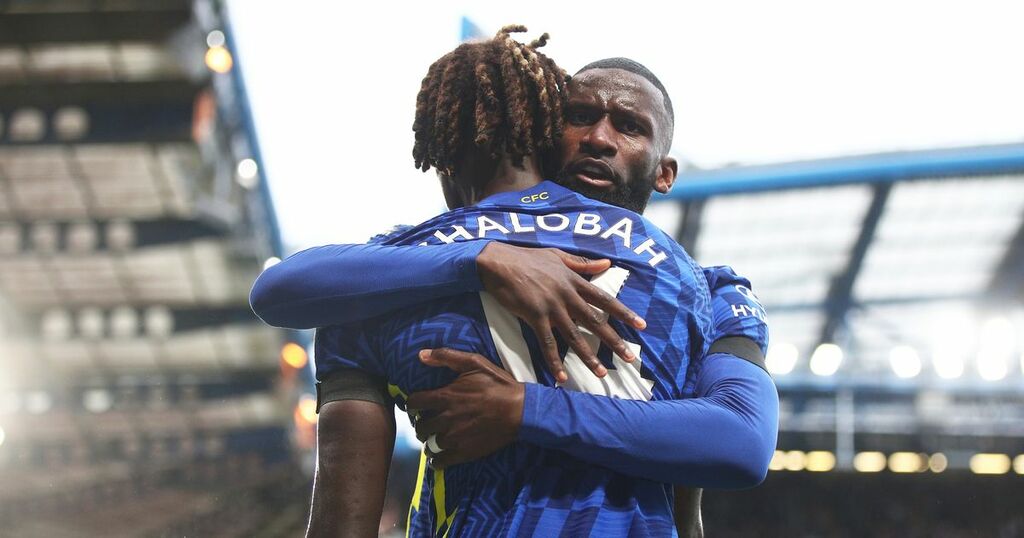 Rudiger, 28, starred in the backline alongside Chalobah and Thiago Silva as the European Champions successfully shut out Juventus in the Champions League and took control of Group H in the process going into the final game week.

The duo were also involved in the first Blues goal on the night when Rudiger chested down Hakim Ziyech's corner for the breakthrough star to slam home.

A goal that has summed up his fortunes so far in west London after recently signing a four-and-a-half-year extension to his current deal after a surprise breakthrough following the collapse of the Jules Kounde transfer on deadline day.

"It’s nice to see a guy like Trevoh Chalobah play. Every time he plays, he just seems to offer something. He's got great energy. He continues to chip in with goals, which was the icing on the cake."

Unfortunately, the same type of fortunes contract wise can't be said for the German international, whose high demands have caused somewhat of a stalemate as Thomas Tuchel's star centre-half starts approaches the January transfer window in which he can discuss a pre-contract agreement with foreign clubs.

football.london understands that there has been no movement since the defender's representatives rejected the club's latest offer of around £140,000-a-week, as they hold out for closer to £200,000-a-week.

In spite of the centre-back's reluctance to commit long-term in the capital, manager Tuchel has made it clear that his star player is fully committed to the cause regardless of what happens off the pitch.

"It can happen these days but it does not effect his mentality, it doesn’t affect his quality, it doesn’t effect his behaviour," Tuchel stated. "He is fully committed to Chelsea right now and I am absolutely sure he feels the trust, respect and love from the club and spectators.

"For me, he is a big competitor and he is exactly the right spot. He is in the most competitive league and at a club where winning matters, so let’s be a bit patient and hopefully we have a happy end."

He then added when quizzed about his own impact on Rudiger's up turn in form since Frank Lampard was dismissed: "I think Toni can deliver top quality no matter who is on the sideline.

"He was a strong player in Italy and played under several strong coaches for Chelsea. He was always strong.

"We have a good relationship and he feels the trust and respect. He knows what to do, accepts his role, lives his role to the maximum and this is what we demand.

"We demand a lot from him and he delivers a lot. But I don’t think it’s dependent by who is on the sideline. I think a good relationship, a trustful and honest relationship, helps everyone. It helps me as a coach and every player. We want to instils this and keep this.

"At the moment, this is what we have. So it’s now Toni and my duty to keep this going."

To add to this verdict on the uncertain future surrounding Chelsea's No.2, Chalobah himself has highlighted to the Blues hierarchy the strength of feeling in the squad about the ex-Roma man.

"Rudiger has been the most important player for me, he took me in and believed in me," the 22-year-old admitted.

"Told me to keep working and never give up. He always believed in me and that's where I got my confidence from.

"Now I'm here sharing the same pitch as him so it’s nice. The away game [against Juventus] wasn't our best performance so we wanted to rectify that."

If the situation remains a mess come January, PSG, Real Madrid and others are keen to pounce on this uncertainty as they all look to poach the in-form defender.

Chalobah's admission on Rudiger's influence in nurturing Chelsea talent like himself coupled with the player's own solid and consistent performances this season so far should be enough for contract talks to reignite but only if there is an appetite on both sides to do so.