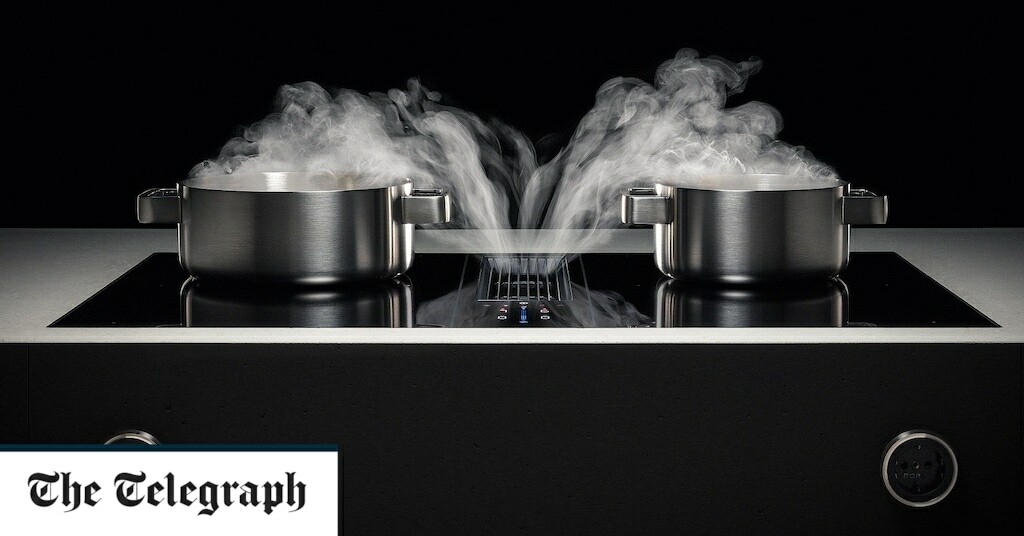 Noisy, ugly and bulky, the extractor fan is the bane of any enthusiastic amateur chef.

But a new trend for “downdraft” fans means its days as a kitchen staple may be numbered.

Growing concern about indoor air pollution and the popularity of open-plan living areas mean that increasing numbers of people are opting instead for sleek pop-up extractors, which rise from kitchen countertops.

Kitchen fitters say the trend began with higher-end kitchens but costs are coming down.

The gadget could offer a solution to those living in flats who are short on space and can’t install proper extractor fans that actually vent pollution outside the house.

Indoor air pollution caused by fumes from gas hobs, wood-burning stoves and cooking oil can be particularly harmful for people with health conditions such as asthma and COPD.

“Since the downdraft hobs have come into fruition we’ve gone from selling one or two a year, but now 25 to 30 per cent of the 50 kitchens we do in a year are now having them installed,” he said.

Many properties are fitted with recirculating extractor fans, which are supposed to clean air polluted by cooking, but experts say these are ineffective.

This is particularly common in flats, where it is difficult to fit ducts to the exterior through a ceiling or wall. Instead a downdraft vent could be routed through the floor or underneath kitchen furniture.

Scientists said the pop-up vents could be more efficient as they are closer to a stove, particularly if they are curved to sit over a pot, though vents that lie flat on a kitchen countertop would be less effective as steam and smoke tend to rise.

Christian Pfrang, associate professor in atmospheric science at the University of Birmingham, said: “With an inlet above the source, they don’t work against the natural air flow and they are closer to the source, so will avoid dispersion of the cooking emissions into the air we breathe, so this seems a good approach as long as the design is right.”

Artjom Aleksandridis, director of west London-based company Adam Renovations Ltd, said one in five kitchens was now being fitted with the new type of fan.

“Some people go for recirculating extractor fans, which I think is a massive mistake.

“This still works as a normal extractor fan, it is just higher quality, higher power. It's not above the cooker, it's right next to it. So it's closer, so it takes all the smells and everything quicker and more efficiently.

“Especially if you have an open-plan area, it's much better than having a bulky extractor fan.”

Bora, a high-end European firm, said market research surveys showed awareness of its products had grown from less than one per cent in 2014 to almost 20 per cent last year.