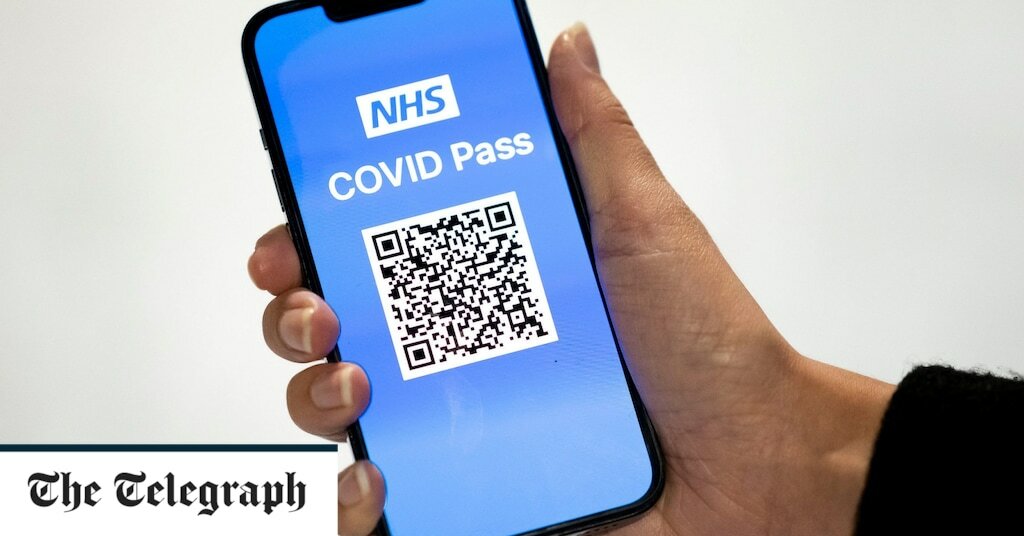 Passengers have been left stranded at airports after the NHS app went down, leaving them without access to vaccine passports.

Travellers reported being barred from flights and stuck abroad after the app crashed for around four hours on Wednesday.

The outage meant people were unable to load their Covid pass, proving they have had their vaccine shots, which is needed for travel abroad.

Chuck Adolphy said his "dream holiday" had descended into a "shambles" on Wednesday morning when he and his girlfriend tried to board a flight from Gatwick to Ljubljana, the Slovenian capital, before being turned away.

"Went to go on the app and my Covid Pass wasn't appearing," he said. "Didn't even realise at the time there was an outage and was just turned away and told they couldn't do anything about it.

"Rang the number and they said the app and site are down and there is nothing they can do. EasyJet said nothing either. Showed them my vaccine card and nothing."

‘Are you going to reimburse us for the missed flights?’

Henry Martin, another British passenger, said the glitch had left him stranded in Greece and called for compensation from the Government.

Writing on Twitter, he said: "This has been an absolute nightmare. We're stuck here in Greece as they wouldn't let us on [our] plane without a pass – are you going to reimburse us for the missed flights and hotel?"

The NHS app has gained more than 10 million new users in recent months after it became the platform for accessing Covid passes, which show proof of vaccination status and is required for international travel.

The passes can also be issued in paper form, as PDFs or to be added to smartphone wallets, but this would have had to have been done by passengers before the app problem struck.

Following the outage, a spokesman for NHS Digital said: "The NHS Covid Pass service was temporarily unavailable between 11.45 and 15.15 today as a result of a technical issue with a global service provider that affected many different organisations.

"Following an urgent investigation, this has been fixed and Covid Passes are available both via the NHS app and online."

The NHS app outage comes after Scotland's newly launched vaccine passport was hit by technical glitches earlier this month, meaning people were not able to register their details on it.

The problems meant that people were unable to get into large events and nightclubs, where proof of vaccination is now a condition of entry.