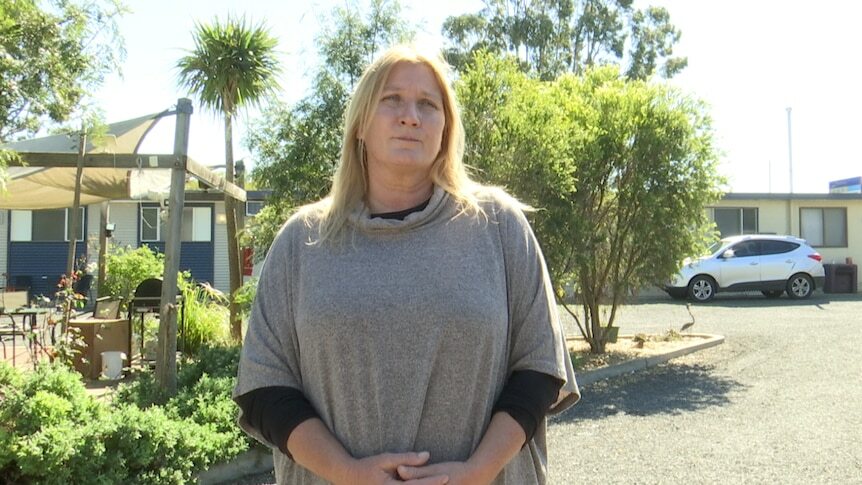 South Australians stuck in Victoria are pleading with SA Health to process their exemption applications as quickly as possible.

Adelaide woman Debra Rushani is one of 15 SA residents staying at a hotel in Kaniva, about 15 minutes' drive from the border.

She travelled to Melbourne on August 5 to be with her daughter who was due to give birth.

By the time she tried to return to Adelaide on August 29, regulations had changed without her knowledge and SA was not allowing residents returning from Victoria in without an exemption.

"I was basically told to reapply to SA Health, and once we got that approval to reapply for the SA Police permit," Ms Rushani said.

She said she had spent $1,200 on accommodation in the past 11 days, but the toll was more than financial.

"He finished treatment three months ago and I'm missing because I'm his main support person.

"My mother is 84 and frail, and we had to put Dad in a nursing home for dementia last year.

"Mum is struggling to live on her own [for the first time] in 60 years … she actually hurt her leg about five days ago and that evening she fell, and she then rang my husband to help her get to the doctor."

Others left waiting in Kaniva are Victorians looking to make South Australia their home.

Ray Stoneham, 74, formerly of Bayswater in Melbourne's east, has recently settled on a house in Meningie on the Limestone Coast.

But he's spent the past fortnight in limbo at the Midway motel.

On Father's Day last Sunday, Mr Stoneham got a hat, a haircut, some chocolate and a card from the people of Kaniva, who he says have been very supportive.

Stranded residents who can't afford the motel bill are staying with permission at the closed caravan park in town — organised through the local church — or in their cars.

Davinder Deep, who works in maintenance at the motel, said the accommodation had been fully booked for the past fortnight with South Australians, and would be for the next couple of weeks.

He said it had been a similar story during past border closures.

South Australian Premier Steven Marshall said there were  4,000 exemption applications before SA Health, and that there had been delays in processing times due to a procedural change that had forced many to reapply.

"They've got to conduct a risk assessment on every single one of these applications," Mr Marshall said.

Having spent a month away from her husband and mother, Mrs Rushani said her views had changed on border controls.

"In relatively COVID-free South Australia, my thoughts were, 'Keep 'em out, we don't want COVID here'," she said.