The full-length trailer for Thor: Love and Thunder has finally dropped, giving fans a first look at two huge Hollywood stars’ roles in the Marvel universe.

Bale plays a terrifying villain, while Crowe takes on the role of Greek God Zeus.

He issues a menacing warning.

“The only ones the gods care about is themselves,” he grumbles.

“So this is my vow. All gods will die,” he pledges, suggesting Thor and his buddies are in serious trouble.

Meanwhile, Crowe sports a full beard and a bushy head of hair, as well as a thick accent, while interrogating Thor in a golden arena.

“Let’s see who you are, and take off your disguise,” he orders.

With a “flick”, Zeus accidentally disrobes Thor, leading to gasps from the audience.

“You flicked too hard, damn it,” Thor exclaims.

It’s not the only Marvel project in the works for Crowe. He is also expected to join Sony’s Marvel movie Kraven the Hunter.

Co-writer and director Taika Waititi, who also stars in the film as loveable Kiwi-accented larrikin Korg, narrates the first portion of the trailer.

“Kids, get ya popcorn out. It’s time for me to tell you the story of the space viking, Thor Odinson,” he says.

“After saving Earth for the 500th time, Thor set off on a new journey. He went from dad-bod to God-bod, and after all that, he reclaimed his title as the one and only Thor.”

But just as Thor is seen attempting to retrieve his hammer, Mjolner, it’s unexpectedly snagged by his ex-girlfriend, Jane Foster (Portman).

Portman returns to the franchise for the first time since 2013’s Thor: The Dark World, reprising her role as Foster.

To Thor’s disbelief, Foster is able to wield his mighty hammer and has subsequently stolen his title as the God of Thunder.

The trailer alludes to some romantic tension between the pair.

Actress Jaimie Alexander also returs  for the first time since the 2013 film, confirmed by the film’s now-released poster, renewing her turn as Asgardian warrior Lady Sif.

The Guardians of the Galaxy cast (including Chris Pratt, Vin Diesel and Dave Bautista) and Melissa McCarthy also appear in the upcoming film.

Thor: Love and Thunder opens in Australian cinemas on July 7. 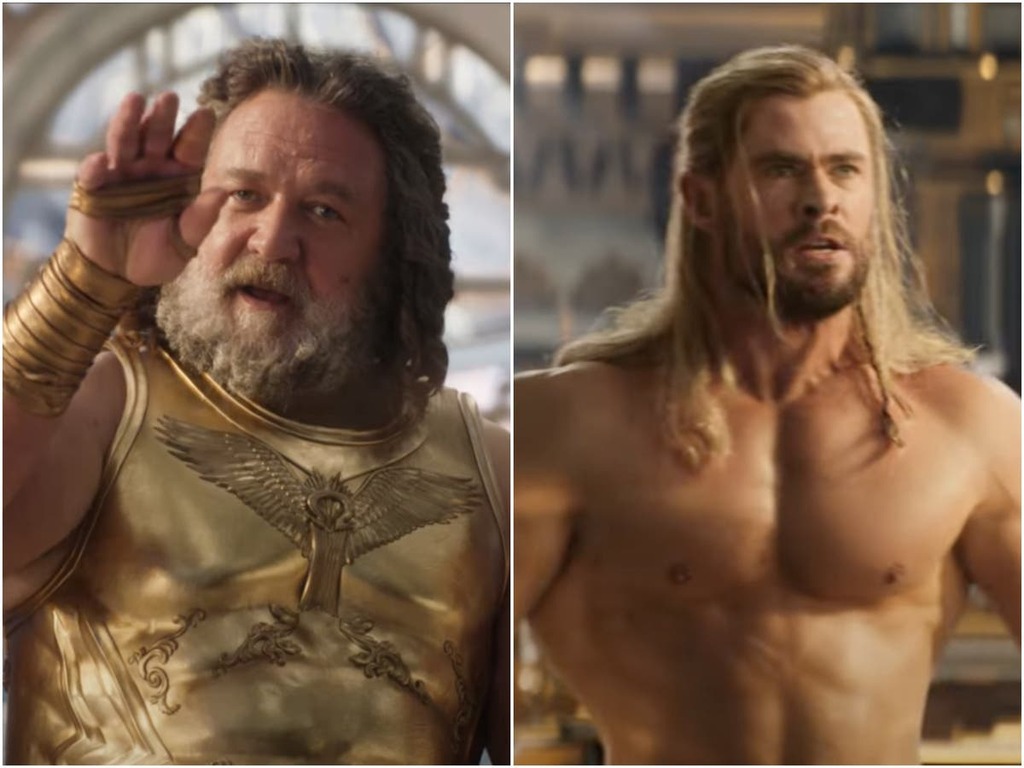 The Independent UK
One subscription that gives you access to news from hundreds of sites
Christian Bale is eerie, unholy in new 'Thor: Love and Thunder' trailer