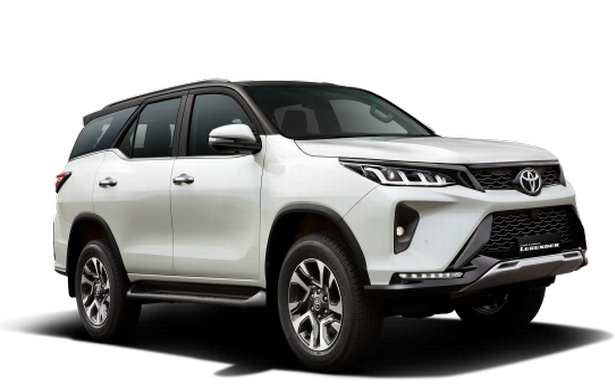 The Toyota Fortuner Legender is now available with four-wheel drive. The new Legender 4x4 is priced at ₹ 42.33 lakh (ex-showroom, India) — a full ₹ 3.72 lakh pricier than the Legender 4x2.

The biggest talking point is the four-wheel drive system, which was previously only available on the standard Fortuner. The system offers low range, hill descent control and a locking differential.

Cosmetically, aside from the badging on the tailgate for Toyota’s four-wheel drive system, the 4x4 variant is identical to the 4x2. The cabin, too, is near identical, with the most notable change being the addition of the 11-speaker JBL audio system, previously limited to the four-wheel drive variants of the standard Fortuner.

On the safety front, all variants of the Fortuner get seven airbags, ABS, stability control, hill start assist and traction control as standard.

Powering the Legender 4x4 is the same 204hp, 500Nm, 2.8-litre turbo-diesel engine. The unit is paired with a 6-speed automatic gearbox as standard — the Legender gets neither the manual gearbox option, like the standard Fortuner, nor the petrol engine.