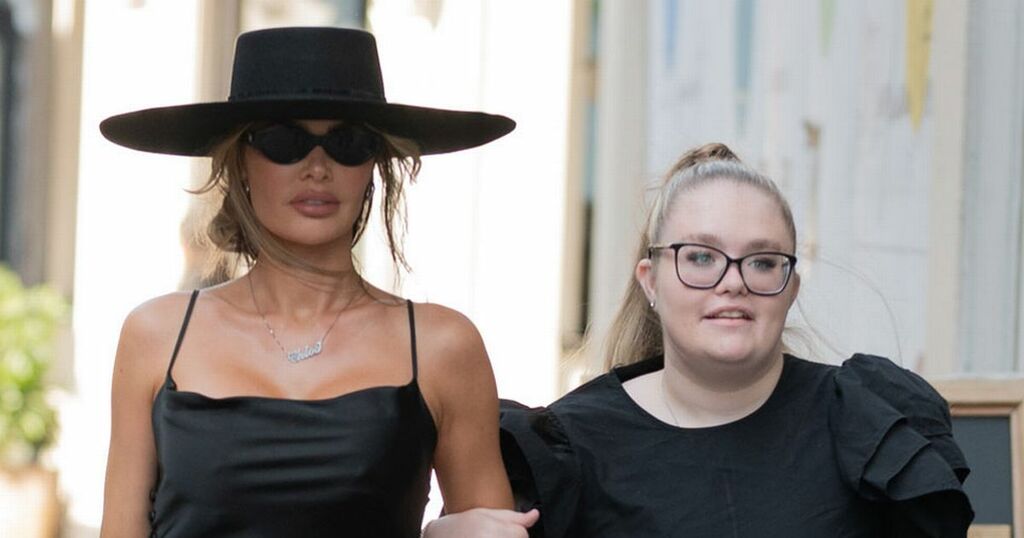 Chloe Sims and her daughter Madison have been spotted clad in stunning matching outfits as they enjoyed a cute day out together.

The mum finished her flam look with some silver cuffs on her arms, huge sunglasses and a chic handbag.

Whilst 16-year-old daughter Madison was seen wearing a black playsuit with white trainers with her long locks tied back into a glam ponytail.

The pair were papped enjoying a stroll around London's West End.

Single mum Chloe has preferred to keep Madison out of the limelight, while sharing her own life on TOWIE.

However, the teenager has been papped on a few outings with her mum in recent months, including at the ITV2 show's Christmas party.

TOWIE producers recently announced that they had cut some long-serving cast members from the popular show.
Courtney Green, Chloe Meadows, Harry Derbidge, Clelia Theodorou, Tom McDonnell, Harry Lee and Kelsey Stratford were all axed by producers to shake the show up.
The newest series is due to air this Sunday 12 September on ITVBe at 9pm.
Chloe was relieved to have retained her spot and recently shed some light on why she thinks some people have been chopped from the usual line up.

"A lot of the cast who have left had private relationships off TOWIE and that doesn't really work because you have to share everything. I’ve been an open book and shared the ups and all the downs - and there’s been a lot of them."

Despite a lot of cast members being dumped, Chloe said she knew that her place in the show was safe and that she would continue to appear in the show.

She told The Sun: "I knew I was coming back. I’m Chloe Sims. You’re joking. I’ve been here for 11 years. I wasn’t scared about the cull, let’s put it that way."

Chloe has had a number of her past relationships take place during filming the show and she has been open about the ups and downs.

Her relationships with Dan Edgar, Pete Wicks and Elliot Wright have all been featured as storylines on the show.

However, she said moving forward that she will only share her future romances if 'it was really serious'.

Chloe said that in the past she has found that she has 'rushed' sharing her relationships.