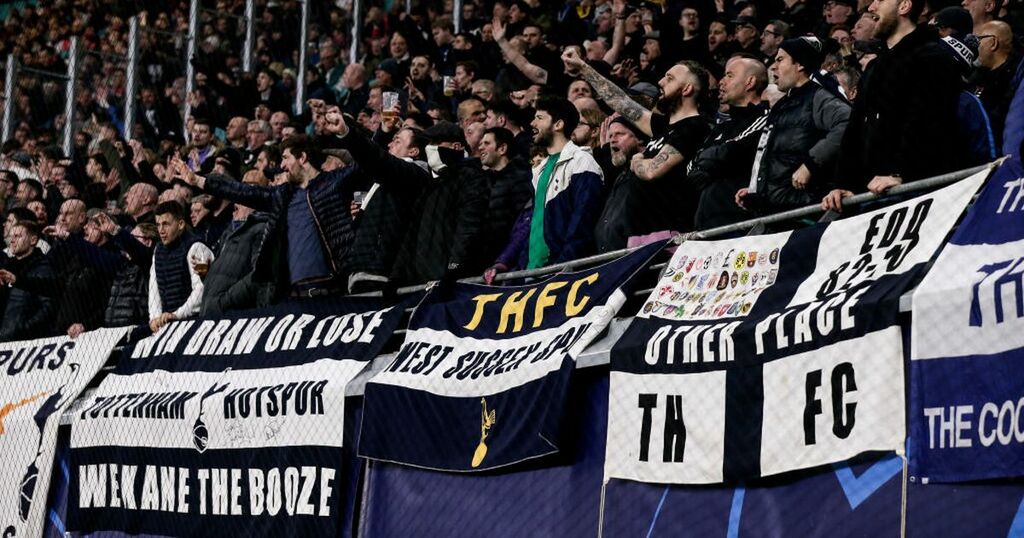 Tottenham Hotspur have confirmed that they will be directly contacting supporters travelling to Rennes regarding the restrictions in place in the French city on Thursday.

Having come through two play-off ties to qualify for the Europa Conference League, Nuno Espirito Santo's Spurs side start their group stage fixtures with a tough game at Roazhon Park.

Following the news from UEFA last week that away fans can once again attend European fixtures after missing out over the past 18 months due to the coronavirus pandemic, a number of Tottenham supporters will be making the trip to France to watch the Lilywhites in action.

However, a local decree has ruled that restrictions will be in place in Rennes city centre from 11am to midnight on Thursday.

According to the deceree, any person wearing a Tottenham shirt or "behaving" as a fan will be banned from the city centre of Rennes.

This means anyone in club colours or chanting will not be able to enter certain areas of the city, with the sale of takeaway alcohol also banned around the stadium.

Following the ruling, Tottenham Hotspur Supporters' Trust (THST) confirmed that they have approached Football Supporters Europe (FSE) for help regarding the measures in place.

They tweeted: "We approached @FansEurope for assistance earlier today regarding this excessive administrative order.

"Any Spurs fans needing legal support as a result of this order in Rennes, please contact FSE or THST."

Tottenham then confirmed on Twitter a short time later that they will be directly contacting supporters travelling to the French city to the provide them with information regarding the restrictions in place on the day of the game.

In French publication Ouest France, Ronan Evain, managing director of Football Supporters Europe, labelled the decision as "absurd" at such late notice with Tottenham fans making the trip across to France.

"This decree falls very late, it leaves us very little time and does not allow the English club and its supporters associations to inform all supporters," he explained.

"English supporters are prohibited from entering Rennes city centre at the last minute. However, they have already booked their accommodation. It's absurd.

"In addition, there is no animosity between the two clubs. This decree is disproportionate in the absence of risk of serious disturbance to public order.”