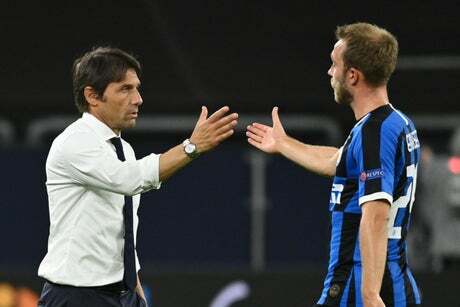 Antonio Conte has revealed “the door is always open” for Christian Eriksen to train at Tottenham.

Eriksen is looking for a new club after being released by Inter Milan, where he won the title under Conte last season, and has said he wants to play in the Qatar World Cup later this year.

The Danish playmaker, who spent seven seasons at Spurs, suffered a cardiac arrest on the pitch during the European Championship and is unable to play in Italy due to rules preventing defibrillators in Serie A.

“I didn’t speak recently with Christian. For sure, it was great to see him on a pitch, to see that he is kicking a ball,” Conte said.

“I was scared in that moment. And now, to see him again ready to play football is great news. I think for Christian, the door is always open.”