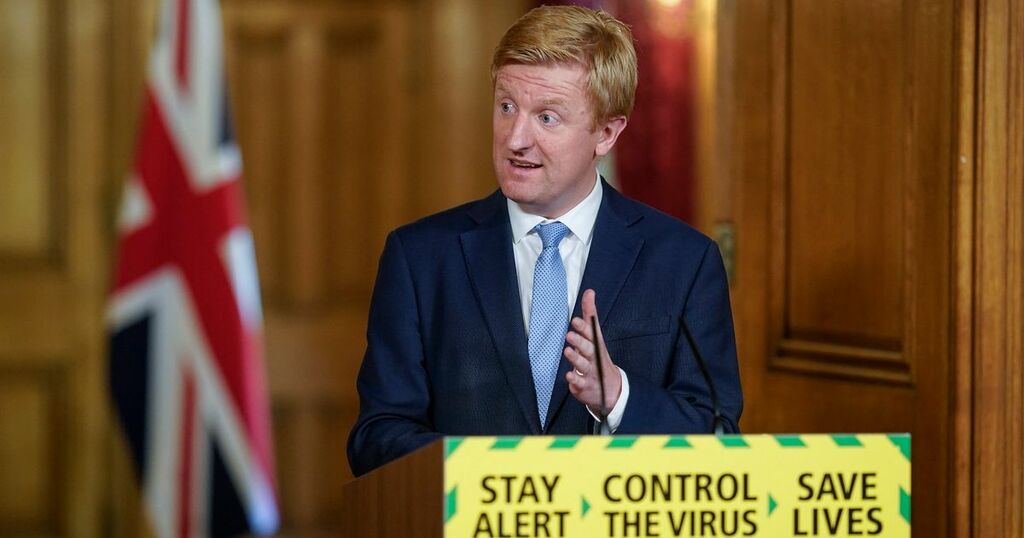 Tory minister Oliver Dowden gave a televised address urged families to 'limit contact' to one other person outside their household - 55 minutes before a staff party at 10 Downing Street.

Mr Dowden delivered the warning just moments before the “bring your own booze” bash - which multiple sources claim Boris Johnson attended with his wife Carrie, reports The Mirror.

Just five days after the address, Boris Johnson himself said police should intervene to stop people having outdoor parties.

The Prime Minister is facing a fresh scandal over bombshell claims a bash was held on May 20, 2020.

An email obtained by ITV showed more than 100 No10 staff were invited by the PM’s top civil servant and told to ‘bring your own booze’.

Outdoor gatherings were banned in England at the time under Covid rules.

Now footage has emerged of then-Culture Secretary Oliver Dowden speaking at a No10 press conference, just 55 minutes before the 6pm bash out the back door.

He urged hard-pressed citizens to “limit contact with other people”, and said: “You can meet one person outside of your household in an outdoor, public place - provided that you stay two metres apart".

The Cabinet minister warned “staying alert for the vast majority of people still means staying at home as much as possible.”

Mr Dowden added: “If everyone stays alert and follows the rules, we can control coronavirus.

“This is how we can continue to save lives and livelihoods as we begin as a nation to recover from coronavirus.”

He was asked by a member of the public: “There are large groups gathering in local parks, ignoring social distancing rules. When many of us are being so vigilant and staying alert, what can be done to discourage this disregard for the rules?”

The PM replied: “Feel free to speak to people yourself if you feel that they are not obeying the rules.

“But the police will step in if necessary and encourage people to obey the law."

The PM's Principal Private Secretary Martin Reynolds faces a fight for his job after the email was revealed by ITV News.

And sources now expect Whitehall's parties investigator Sue Gray will have to interview the Prime Minister himself - as he was said to have been present at four of the events she is looking into.

In a screenshot of the email obtained by ITV News, Mr Reynolds wrote: "Hi all, after what has been an incredibly busy period it would be nice to make the most of the lovely weather and have some socially distanced drinks in the No10 garden this evening.

The May 20 gathering was revealed last week by ex-Downing Street aide Dominic Cummings , who has gone to war with his former boss since leaving Government in November 2020.