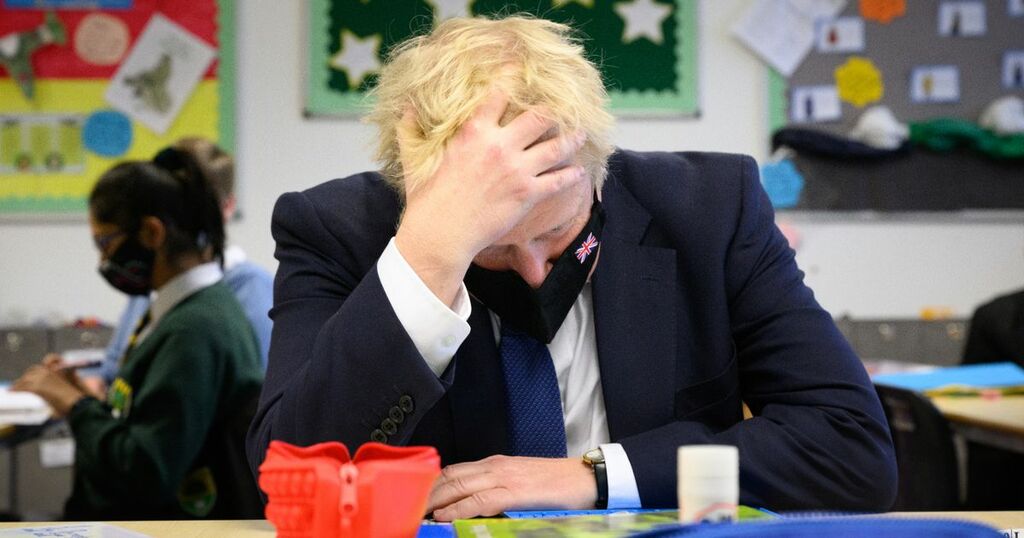 A top Tory has claimed he doesn't know if Boris Johnson attended a "BYOB" drinks party in the Downing Street garden during the first lockdown.

Health Minister Ed Argar was sent out to defend the Government after a bombshell email emerged showing the PM's aide inviting more than 100 No 10 employees to an evening gathering on May 20 2020.

Martin Reynolds, the Prime Minister's principal private secretary, said staff should "make the most of the lovely weather " and urged them to "bring your own booze", according to ITV News.

Witnesses claimed about 40 staff attended the event, including Mr Johnson and his wife Carrie - and there were long tables laden with drink, crisps, sausage rolls and other picnic food.

Outdoor gatherings were banned at the time under England's Covid restrictions.

Less than an hour before the gathering was due to begin, the-then Culture Secretary Oliver Dowden urged Brits to “limit contact with other people”.

He told a No10 press conference: “You can meet one person outside of your household in an outdoor, public place - provided that you stay two metres apart".

Top civil servant Sue Gray is understood to be looking into at least six Westminster gatherings that took place in 2020 as part of an official inquiry in potential rule-breaking.

Sources suggested that Ms Gray was likely to interview Mr Johnson, who was believed to be present at four of the gatherings under investigation.

The Met Police has confirmed it is in contact with the Cabinet Office over the claims.

Mr Argar told the Today programme he could understand people might feel "anger" and "hurt" at the allegations - but he said people need to wait for Ms Gray's inquiry to conclude.

Asked explicitly if the PM was at the event, he said: "I don't know, I don't know. I don't work in No 10 Downing Street."

He said he hopes Ms Gray would provide a "swift report", adding: "I hope it will clarify all the facts around this and some of the other allegations we've seen about whether regulations were broken.

"That's what she is working on, I know she is keen to get to the bottom of it... if rules are found to have been broken, appropriate disciplinary action - as the PM said - should be taken."

Mr Argar refused to speculate about whether the PM was there but said "it's important rules are followed".

He said he had not been invited to attend any drinks and was "glued to Zoom" at the time.

He said he had lost a close relative during the pandemic who he wasn't able to see.

Mr Argar added: "I understand exactly how people feel about these allegations and about the impact on their children and their mental health."

Tory MPs have gone to ground since the email emerged on Monday night.

But former Scottish Tory leader Ruth Davidson tweeted: "This line won't survive 48 hrs. Nobody needs an official to tell them if they were at a boozy shindig in their own garden.

"People are (rightly) furious. They sacrificed so much - visiting sick or grieving relatives, funerals. What tf were any of these people thinking?"

“Sue Gray is a highly respected civil servant who will be carrying out an investigation to the highest standard.

“But the truth is out now. Not only did Boris Johnson know about the parties, he attended them and he lied.

“It’s time for the Prime Minister to stop hiding behind Whitehall inquiries and finally come clean.