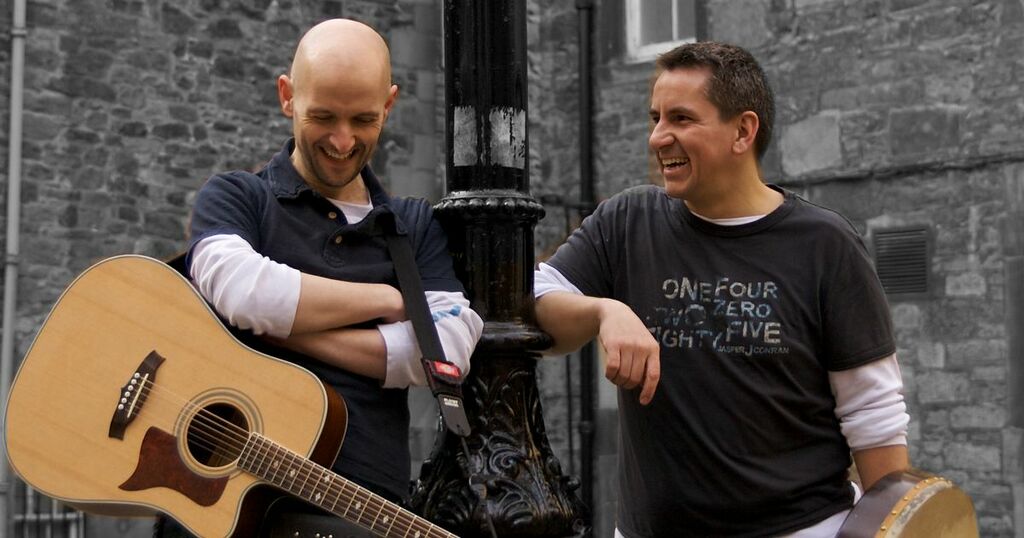 A popular folk duo are set to make their debut in Linlithgow next month.

The Sorries will perform in the town on November 6 performing the music and songs made famous by Scottish Folk superstars, The Corries, and recently earned rave reviews for their three-week concert run at this year’s Fringe.

They were due to play a fundraiser for Linlithgow Folk Festival Association in April 2020, but this was cancelled due to the pandemic.

Inspired by a love of The Corries, they perform a range of traditional songs from the Scottish songbook.

Although many of the songs the duo perform are hundreds of years old, the pair’s arrangements and harmonies make the tunes sound as fresh and vibrant as ever.

Martin and Douglas formed The Sorries during a tour of the Highlands where both were performing as part of separate projects.

Over a bottle of whisky, they decided that the duo is still an ideal format in which to present so many of the sensational folk songs in which Scotland is so rich.

The Sorries made their live debut in Edinburgh during December 2006 and during the next three years moved from the pubs of Edinburgh to playing sell-out shows all over the country.

2009 saw the duo complete a successful three week run at the Edinburgh Festival Fringe which garnered attention from the national press.

That first Fringe run was the start of an annual engagement which has continued ever since.

With audiences steadily increasing through the subsequent years, the lads have played venues including Hampden Park and Murrayfield.

In 2019 they played the Carnegie Hall in Dunfermline, sold out their run at the Fringe, went down a storm at Moscow’s Samhain Festival and released their sixth album, ‘The Chevalier’s Muster Roll’.

Plans for 2020 were curtailed by the coronavirus pandemic but the pair did work together remotely, recording their podcast The Scottish Song Guide’ (scottishsongguide.com), performing at an online Burns Night in America and a North American Whisky tasting.

August 2021 finally saw The Sorries back on stage in front of live audiences as they made an emotional return to the Edinburgh Fringe.

Their largest Fringe audiences to date demonstrated that the pandemic had done nothing to diminish either the public’s desire to hear Scotland’s traditional songs or the duo’s unique approach to delivering them.

Tickets for the show at the Rose Social Club on Saturday, November 6, are priced at £12 and can be bought at Wilson’s Newsagent and the Far From The Madding Crowd book shop on Linlithgow High Street - cash sales only.