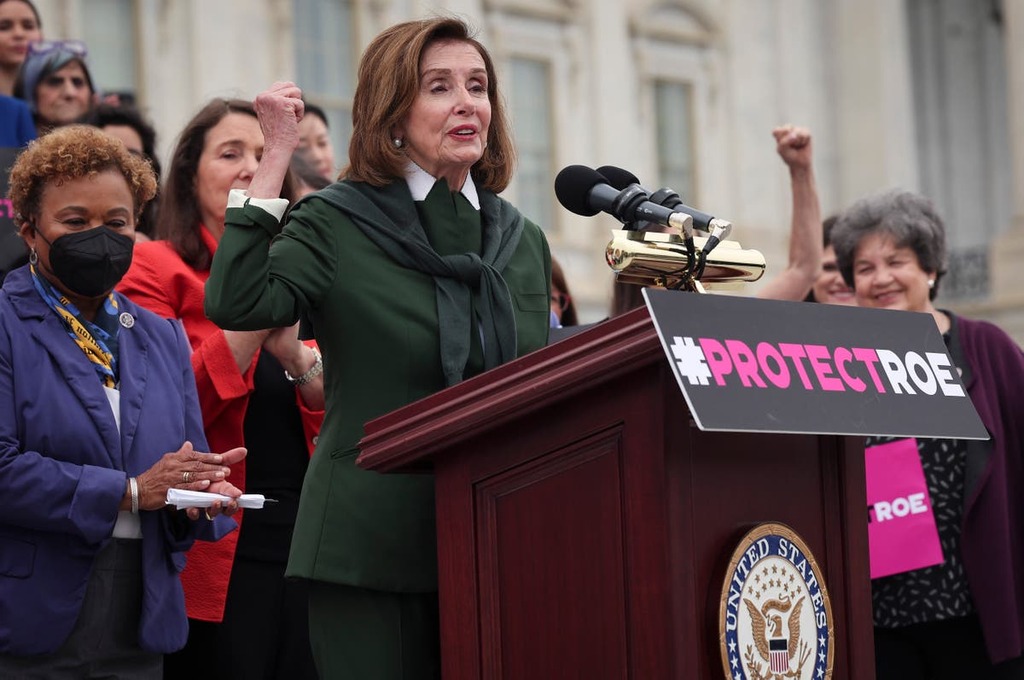 Abbott, Marjorie Taylor Greene and other GOPers want to fix shortage by denying formula to children in U.S. custody

New York congresswoman Elise Stefanik, the third-ranking Republican in the US House of Representatives, has been roundly criticised for calling her political opponents the “usual pedo grifters” as she joined GOP officials attacking the White House and congressional leadership for their response to a nationwide shortage of baby formula.

She claimed that the administration has “no plan” to address the shortage; the White House and House Speaker Nancy Pelosi have put forth plans to tackle the crisis, including a forthcoming vote to boost supplies for low-income families.

Congresswoman Stefanik’s use of “pedo” on 13 May follows an explosion of casual smears against LGBT+ people and their advocates from right-wing media figures and other Republican officials in the wake of opposition to GOP-led legislation targeting LGBT+ people.

Congresswoman Stefanik’s office told The Independent that “pedo grifters” refers to The Lincoln Project, a political action group made up of Republicans and former Republicans that has criticised Donald Trump and his allies.

A former member of the group, John Weaver, a longtime GOP political operative who advised John McCain and John Kasich, among others, allegedly sent unsolicited and sexually provocative messages online to young men. The Lincoln Project has no involvement in the baby formula shortage.

Democratic Michigan state Senator Mallory McMorrow – who was targeted in a campaign message from a Republican legislator claiming she is “grooming” and sexualising children – said Congresswoman Stefanik’s tweet is “straight-up QAnon rhetoric that led a gunman to open fire in a DC pizza place believing there were children trapped in a non-existent basement.”

Her comments referred to a long-running right-wing conspiracy theory threaded into the “Pizzagate” and QAnon movements alleging that powerful pedophiles are using the levers of government for sex trafficking.

“Anyone claiming to legitimately care about children should stop using rhetoric that will get people killed,” she said.

“One thing we are not going to do is follow House Republican leadership’s suggestion that we let babies starve,” said US Rep Don Beyer. “This genuinely is disgusting.”

Democratic US Rep Ted Lieu, a former prosecutor with the US Air Force, said “I know that pedophilia is a serious crime that harms the most vulnerable.”

“You trivialize pedophilia and victims of pedophilia by randomly and repeatedly calling people pedophiles,” he said. “You should be ashamed and you should apologize.”

“Rather than focus on ‘owning the libs,’ she should aim to re-grow a conscience. I mean that,” he said.

This week, Republicans and right-wing media personalities have been accused of relying on politically motivated anti-immigrant rhetoric during the formula shortage by criticising the Biden administration for feeding migrant children in custody at the US-Mexico border.

A recall of formula produced at a Michigan manufacturing facility – along with a Covid-19-fuelled supply chain issues – has made formula difficult for families to find, or subject to purchase limits in stores, after manufacturers shut down and warehouse stocks were recalled but not replaced.

President Biden has called on federal agencies to help address the shortages, including easing rules that manufacturers must follow for their products to be eligible under the Special Supplemental Nutrition Program for Women, Infants, and Children, or WIC, which supports low-income families.

Manufacturers have produced more formula within the last four weeks than in the same period immediately prior to the recall, an administration official told reporters this week.

White House press secretary Jen Psaki told reporters on Friday that the administration is aiming to get formula back into stores “as quickly as possible is our objective … but it’s going to be different store to store.”

The US Department of Health and Human Services has meanwhile created a landing page for families to find formula, food banks, and healthcare providers and other assistance.

President Biden also asked the Federal Trade Commission to “consider using all of its available tools and authorities to actively monitor the infant formula market and address any illegal conduct that may be contributing to scarcity and hoarding as well as study whether rural or smaller retailers are being put at a disadvantage.”

Abbott, Marjorie Taylor Greene and other GOPers want to fix shortage by denying formula to children in U.S. custody