Senator Richard Blumenthal of Connecticut is the main sponsor of the Women’s Health Protection Act, which would enshrine protections for abortion within law.

The push to pass protections for abortion came after Politico leaked a draft opinion by the Supreme Court that signaled the court’s intention to overturn Roe v Wade, the 1973 landmark ruling that guaranteed a woman’s right to an abortion.

Roe and Planned Parenthood v Casey, the 1992 ruling that affirmed the right to an abortion, remain the law of the land until there is an official ruling. But the potential for access to abortion significantly curtailed in many states expedited Democrats’ desire to pass some legislation despite the fact they do not have sufficient votes to pass the Women’s Health Protection Act and efforts to pass the legislation earlier this year failed.

Mr Blumenthal said that the legislation proposed by the Republican senators from Alaska and Maine won’t do enough to protect access to abortion.

“They're too many gaps and loopholes that would easily enable TRAP laws, that impose requirements, for example, that mandate width of hallways, admitting privileges,” Mr Blumenthal said. “But also permit six week bans, eight week bans. I think our legislation really fully and admirably protects reproductive rights in ways that draft doesn't.”

Some conservatives say the width of hallways is important to ensure patient safety while supporters of abortion rights say it has little or nothing to do with it.

TRAP laws refer to Targeted restrictions on abortion providers meant to make it harder for people to seek one.

According to the American Colleges of Obstetricians and Gynecologists, admitting privileges are formal agreements where a physician and a hospital that allow the hospital to directly admit patients to the hospital to provide services to the patient. The organisation says they are not necessary for the continuity of care.

Many states, including Texas and Oklahoma, have already passed legislation to significantly curtail abortion. Oklahoma Governor Kevin Stitt signed legislation earlier this week banning nearly all abortions past six weeks of pregnancy while Texas passed similar legislation last year, which led to people who wanted an abortion traveling up north to Oklahoma.

“I think our legislation fully and adequately protects reproductive rights in ways that that draft doesn’t,” Mr Blumenthal said. When asked whether he would work with either Ms Collins or Ms Murkowski to draft a compromise, Mr Blumenthal said “I’m happy to talk and I’m hoping that we will talk because any pro-choice Senator should back the Women’s Health Protection Act.”

Ms Collins criticised Mr Blumenthal’s legislation, saying his legislation supersedes federal and state protections for whether or not a provider can choose not to participate in an abortion for conscience reasons, such as religion.

The Maine Senator reiterated that point to CNN’s Manu Raju, saying the law would not protect the right of Catholic hospitals to not participate in an abortion.

But Mr Blumenthal refuted that claim.

“There’s nothing in there that requires any provider to provide any kind of care,” he said. The Collins-Murkowski legislation, known as the Reproductive Choice Act, says it would codify Roe and Casey’s rulings and says states cannot impose an “undue burden” on a woman’s right to an abortion before fetal viability but would allow states to impose restrictions after fetal viability and would allow states to enact regulations to protect women’s health and safety.

But Mr Blumenthal said that does still allow for severe curtailing of access to abortion. Under the Women’s Health Protection Act, state governments would not be allowed to restrict a provider’s ability to prescribe certain drugs for abortion, offer abortion services via telemedicine or immediately provide services if it’s determined a delay could harm a mother’s life.

The legislation also prohibits state governments from performing unnecessary medical procedures; require providers disperse misinformation about abortions; have credentials and regulations that do not have anything to do with abortion; or carry out all services related to one.

Ms Collins also said she was worried that Mr Blumenthal’s legislation could roll back the Hyde Amendment, which prevents the federal government from using federal dollars to pay for abortions.

“There’s nothing in this legislation about the Hyde amendment,” he said. “There is nothing in this measure that detracts in any way from existing protections based on conscience, religion. It doesn’t mandate that a hospital, or a doctor or any other provider do anything that is against religious principles or conscience.”

Alex Woodward contributed to this report 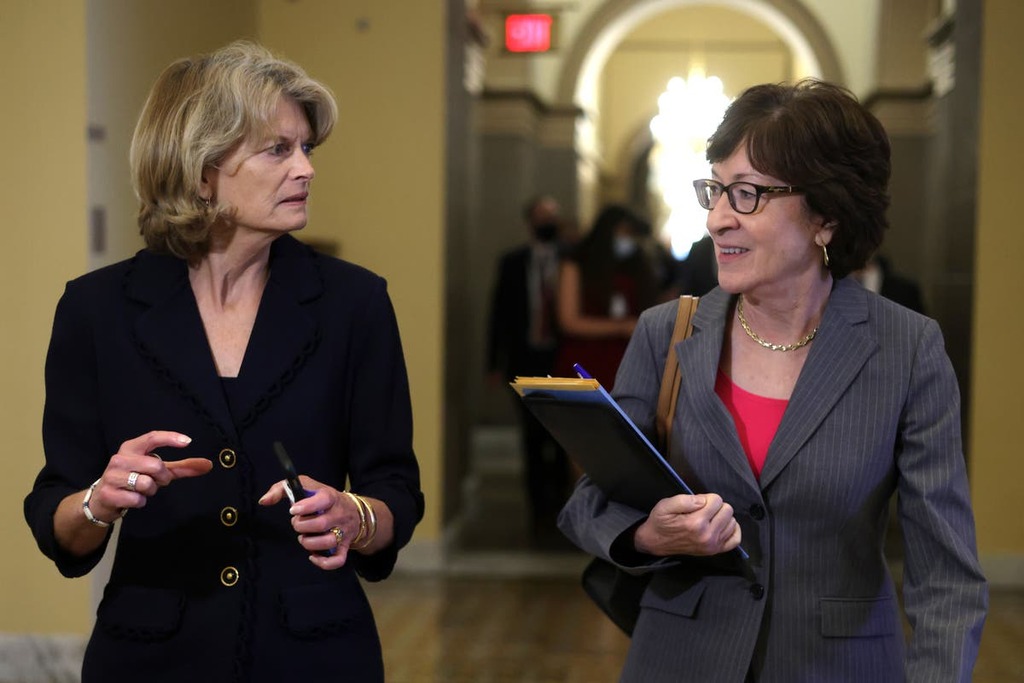 What is in Murkowski and Collins’ alternative abortion bill versus Democrats’ legislation?
Comes as Democratic senators try another run at the Women’s Health Protection Act

Their preferred vehicle to respond to the Supreme Court breach is all but sure to fail. Whether more abortion debate…