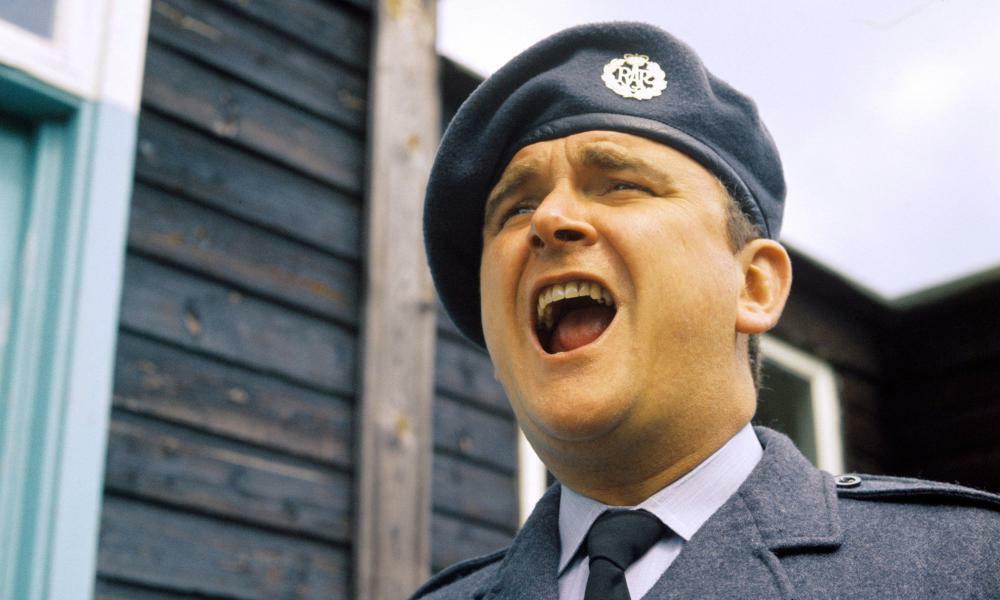 Tony Selby, who has died aged 83 after contracting Covid-19, was an actor whose versatility saw him switch between hard-hitting 1960s television dramas with the social-realist director Ken Loach and sitcom, where the following decade he starred as the sadistic Corporal Percy Marsh, barking orders at his young recruits in the RAF national service yarn Get Some In!

In 1965, after a string of minor screen roles, Selby landed the lead in 3 Clear Sundays, one of Loach’s early productions for the BBC’s Wednesday Play slot – and its effect was shocking. Written by James O’Connor, who won a reprieve – but not a pardon – after being sentenced to death for a murder he maintained he never committed, the story was about Danny Lee (Selby), a young man who does not get a reprieve.

Screened at a time when capital punishment for murder was a current issue, the play shows Selby’s character dragged, sobbing, to the gallows, with a rope put round his neck and the trap released. The actor brought an innocence and naivety to the role, as he progressed from chirpy Londoner to a man realising his fate, blubbing: “I don’t want to die.” Capital punishment was suspended in November 1965, seven months after 3 Clear Sundays was broadcast to an audience of 11 million viewers, and was abolished four years later.

In contrast, Get Some In! (1975-78) – set in the 1950s and written by John Esmonde and Bob Larbey – was all laughs, and launched the career of Robert Lindsay, who played Jakey Smith, a Teddy boy whose life is made a misery by his drill instructor. “My name’s Marsh,” bawled Selby. “That’s B-A-S-T-A-R-D … Marsh.” However, he again brought shades of grey to his portrayal, showing Marsh to be just as dim-witted as some of his ragbag charges.

In a different vein – and sporting a beard – Selby was one of Doctor Who fans’ favourite guest stars. He played Sabalom Glitz, the selfish mercenary from the planet Salostopus who forms uneasy alliances with Colin Baker and Sylvester McCoy’s incarnations of the Time Lord in two adventures, the series-long story The Trial of a Time Lord (1986) and Dragonfire (1987). The unbroadcast back story for the second revealed that Glitz had taken the virginity of the doctor’s young companion Ace (Sophie Aldred).

Tony was born in Chelsea, London, to Annie (nee Weaver), a seamstress and waiter, and Samuel Selby, a cab driver, and was brought up in Pimlico. At the age of seven, he performed in public for the first time as Al Jolson to sing for wounded wartime soldiers in London hospitals.

His longing for a career in acting led him to start at the age of 10 on six years of training at the Italia Conti stage academy. In 1950, he played Curly, among the young hero’s band of lost boys, in the annual production of Peter Pan at the Scala theatre, London, with Margaret Lockwood in the title role. A year later, he began appearing in BBC children’s television dramas.

Acting in Brendan Behan’s comedy The Quare Fellow in 1956 with Joan Littlewood’s Theatre Workshop, which provided an outlet for working-class voices, signalled a new career course for Selby. Later, in Saved (1965) with the English Stage company at the Royal Court – another theatre company breaking boundaries – he played Fred, the gang leader who fathers a baby and, with his friends, stones it to death. Edward Bond’s play, performed under “members only” rules, was a challenge to archaic censorship laws that led to their removal.

His first television role for Loach came as a singer in Catherine (1964), the director’s first TV play, written by Roger Smith. Approaching Kika Markham’s divorced woman in a bar and asking her “Do you charver?” (meaning “do you fuck?”, Smith once explained to me) was one example of the way television was also pushing boundaries. Loach later cast Selby in his Wednesday Plays A Tap on the Shoulder and Up the Junction (both 1965), and the film Poor Cow (1967).

Alongside guest roles as crooks in various television series, the actor played Sam Maxstead, reformed convict and assistant to the magician who uses his real supernatural powers to fight evildoers, in the first two runs (1970-71) of the children’s fantasy series Ace of Wands; the electricians’ leader Frank Chapple in Tony Perrin’s play The Union (1981); Norman Lugg, partner of Dick Emery’s private detective, in Jack of Diamonds (1983); and Max Taplow, Adam Faith’s chauffeur, in Love Hurts (1992-94).

In 2002, Selby was briefly in EastEnders as Clive Mitchell, uncle of Phil, Grant and Sam. Later, he was reunited with Robert Lindsay in a 2011 episode of the sitcom My Family when he played the long-lost father of Lindsay’s screen wife, Susan Harper (played by Zoe Wanamaker).

His West End stage roles included Lacey in Alfie (Duchess theatre, 1963) – a part he played, uncredited, in the 1966 film version starring Michael Caine – and Cullen in Tishoo (Wyndham’s theatre, 1979-80). Later, his portrayal of the wily, drunken Ben Rumson in a revival of Paint Your Wagon at the Open Air theatre, Regent’s Park, in 1996 earned him an Olivier award nomination for best supporting performance in a musical.

In 1964 he married Jacqui Milburn and they had two children, Matt and Samantha. They divorced in 1981, and five years later he married Gina (nee Bright, formerly Sellers).

She survives him, along with his children and his stepson Richard.