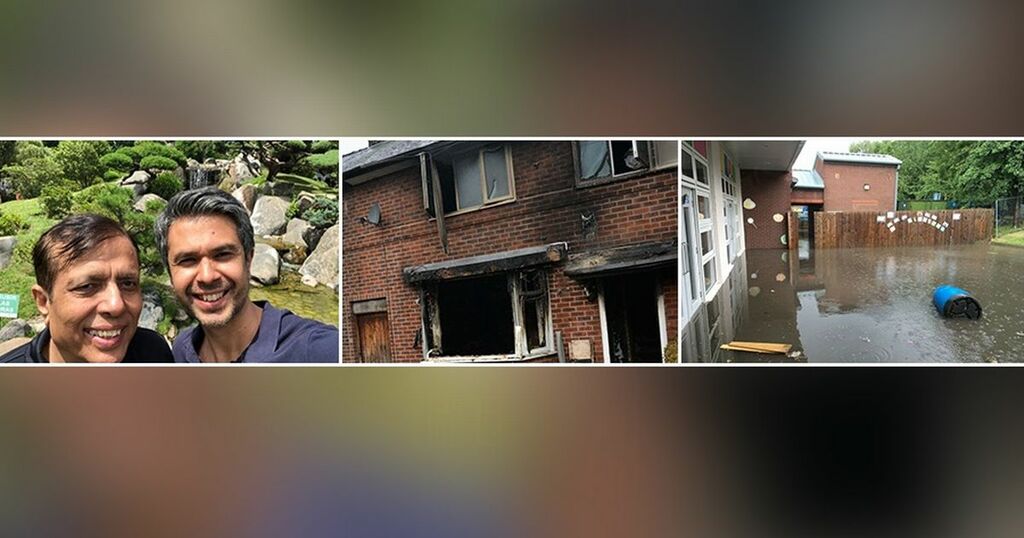 An exclusive investigation into what really went wrong at Greater Manchester Police.

A doctor's son who feels his father was let down by the NHS.

A devastating arson attack, a flooded primary school and a four-year-old boy left with a broken pelvis after a woman ran a red light and knocked him over.

These are just some of the top local stories on the Manchester Evening News website today (Thursday).

Below is our pick of five stories that you have been clicking on the most.

"He could and should have been saved" - Doctor who dedicated his life to the NHS was let down when he most needed it, says son

Professor Kailash Chand OBE devoted much of his working life to the NHS.

His death on July 26 sparked an outpouring of tributes which painted the portrait of a remakable man and 'fearless defender' of the public health service whose work had benefitted thousands.

So it is the cruellest of ironies that, in his final hours, the former Tameside GP might have been failed by the organisation he so dearly loved, fought for, and believed in.

His grieving son Dr Aseem Malhotra, a cardiologist, says the responsibility for an NHS he describes as simply ‘broken’, lies solely at the door of the Government, and its failure to heed years of warning signs.

But having learnt from his father the powerful art of ‘speaking truth to power’ Dr Malhotra is determined to continue Dr Chand’s legacy of fighting for its future.

The Manchester Evening News has, over recent months, reported frequently on the huge pressures on the North West Ambulance Service, and the health service as a whole - largely thanks to the efforts of NHS whistleblowers and staff.

Dr Malhotra, who warns the NHS is 'broken', is calling on the Government to urgently tackle a health crisis caused by the power of big corporations flogging processed foods, unhealthy diets and the over-prescription of drugs.

A family and children escaped a devastating arson attack which followed a petty row between college students.

Davide Imuetinyan, 19, and Benjamin Ankers, 18, went to the home of Elvis Azeta on Bordale Avenue having bought petrol.

Mr Azeta was not there, but his family were in the property at the time the blaze was started.

"The living room window was smashed and, having set light to the fuel, one of them threw it into the living room," prosecutor Matthew Curtis said at Manchester Crown Court.

"The fire set quickly but, fortunately, the family who were all inside were able to escape."

Elvis Azeta and Davide Imuetinyan had both been students at Openshaw college previously, and in the summer of 2019 they had a fight at a party.

Prosecutors said a 'personal grudge' developed between the pair.

The school where classrooms were evacuated as pupils 'paddled' in sewage... now it could be knocked down

It has been flooded with sewage, failed fire safety checks and was left with a completely unusable playing field after a botched refurbishment.

Now, just six years after its £2.7 million refurb, a Tameside primary school could be knocked down and completely rebuilt.

Carillion was the company which carried out work on Russell Scott Primary School, in Denton, from 2013 to 2015 - just over two years before it went bust.

In the months after the school reopened its doors, it had to evacuate children after its classrooms were flooded with raw sewage, while experts also found fire safety defects.

It has all been a nightmare for headteacher Steve Marsland, whose school was temporarily moved into a disused secondary school while the work took place.

But with work to patch up problems having already cost £670,000, and an estimated bill of £5 million to resolve all the school's problems, Mr Marsland is facing up to the possibility of more upheaval for Russell Scott.

Inside Greater Manchester Police's culture of denial, obfuscation and secrecy

Yet by the time the crisis at GMP officially started emerging last year, the warning lights had long been flashing, for victims, external organisations and many rank-and-file police officers themselves.

For while the headline criticism of the force was that it missed 80,000 crimes last year, according to the policing inspectorate, behind that sat something harder to measure: a broken culture. It is something impossible to count in a spreadsheet, or to list in a league table; hard to trace its history or arrest its development. But it is just as fundamental to understanding both what went wrong in the force and to turning around its fortunes.

A six-month investigation by the M.E.N. has uncovered a pattern, believe experts, that has echoes of policing scandals such as Hillsborough and, more recently, the findings of the Daniel Morgan Inquiry into the Metropolitan Police - a tendency towards obfuscation, denial, secrecy and an instinct to defend the indefensible.

BMW driver ran a red light and hit boy, 4, throwing him through the air while his sister watched in horror

A four-year-old boy was left with a broken pelvis after a woman ran a red light and knocked him over.

They waited at a pedestrian crossing for the green man to appear and Elliott ran slightly ahead of Danielle and Annie as they crossed the road. Despite it being a red light and therefore safe to cross, a black BMW driven by Nadeem came from their left and smashed into Elliott.

The court heard that Elliott was “thrown through the air” and Danielle feared that he would die. He was also calling for his mum while he lay in the road.