To prevent violence, work with young people before they need street interruption

Last week, warm temperatures brought a painfully familiar glimpse of summer in Chicago. The week began with multiple mass shootings and ended with a convergence of scores of young people in the city’s center that tragically ended with the death of 16-year-old Seandell Holliday near the iconic “Bean.”

Approximately 26 youths were arrested, one of whom is a 17-year-old charged in Seandell’s death.

The city’s initial response of a curfew on unaccompanied minors prioritized protecting Millennium Park over protecting young people. Meanwhile, one family plans a funeral and another prepares for engagement with the legal system.

At moments like this, we all struggle to understand how the violence continues. But when the moment passes, we allow the violence to go on as normal as long as it doesn’t hit our tourist spots.

I was once at the epicenter of this violence. I am now a nonprofit leader in Chicago’s violence prevention space. I have unique insight into the next steps needed to begin to make a real difference in young people’s lives.

To start, we need to become more proactive. Much of the work in violence prevention comes after harm has been done; millions of dollars are allocated to work with young people after they become justice-involved. We need to invest in the front end. As Frederick Douglass said, “It’s easier to build strong children than to repair broken men.”

Law enforcement knew young people would be coming to the park, and should have reached out to the violence interrupters who work closely with communities all over the city. The “violence prevention” landscape in Chicago has grown significantly over these past five years, becoming a multimillion-dollar ecosystem that focuses on street-level violence interruption, cognitive behavioral interventions, wrap-around services and work force development. With just a few tweaks, this evolving “credible messengers” model of intervention and support is on the threshold of making a real difference.

We desperately need policies that would enable people with backgrounds such as mine to do preventative work in schools, where it has the greatest reach and impact. The credible messengers program enlists people with lived experience to mentor young people deemed “at-risk” because they’re likely to shoot or get shot, and who are already linked to our legal system. Through direct engagement, they literally disrupt violence.

But in Chicago, those same credible messengers are kept from helping our most vulnerable youth because those with backgrounds are barred from working in schools. Sadly, that means the teenager accused in this most recent shooting has access to this kind of transformative mentorship only because he has become enmeshed in the legal system, and not through his identity as a student.

We keep those who can help the most from those who would benefit the most, until it is too late.

Second, we need policies that promote long-term transformation for those performing immediate interventions. The credible messenger program’s primary asset — people with direct experience — is, again, a hurdle. The professional identity of these mostly Black credible messengers is tethered to the worst moments of their lives. Their most essential qualification relegates them to entry-level work. They, too, need opportunities for professional development and growth.

When Chicagoans hear the term “violence interrupters,” they should appreciate that the men placing themselves in harm’s way every day themselves need support. Investment in them is investment in our communities.

It is despite my background that I can do this job. It is because of my background, though, I’m excellent at it. We must extend Black mentorship beyond credible messengers so those with lived experiences can work preventatively with young people in schools before they need street interruption.

At ConTextos, where I provide trauma-informed programming to support healing, we call these mentors living proof. I’m proud to be living proof of what’s possible for all young Chicagoans if we invest the resources to support, educate and empower them. Maybe then, we would find the will to invite our young people into our parks at all hours, because we know our youth of all colors are the real jewels of our city.

Johnny Page is co-director of programs and partnerships for ConTextos. 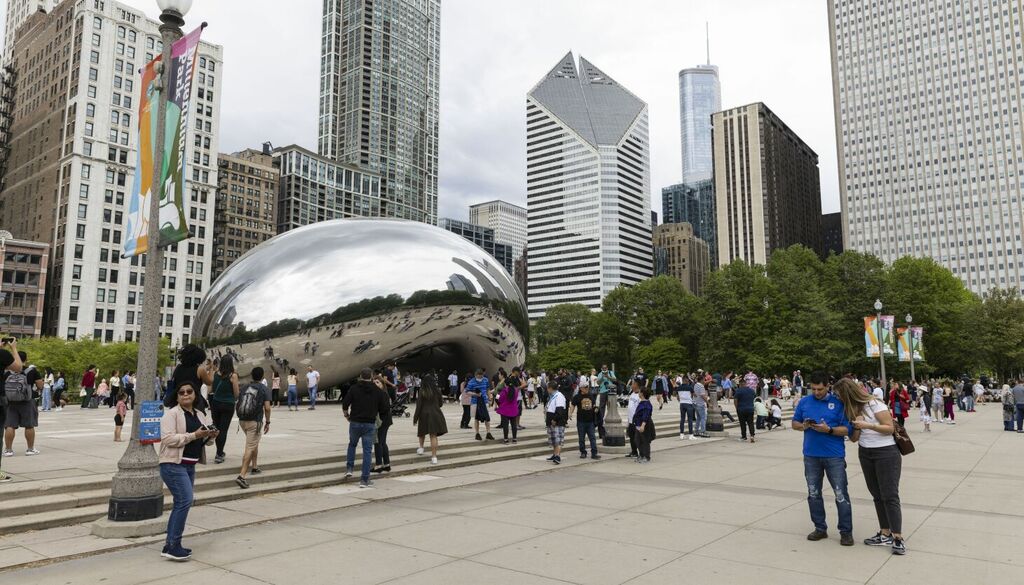 Instead of youth curfews, here’s how to get serious about violence prevention
We need more alternative activities for these young people, summer jobs, outreach workers downtown to engage with youth and more.

Chicago Sun-Times
From analysis to the latest developments in health, read the most diverse news in one place.
Research shows curfews won’t work to curb crime among young people

An end to gun violence will take more effective gun regulation and long-term solutions that focus on jobs, education, mental…

Chicago Sun-Times
As violence spikes, CPS taking need to provide activities for students ‘very seriously’ — and says teens shouldn’t get all the blame

No students at Finkl Academy were injured, but classes had ended 15 minutes earlier and many students were still around…

Chicago Sun-Times
One place to find news on any topic, from hundreds of sites.
£3million to steer suspects as young as 10 away from knife crime