Titans get back on track, top Jags 37-19: Instant analysis, highlights 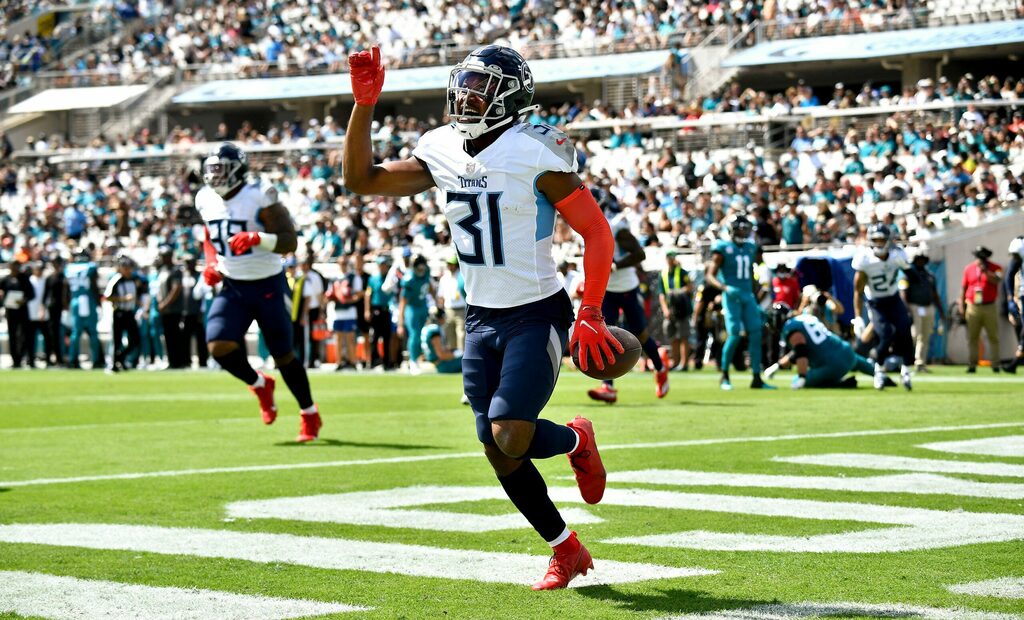 The Tennessee Titans needed a get-right game in Week 5 and got just that for the most part after topping the Jacksonville Jaguars in Duval, 37-19.

To nobody’s surprise, Titans running back Derrick Henry had a monster game against the Jags once again, which has become commonplace for the star running back during his career.

The King put the offense on his back with 130 rushing yards and three touchdowns on a day when the passing attack struggled to get much going during the second half.

Tennessee’s defense also came up with several big plays, as the unit made a pair of fourth-down stops in the fourth quarter, including one at the goal line, and managed to force a turnover in the first quarter that was returned for six by Kevin Byard.

However, the defense, which was mostly bend but don’t break in this game, did have plenty of blemishes, though.

Regardless, the Titans did more than enough to beat the Jaguars on Sunday. Now, let’s take a look at everything we know from the Week 5 win.