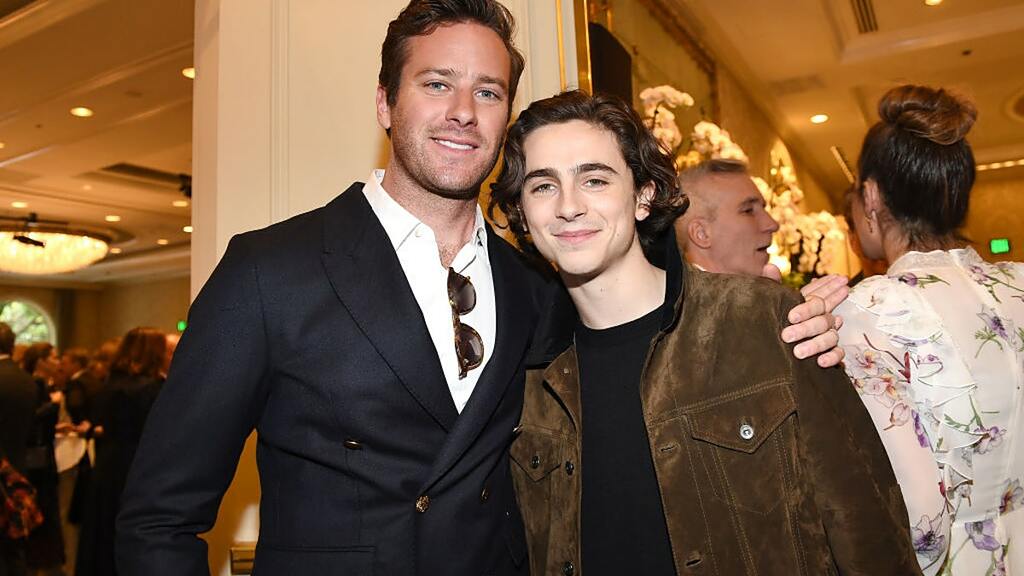 Timothée Chalamet has addressed the sexual assault allegations levelled against his Call Me by Your Name co-star Armie Hammer for the first time publicly.

In an interview with Time magazine, the Wonka star was asked about the downfall of Hammer, which began last year when a series of graphic DMs allegedly between him and several women leaked on social media. The screenshots appeared to show Hammer speaking to the women in a way that is domineering and violent. At some points, the DMs spoke of drinking blood, sexual control, and gave reference to cannibalism.

When asked about the allegations by Time, Chalamet responded: “I totally get why you’re asking that, but it’s a question worthy of a larger conversation, and I don’t want to give you a partial response.”

Armie Hammer was accused of rape in March of this year. At the time of the rape allegation, Hammer’s attorney issued a statement, saying, in part: “From day one, Mr. Hammer has maintained that all of his interactions with [the accuser] — and every other sexual partner of his for that matter — have been completely consensual, discussed and agreed upon in advance, and mutually participatory.”

The rape allegation led to a subsequent investigation by the Los Angeles Police Department.

So why is Timothée Chalamet being asked about Armie Hammer’s allegations? Well, the pair appeared to have a tight-knit relationship, especially around the time Call Me By Your Name was released.

Chalamet and Hammer starred alongside one another in the 2017 flick, which is considered to be Chalamet’s breakout role.

At one stage there was talk of a sequel to the iconic flick, but filmmaker Luca Guadagnino never finished writing a script, and ever since the Hammer allegations, the project appears to have been abandoned.

In the wake of the allegations and the social media shitstorm that ensued, Hammer was fired from numerous projects and dropped by his agency and management.

A recent Vanity Fair report claimed that Hammer had checked himself into an in-patient facility for drug, alcohol, and sex issues, according to three separate sources who spoke to the publication.

A family friend said that Armie “is committed to getting healthy and having custody of his kids.” The close friend added, “This is a clear sign that he is taking back control [of] his life and knows that this [is] a step towards his overall well being.”

Head here for a comprehensive timeline of events.

The post Timothée Chalamet Has Publicly Responded To The Armie Hammer Allegations For The First Time appeared first on Pedestrian TV.