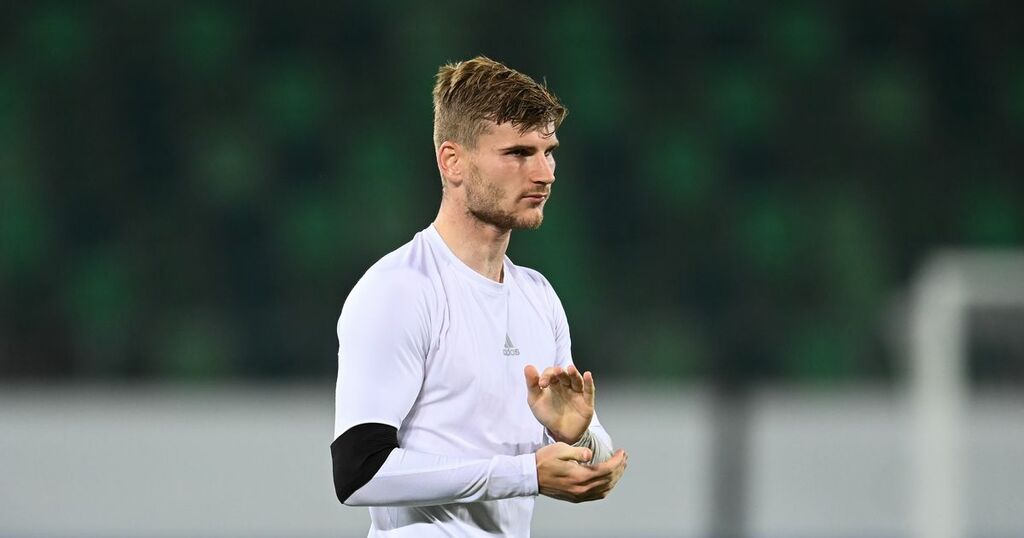 Timo Werner remains "open-minded" over his future at Chelsea, according to fresh reports.

90Min are saying that the Germany international is not determined to leave the Blues in the near future but he is said to be keeping an open mind with Bayern Munich supposedly interested in his services.

Werner signed for Chelsea last summer from RB Leipzig in a deal believed to be around £45million, but struggled at times during his first season with the west London club.

The Germany international still managed to bag himself 12 Premier League goals in his debut campaign in the English top-flight, but was also guilty of missing some seemingly straightforward chances in front of goal.

With the arrival of Romelu Lukaku last month, his future at Chelsea now looks in doubt. Werner was an unused substitute in the Blues' recent 1-1 draw with Liverpool prior to the international break.

The challenging season Werner endured last time out was described by the man himself as the "worst time of his career".

He told Sky Sports earlier in the year: "The smile wasn't of my face all of the time. You have to keep smiling, that is the most important thing because when you are not happy and you do not enjoy football, and you are always angry or mad, you can't go back to moments where you can play good football.

"The period where I didn’t score was the worst time of my career because I’d never missed so many big chances. I’d never been so long without a goal, so I was very happy it ended two games ago. It was a difficult time without those feelings."

As well as this, speaking in May, Werner insisted that he did not want to quit Chelsea in the summer and that it isn't something that even crossed his mind.

"Of course," Werner told the Daily Telegraph when asked if he wanted to stay at Chelsea.

"In terms of scoring and missing chances, it was the worst season. But in the end I still have 27 goal contributions.

"I think I’m the first in our team for that, so it was not everything bad and I don’t think about leaving the club this year, for sure not.

"And also for the next year because I think we have a very good team and I hope to come back to scoring and that I can do everything that’s expected of me."

He added: "I think a lot of people’s expectations for me, outside the club but also inside the club, were very high because of my goalscoring record.

"I also assisted many goals last year in my old club, but I think the main reason why they brought me here in the club is to score and maybe at the end 12 goals and six goals in the Premier League, that’s not good enough.

"You have to say that I have 12 goals and 15 assists or something like that in every competition and 27 goal contributions, that’s not so bad in what’s maybe my unluckiest season, maybe my worst season I’ve had for many years.

"If I’m scoring next season, hopefully, maybe people will become happier with me."

Werner enjoyed a superb international break for Germany, with the forward netting in all three of his country's games and will be hoping he can continue his fine run for Chelsea when they face Aston Villa on Saturday evening.