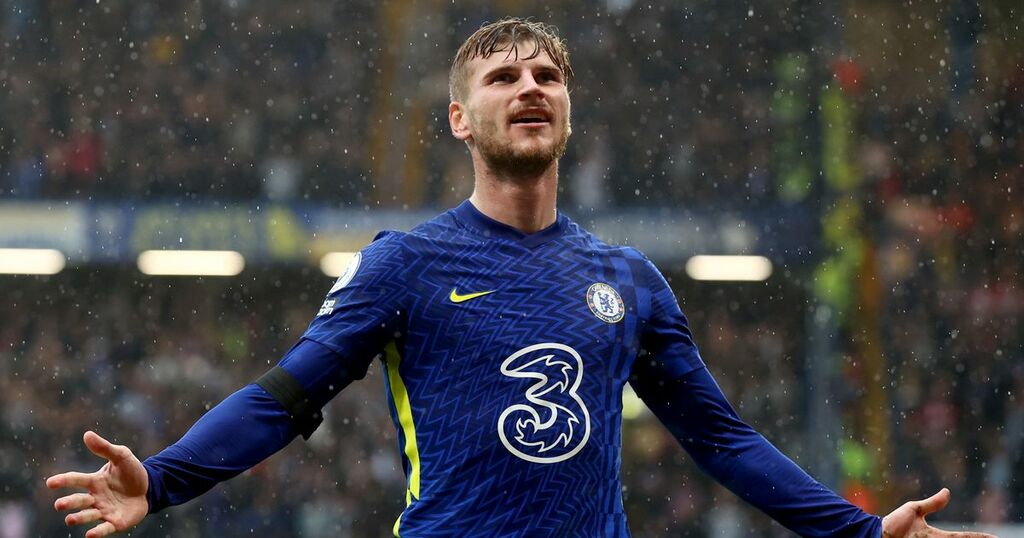 I have sufficient evidence that Chelsea fans are the most loving fan base in the league. They back their players through thick and thin unless you give up on yourself. Timo Werner is living proof.

The comparison between Werner and Alvaro Morata is uncanny. Both were signed to score goals, and both struggled immensely to replicate their previous form. Morata left Chelsea with a disappointing 24 goals in 72 appearances for the club. Werner currently has 18 goals for Chelsea in 68 appearances.

How does one come back from that kind of pressure?

The answer is with a little bit of support from the fans.

Although their goals to games record are quite similar, Werner has managed to do what Morata couldn’t and win Chelsea hearts with a desire to put things right, and that speaks volumes about the kind of fan base that we are.

We forgive those who seek forgiveness on the pitch. I guess that’s why when it comes to Werner, Chelsea fans chant I just can’t seem to get enough at him every game.

Chelsea faced Chesterfield in the FA Cup third round, and after scoring the opener, the fans struggled to tame their happiness for Werner. After witnessing most of his matches at home with COVID-19 restrictions, the fan base returned to stadiums in full support of Werner. Every time he gets on the score sheet, the reception resounds at Stamford Bridge which is quite surprising.

Werner spoke about the fans support last year by saying "They always stay behind me, and the team (Chelsea Fans). They want to push me and play my best level here as I did in the past. The best thing I can do is to give my best, to try every game to make them happy."

It's not so similar to the response of Morata during his 18 months at the Bridge. Morata's Chelsea career is quite similar to that of Werner. He had a decent start, but it fizzled out quickly into several runs of bad games for the Spaniard.

Comparing the two forwards' first seasons at Chelsea, Morata scored more goals than the German did. However, he came into the second season with a vastly hostile reception. Werner, on the other hand, was given a warm welcome. You could say that it was because he had just won the Champions League, but I would disagree.

Does winning the Champions League help his case? Yes, but Werner’s efforts still won the fans over before winning. The difference between the two was that the German would never give up whilst the Spaniard seemed tired of his situation. There’s only a certain amount of sympathy you could give to a £60 million striker who struggled to keep his head high during Chelsea’s most difficult hours.

After Gianfranco Zola’s remarks, urging Morata to deal with the pressure of being Chelsea’s number 9, Morata refused to celebrate his goals against Nottingham Forest. In comparison, Werner acknowledges the pressure of playing for a big club with a high profile and wants to do better.

Despite the missed sitters from the German or the numerous offside calls against him, you’d never see Werner’s head down on the pitch. You’d rarely hear of him complaining about the pressure to score goals. He acknowledges his weakness and continues to try and rectify his mistakes every time he plays.

That’s why the fans continue to support him. That’s why he has the best fan chant in the club. That is why we love him.

Make sure you have subscribed to CareFree Chelsea on YouTube! The Fan Brands team along with plenty of your football.london favourites will be producing daily Chelsea content for you to enjoy including match reactions, podcasts, football fun and interviews. You can follow Anita Abayomi from the CareFreeChelsea team to keep up to date with his work.