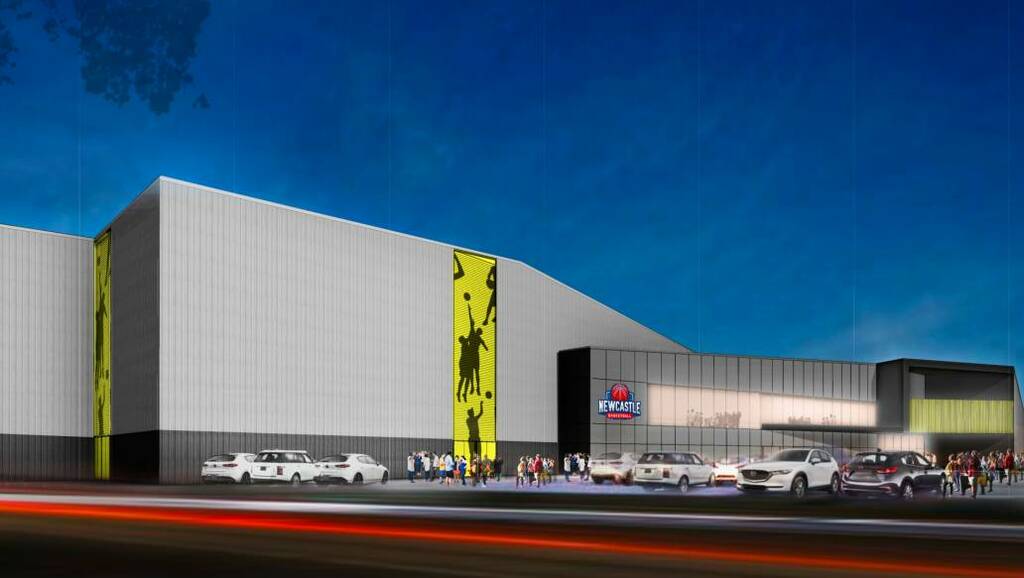 Residents are calling for transparency over the proposed new basketball stadium at Hillsborough after the development was placed on hold.

Newcastle Basketball lodged an application in June last year to build a new 10-court stadium on Hillsborough Road which would replace the ageing Broadmeadow headquarters. The NSW government has committed $25 million to the project.

But a consulting group wrote to Lake Macquarie Council on behalf of Newcastle Basketball on Friday asking to pause the assessment, while "clarification and further detailed information relating to the proposed development" is obtained.

Council had previously requested further information from the applicant regarding "various technical aspects" of the development.

"The processing delay will depend on the length of time the DA is kept on hold. That is a decision for the applicant," a council spokesperson said.

Newcastle Basketball manager Neil Goffet said the organisation was not in a position to comment on the proposal.

The deferral comes just a few weeks after revised plans were submitted for the project following uproar from the community about perceived traffic and parking issues, which were raised during a consultation session in June. The session was held by the Hunter Joint Regional Planning Panel (JRPP), which will ultimately decide the fate of the application.

Documents submitted to council on August 29 outlined a reduced stadium seating capacity from 3800 to 2200 and an increase in car parking from 209 spaces to 355. Access to the site is proposed via Waratah Avenue, which residents have opposed due to it being a suburban street.

An updated event management plan has also been submitted, laying out events with more than 1100 spectators, players and staff, which the document says may occur up to 16 times per year.

Resident Marcia Spitzkowsky said the deferral was "devastating" after more than a year since the DA was lodged. She said there had been a "lack of transparency" about the plan.

"Our lives are on hold until we know what's going on," she said.

"Reading through the documentation, it's clear there's going to be some huge impact. Whether it's 4000 seats or 2000 seats, it's coming into an area that was never designed for that sort of thing.

"We're waiting to see whether we have to move as a result, but I believe it's going to impact on property prices."

Ms Spitzkowsky questioned how the delay would comply with directions from the JRPP, which said at a July briefing it would advise the applicant that all amended DA plans and materials were to be supplied to council by the end of August.

"This timeframe will provide council with sufficient time to reexhibit the DA and complete its assessment to enable a determination prior to the end of 2021," notes from the briefing said.

Residents have also questioned the choice of site, saying while they supported a basketball stadium, it was in the wrong location.

The site was chosen from a shortlist of seven locations council forwarded to Newcastle Basketball, after it approached council about a new basketball facility in Lake Macquarie.

"Newcastle Basketball considered the land at Hillsborough Road to be most suitable," a council spokesperson said.