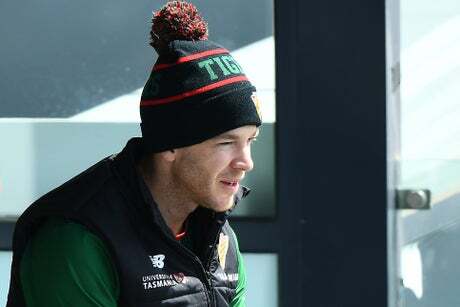 With the Ashes 16 days away, Tim Paine has returned to action after injury and the sexting scandal that cost him the Australia captaincy, while England are due to begin their warm-up programme in Brisbane on Monday night.

Paine resigned in tears after three years as Australia captain after the emergence of lewd messages and an explicit image he had sent a Cricket Tasmania employee four years ago.

The married father of two has not played cricket since April because of a neck operation that delayed the start of his season. Paine turned out on Monday for Tasmania’s second team against South Australia, taking six catches behind the stumps.

With competition for his place coming from Alex Carey, Matthew Wade and Josh Inglis, Paine must prove his form and fitness before the First Test against England on December 8.

Pat Cummins is expected to be announced as his replacement as captain this week, although Steve Smith remains a candidate.

England will play a three-day intra-squad match at Redlands CC, but are without the five players (and support staff including Chris Silverwood) who were involved in the T20 World Cup.

England have 13 Ashes squad members on the ground in Brisbane (they left quarantine on the Gold Coast on Saturday) as well as a full Lions squad.

This fixture is expected to be glorified middle practice, before a more competitive intra-squad match in a week’s time (by which point the whole group will be together).