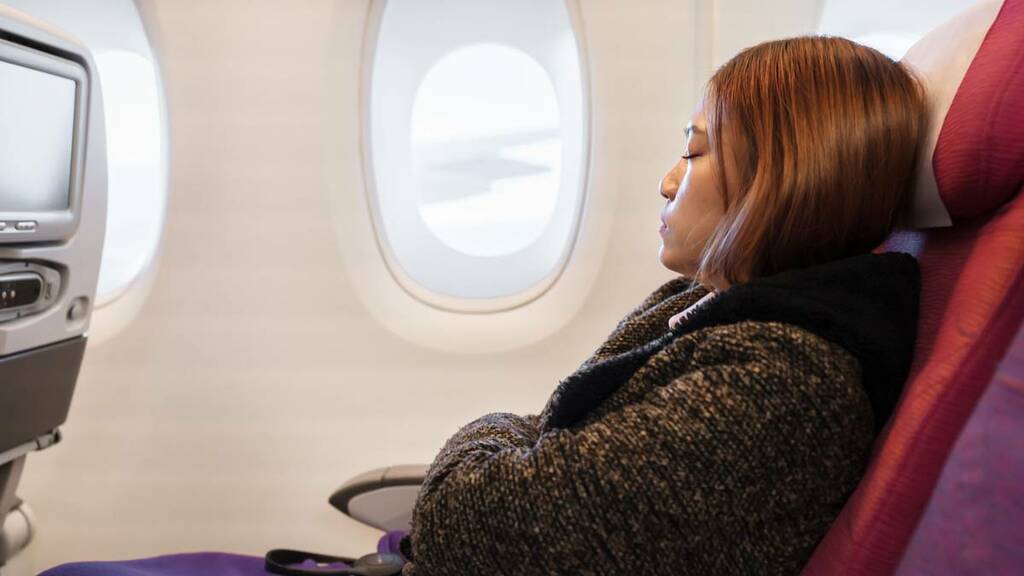 One traveller's unusual technique for sleeping on planes has gone viral with fellow passengers describing it as 'genius'.

However, a recent TikTok has caught the attention of more than a few hundred thousand fans.

The video, titled "Travel Life Hack", begins with Kristen telling viewers "I came up with one of the best ideas of my life."

"I have purchased five different travel neck pillows and they all suck. I wished something would hold my neck in place, something like a neck brace.

"And I had an epiphany - why not just buy a neck brace?"

Kristen admitted the black Walmart neck brace was an odd sartorial choice but suggested covering it with a scarf.

Getting some shuteye on a plane isn't easy.

Avoiding the difficulty logistics of travel pillows or waking up at your destination with a crook in your neck from awkward airplane seats, the neck brace is a game changer.

"When you lay back, your neck isn't going anywhere," she said.

Posted on September 2, the video has received X views, over 12,400 likes and 263 comments. Many users commenting that they would try her advice or sharing other ways to get good quality sleep on a flight.

"I'm about to fly and I'm SO doing this!" wrote another user.