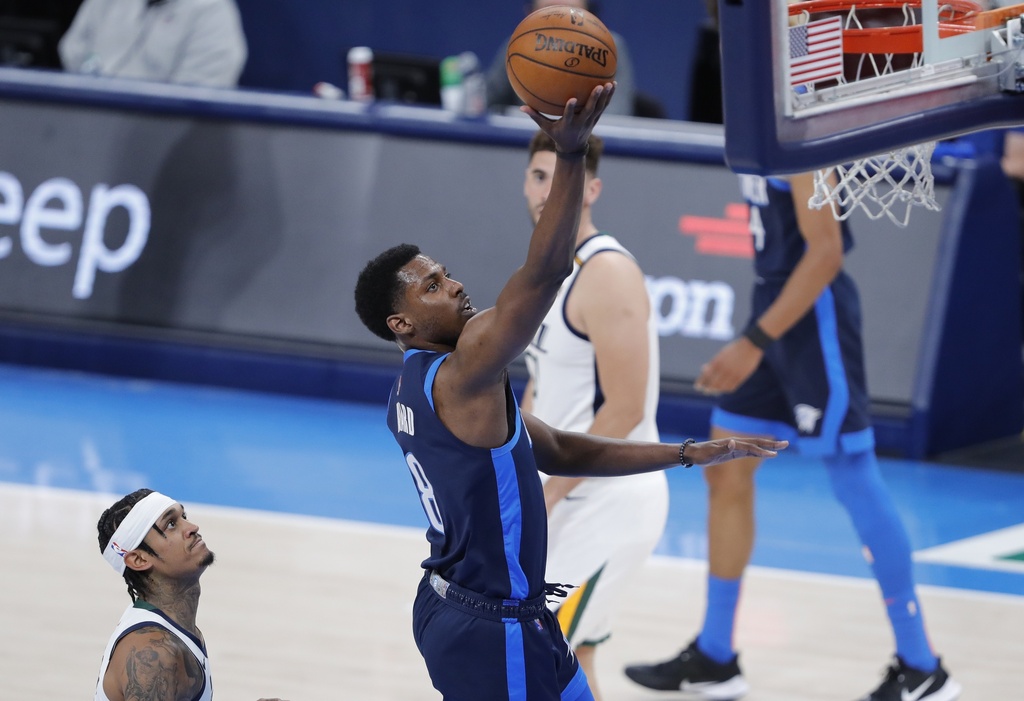 The Oklahoma City Thunder waived Rob Edwards and used his open roster spot to sign Jaylen Hoard to Monday, and then waived Hoard on Tuesday.

This opens the door for OKC to potentially add them to the Blue, the Thunder’s G League affiliate, according to The Oklahoman’s Joe Mussatto.

Edwards played on the Blue last season and spent this offseason on the Thunder, during which he played on the summer league team.

The 6-foot-5 24-year-old was considered a sharpshooter at Arizona State University and provided that deep threat for the Blue last season.

Hoard appeared in 19 games for the Thunder last season. Athletic and listed at 6-foot-8 with a 7-foot-1 wingspan, Hoard had the ability to play both forward positions and center when called upon.

While versatile, Hoard lacked a strong enough skill set in any specific area to make the Thunder roster this season. He can develop with the Blue, if that’s what he and Oklahoma City so choose, and potentially play for the Thunder at some point this season.

The Thunder’s next preseason game, which will be against the Denver Nuggets, is scheduled to tip off at 7 p.m. on Wednesday.