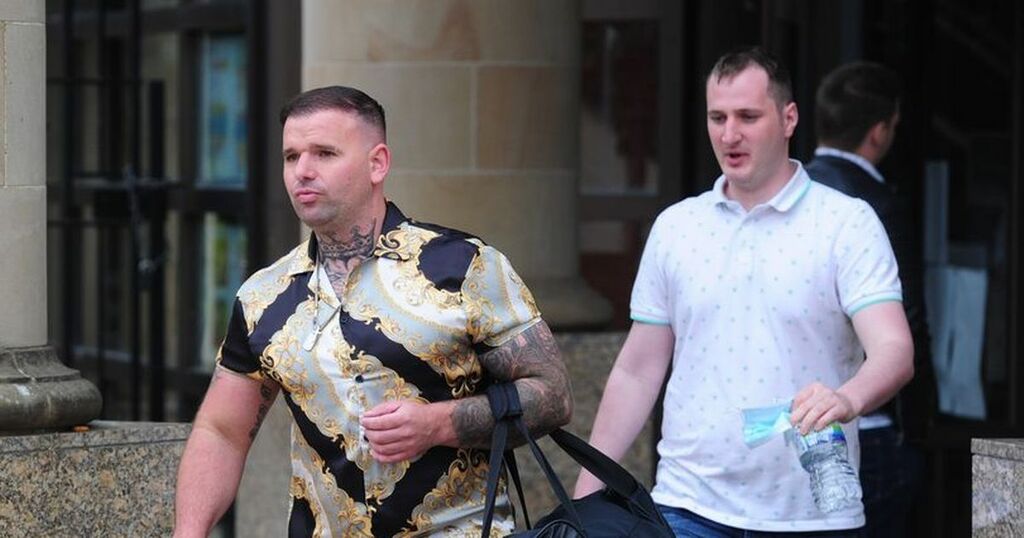 Two thugs who brutally attacked a man blamed for a boy accidentally hurting himself have been jailed for a total of almost nine years.

Nathan Shaw, 32, and 34-year-old John Lawrie pounced on David Fulton at the victim's home in Tarbolton, South Ayrshire on September 29, 2019.

The 37 year-old suffered a fractured skull and eye socket after being battered with metal poles.

The victim's partner Charlene Stirling was also hurt after being struck by Lawrie.

Shaw and Lawrie, both of Muirkirk, East Ayrshire, were sentenced at the High Court in Glasgow.

Lord Matthews jailed Shaw for three years and 11 months with Lawrie locked up for four years and nine months.

The pair had earlier pled guilty to assaulting Mr Fulton to his severe injury, permanent disfigurement and danger of life.

The judge branded what happened as "cowardly and despicable".

Mr Fulton offered to take the child to the park. He ended up with a red mark after hurting his hand.

Prosecutor Derick Nelson said: “It is Mr Fulton’s position that he did not see how this happened but the boy told him it happened on the rope on a zip slide.

“When the boy returned home, he told his mother that the injury was caused by Mr Fulton.

“Mr Fulton told her it was caused accidentally.”

But, Shaw and Lawrie later turned up at the victim's house wearing dark clothing, beanie hats and gloves.

Mr Nelson said: “Shaw told Mr Fulton that he had heard he had harmed the boy.

“Mr Fulton said it was an accident but he was asked to come outside and ‘sort it out’ adding ‘we won’t leather you’."

Mr Fulton refused, but the thugs then climbed in through a window and attacked the man.

Mr Nelson said: “Both men struck him four or five times each to the head and body with the metal poles.

“Miss Stirling tried to pull Lawrie away but he struck her once with the pole before hitting Mr Fulton again.”

The pair then fled the scene before officers arrived at the blood-stained property.

Both Mr Fulton and Miss Stirling needed hospital treatment. The hearing was told both remain badly affected by the ordeal.

Shaw's lawyer Louise Arrol told the court: "He recognises that his conduct was completely inappropriate and that he acted in a vigilante way."

Ronnie Renucci QC, defending Lawrie, said: "It should have been glaringly obvious to him that he should not have gone along."

Lord Matthews said Shaw would have been jailed for four years and Lawrie six, but for the guilty pleas.

The judge added: "You know perfectly well that if you were concerned about any alleged mistreatment of the boy you should have gone to the police but instead you carried out a vicious attack."