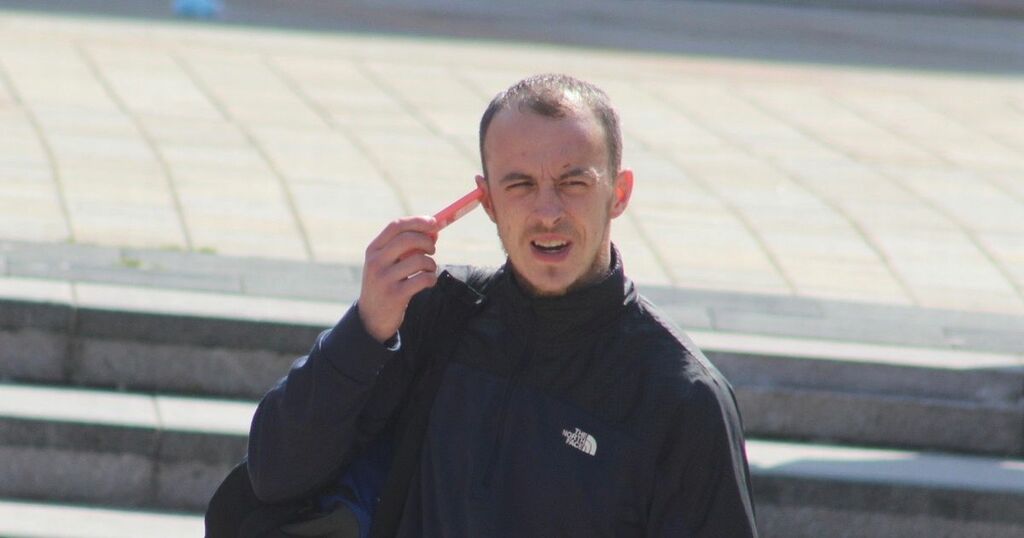 A man was threatened by a thug wielding a claw hammer who threatened to "cut him" outside McCooley's.

Martin Breen approached Shannon Gaynor on five occasions on two separate days and also threatened a rail worker at Moorfields Station on an earlier occasion, threatening to “smash your f****** face in.”

Breen, 32, who was identified from CCTV footage, has a previous conviction for possessing a bladed article.

READ MORE: Mum who attacked officer gets time off curfew for Spain holiday

Liverpool Crown Court today heard that Breen was the victim of a serious assault last December which may have exacerbated his epilepsy and affected his behaviour sentence was adjourned until next month, his barrister Brendan Carville said.

Judge Neil Flewitt, QC, told Breen: “I am making you no promises but I’m going give Mr Carville an opportunity to get some medical evidence to see whether it establishes what happened the week before Christmas contributed to the way you behaved on these occasions to such an extent that it reduces your culpability and makes you less blameworthy.”

He said that it might allow Mr Carville to argue for a suspended prison sentence to be imposed even though he already has a six month suspended sentence, imposed in September 2019 for burglary, hanging over him at the time the offences.

Judge Flewitt further remanded him on bail but warned him: ”One way to make sure you go to prison is to step out of time in the meantime so make sure whatever you think about authority and other peoples’ reactions you keep your temper.”

Martyn Walsh, prosecuting, told the court the first incident happened on December 4 last year when Breen got off a train at Moorfields when he put his ticket in the face of train worker who asked to check it. He then forced his way through the barriers and made threats.

He told him: "If there were no cameras I would smash your head in."

Mr Walsh added: “Breen squared up to him intruding in his personal space and the worker was concerned for his safety. Other males told him to leave and he did.”

On the afternoon of April 13 this year Mr Gaynor was in the Mathew Street area where some bins were placed in the road stopping traffic nearby, so he moved them out of the way.

Breen appeared screaming at the top of his voice asking why he had got involved but Mr Gaynor remained calm.

A few hours later Breen saw Mr Gaynor again in Mathew Street and started calling him “an undercover-cop” trying to antagonise him.

Breen threatened he was “going to cut him” before leaving the area.

Six days later Mr Gaynor was outside McCooley's bar in Mathew Street when Breen approached him aggressively saying: “I remember you, you’re not the police. I’m going to stab you now."

Mr Walsh said: “He approached Mr Gaynor with his hands down his waistband and he believed he was gong to reach for a knife because of the threats made."

Mr Gaynor stepped backwards and Gaynor continued being aggressive and came closer. Mr Walsh said: “Mr Gaynor pushed him back and the defendant tried to attack him weaving his arms in the area.”

Breen ran off but returned a few minutes later for the third time and threatened to stab him “off camera” and saying he had a knife. Mr Gaynor tried to appease him and after Breen left the police were called and Breen was located and arrested.

Mr Carville said that Breen had had a bad epileptic fit on Saturday and had spent two days in hospital after being found unconscious in Victoria Street. He is due for a MRI scan on September 21.

“He is not in the best of health and clearly has attitude problems. He was anxious to put his behaviour behind him and had brought his bags with him expecting immediate imprisonment. The court heard that his previous knife conviction placed him at risk of a minimum six month sentence.

But Mr Carville said that it was possible the assault he suffered last December had exacerbated his epilepsy and asked for more medical evidence to be allowed to be produced.