Thrower thrilled she didn't put the hammer down

Radiographer Nicole Bradley never pictured herself competing at the Birmingham Commonwealth Games, after going through a rough patch in her athletics career. But the hammer thrower is glad she persevered - to be one of three Kiwi women throwers at the Games.

This time last year, Nicole Bradley was on the verge of quitting the sport she’d dedicated so much of her life to.

“I was going to give up. I had three months off but I wasn’t sure I’d come back,” says the 30-year-old hammer thrower.

“I was so miserable competing. I wasn’t enjoying it at all and not enjoying the process of training.”

The five-time national champion eventually decided to return to athletics in a bid to throw 70m in competition. The mark was the driving force for Bradley through the prolonged Auckland lockdown last year, throwing by herself for months on end in muddy Auckland parks to get her training done.

Then at an Auckland centre club meeting on the North Shore last December, Bradley finally did it - throwing 70.07m (a personal best by 3m). In doing so, she cemented her case for selection for the two major international championships in 2022 - the world championships and the Commonwealth Games.

“I was so happy to throw 70 metres. I’d thrown it in training but you know, it’s not real until you do it in competition,” says the radiographer who works part-time for Auckland Radiology Group around training commitments.

“It’s taken a long time. Even my dad told me to retire to a year-and-a-half ago. He said ‘It’s time to earn some money and buy a house and be real.’ I think he didn’t think I could throw 70 metres.”

When the distance was read out after her throw, Bradley remembers being in shock. At the fence line of the track, her coach Mike Schofield told her she’d thrown over the B standard for this year's Commonwealth Games in Birmingham

Bradley’s reaction was laughter. For her, it was never about making qualifying standards. It was about achieving a long goal after battling away through the sport that's caused her so much joy and so much pain.

Like the pain in missing the standard for the 2018 Gold Coast Commonwealth Games standard. “It took me a really long time to get over not making it," she says.

But that didn't mean she wouldn't go. Sitting in the stands at Carrara Stadium on the Gold Coast with a beer in her hand as a spectator at the Games, Bradley remembers watching the bronze medal won in a distance she'd thrown.

“It was awesome to see Julia [Ratcliffe] win and experience the whole event. But at the time I didn’t grieve the loss enough which feels really stupid," Bradley says.

“Now I’ve realised when something bad happens to you, you need to take time off.”

Disillusioned with athletics, last year was not the first time she took a break from the sport. In 2016 she suffered from an annular tear in the intervertebral disc in her lumbar spine. It was during rehabilitation from this injury that she linked up with Schofield, who was a weightlifting coach at the time.

“All she wanted to do was to be able to throw again. I told her 'I think you can aim a bit higher than that',” laughs Schofield, who has since completed a PhD in rotational throwing.

To have a trio of hammer throwers, Bradley says, is "kind of unbelievable".

“For a long time, Julia was throwing far and it enabled us to believe we could too," she says.

“Things take time and the hammer throw takes a long time to understand how to throw far. It just took me longer than some others to understand it and be where I needed to be.”

Bruce currently holds the national record in the hammer with 74.61m, which for so long was Ratcliffe’s record (her best is 73.55m). But it was Bradley who set the tone at the national championships in March throwing a personal best of 70.45m to lead the competition for the first few rounds. She eventually settled for silver behind Bruce.

Bradley's selection in both the Commonwealth Games team and her conditional selection for the world championships in Oregon just prior to the Games is the icing on the cake. She's adamant she'll stay anchored to why she returned to the sport.

“It’s easy to caught up in it, so I need to stay focused on me," she says.

“Right now, I’m really enjoying the daily training process of making gains. I want to now be able to throw 70m in an international competition.”

Schofield also coaches shot putter Maddi Wesche and discus thrower Connor Bell, who've also been selected for the Commonwealth Games. He says Bradley’s story is one of never giving up on what's possible.

It says a lot about Bradley that she wants to train with 14-year-old hammer thrower Karmen Maritz, so she can pass on knowledge to her and stay grounded.

“There's a lot of athletes who could learn a lot from Nicole in the way she understands her event, how she’s clear on why she started and why she continues to do the sport,” says Schofield. "She's a humble hard-working athlete."

Anchored to her intent to enjoy her sport, Bradley will line up at next month’s Oceania championships in Mackay, Australia in the lead-up to the major championships.

With a mature head on her shoulders, she realises her journey to make a senior team her been longer and bumpier than others, but she’s content with life right now.

“I finally made a team. I’m really excited and can’t wait to get there and compete," Bradley says.

“I’m 30 now – my career has progressed. I’m happy with my partner. I’m more grounded and more stable in myself.

“When I stop enjoying it, I’m going to give up.” 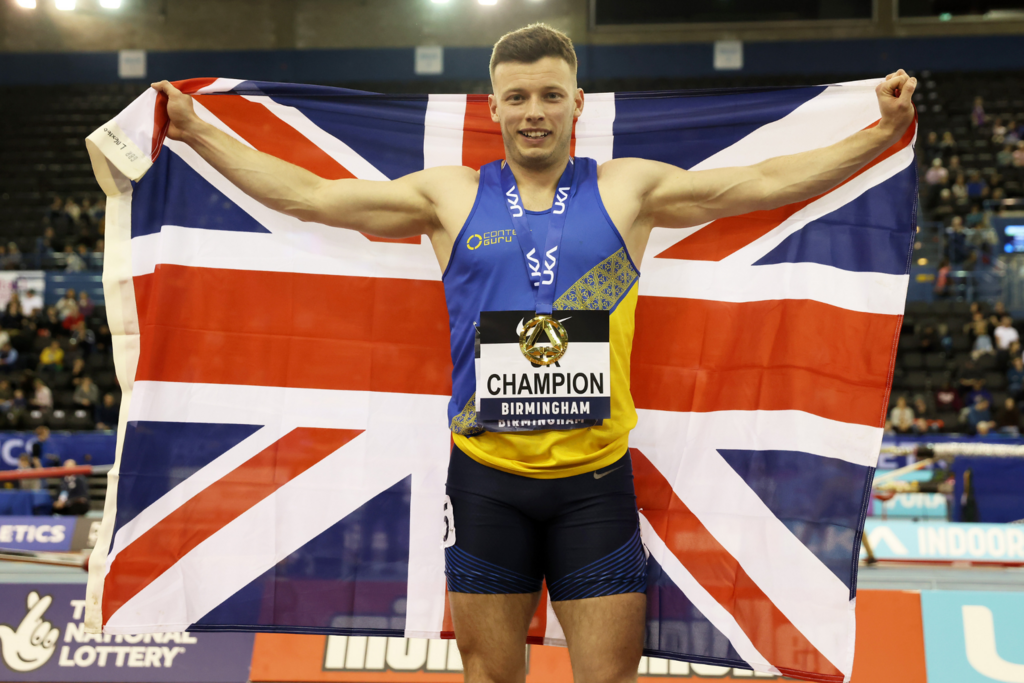 Adam Thomas ready to put Scotland on sprinting map ahead of Birmingham Diamond League
IN recent years, Scottish athletics has been dominated by middle and long distance success.

NEW DELHI: Star javelin thrower Neeraj Chopra is not losing sleep over some of his top international rivals producing big…

TRAINED to pursue a diagnosis and then seek a cure, the qualified veterinarian in Laura Muir could surely appreciate the…