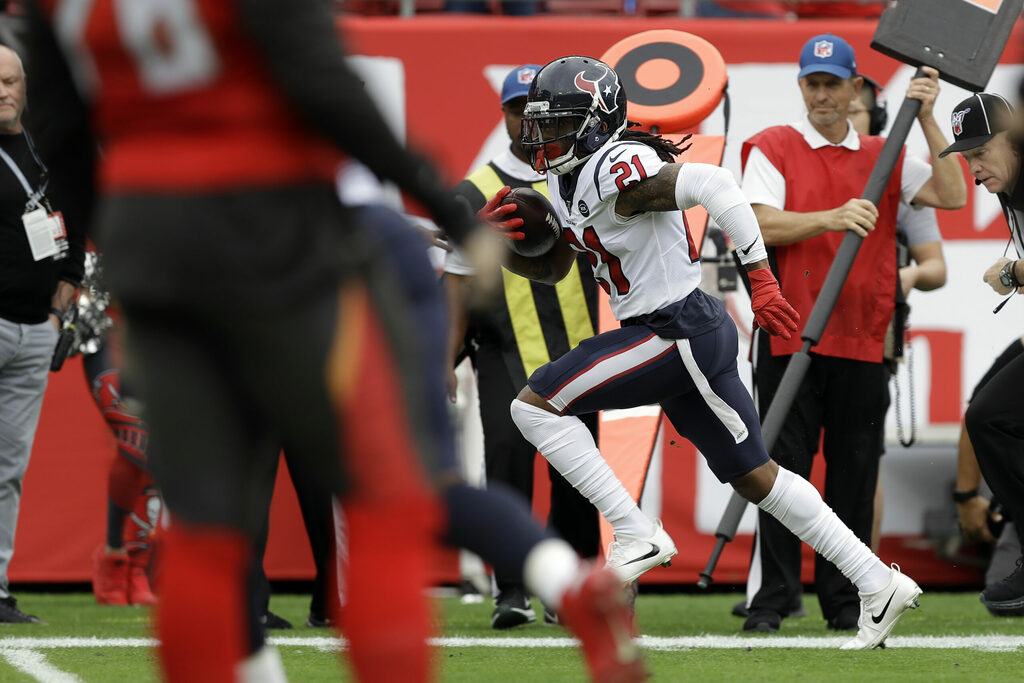 Go back to 2019 and ask Bradley Roby and Jameis Winston how they would feel about eventually teaming up together on the New Orleans Saints and you probably get two very different answers. Especially after Roby intercepted Winston’s first pass of the game and sprinted 27 yards for a defensive touchdown in Week 16.

That’s one of four defensive scores Roby has created in his NFL career, and now he’ll be bringing that playmaking ability to the Saints following his trade from the Houston Texans. New Orleans will be hoping for more highlights like this from him, and obviously everyone’s fingers are crossed for fewer of these low moments from Winston that characterized his Tampa Bay Buccaneers tenure.