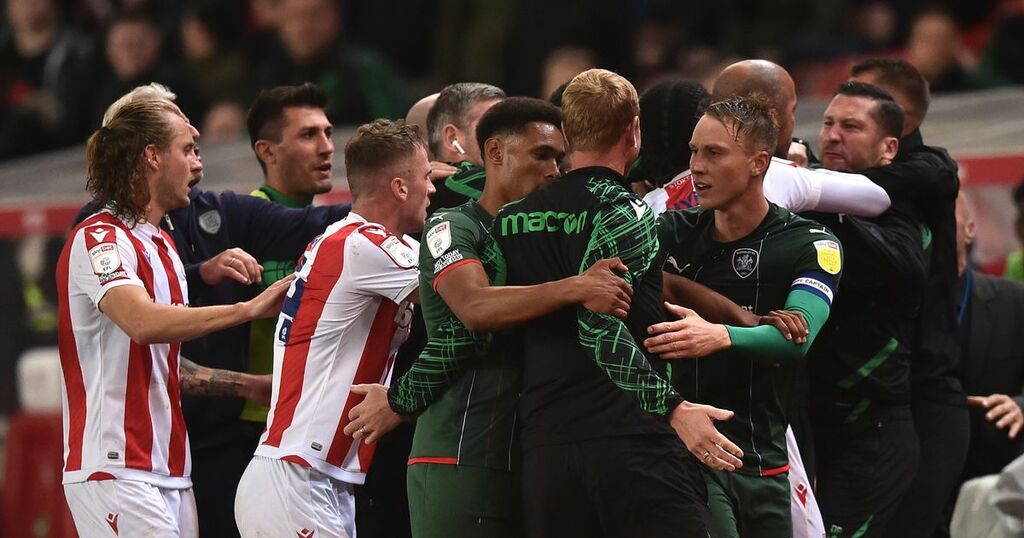 Coaches from both Stoke City and Barnsley were shown red cards in the latter stages of a Championship meeting that descended into chaos.

Stoke assistant Dean Holden, Potters' coach Rory Delap and Barnsley's assistant Joseph Laumann were all shown straight reds by referee Leigh Doughty towards the end of the match, which finished 1-1.

It came after an innocuous incident when both sides struggled to get the ball back after it went out of play near the byline.

Barnsley boss Markus Schopp attempted to retrieve the ball from Holden but struggled to get it back, leading to a fracas between both benches.

Players then became involved, attempting to separate the individuals and fan the flames.

It all ended with Doughty handing out three red cards - having earlier sent off Stoke's Tommy Smith.

The spoils were shared at the Bet365 Stadium after Cauley Woodrow's excellent free-kick cancelled out Sam Surridge's opener.

Barnsley's Brad Collins then saved a penalty from Mario Vrancic in first-half stoppage time although it looked a soft decision on the replays.

Collins proceeded to pull off a number of impressive saves in a thoroughly entertaining game in the Midlands that was soured by Smith's dismissal and then the unsavoury scenes on the sidelines.

Regarding the fracas, ex-Brighton striker Glenn Murray said on Sky Sports: "It's normally the lads (players) that walk in in the morning a little bit sheepish, but I think the staff will be coming in sheepish tomorrow.

"It was unacceptable. They should be leading by example."

Tonight's result leaves Stoke in fifth place in the Championship, Barnsley in 17th.