Three billionaires, a ‘Real Housewives’ husband, an English lord. They are among more than 1,000 bidders drawn to Capone auction 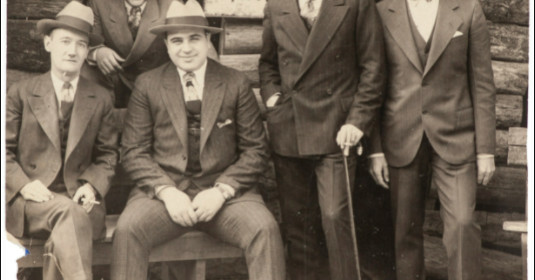 At least three billionaires, a smattering of celebrities — including a husband of “Real Housewives” fame — and an English lord.

Those of some of the bidders who were ready to compete Friday night in a once-in-a-lifetime auction of Al Capone’s personal effects — including his favorite pistol.

That’s according to Brian Witherell, head of the Sacramento-based auction house that’s been tasked by Capone’s three granddaughters with overseeing the sale of 174 lots.

Other items include gold-and-diamond-encrusted jewelry emblazoned with his initials, furniture, family photos and a letter Capone wrote from Alcatraz to his only son, Sonny.

The invite-only affair was set to kick off at 8 p.m. Central Time at a private club in Sacramento, but bids were also being accepted online and by phone from the 1,034 pre-registered bidders that Witherell vetted and approved.

“I’m slightly overwhelmed keeping track of all the bidders, but I can tell you Chicago is by far the most represented among the group, we have two people who flew out for the auction tonight,” he said, noting there were a total of about 50 bidders from Chicago.

About 150 bidders plan to attend the auction in person, he said. There will be no live video feed of well-heeled paddle raisers, but the public can track the real time progress of bids at liveauctioneers.com.

The starting bid is $50,000 for Capone’s .45-caliber Colt model 1911 semi-automatic pistol, his “favorite” weapon, according to the auction house.

Witherell said he’s already received multiple six-figure offers for the gun ahead of the official opening of the auction.

Witherell knew of only one potential bidder who was okay with being named — Craig Showalter, a physician from the Glenview area who specializes in addiction medicine. He planned to bid by phone.

“It’s hard to find anything relating to Capone that’s genuine,” said Showalter, a collector who previously paid $5,000 for an item with Capone’s signature.

“Every once in a while you see something that supposedly belonged to Al Capone come along with some letter from someone who was a friend of the Capone family claiming it was his, but you never really know,” he said. “But with this auction, it’s almost certainly genuine, and genuinely Capone’s.”