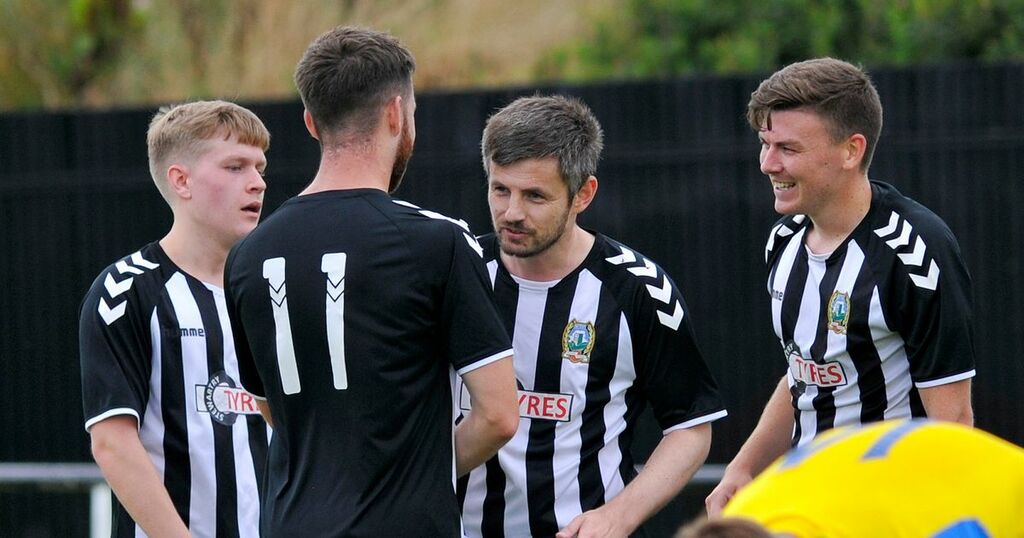 Threave Rovers bounced back from their Scottish Cup disappointment by hammering Nithsdale Wanderers on Saturday.

The Castle Douglas side ran out 6-0 winners at Meadow Park thanks to doubles from Kieran McKie and Scott Milligan as well as goals from Stuart Douglas and Tom Coles.

Assistant manager Kevin Somerville said: “We were delighted we got a reaction off the back of the Scottish Cup exit. It gave a licence to make a few changes so we brought in lads who haven’t featured as much as they’d like.

“Kieran McKie and Alex Henderson both came in and their contribution was first class. Kieran got himself a couple of goals and Alex was involved in everything so it’s pleasing they took their opportunity.

“Nithsdale were a bit under strength and had some boys missing but we were absolutely ruthless. We were 4-0 up at half-time and it could probably have been a few more.

“In the second half for 10 or 15 minutes Nithsdale responded as they’d probably had a bit of a talking to at half-time. Almost right on cue after that we got number five and after that it was pretty comfortable.

“We kept the ball really well and didn’t give them a chance to get into the game. Defensively we were brilliant which is good as you can usually guarantee Nithsdale will score goals.

“Two or three of the goals we scored were excellent moves. There were maybe five or six players involved. All in all it was a good day and pleasing to get the reaction.”

And they can close the gap in the next two weekends as they face Stranraer reserves and Newton Stewart while Saints have a blank Saturday before a Scottish Cup trip to Wigtown.

Somerville said: “One of the sticky problems Vinnie Parker and I have had since we came in is we’ve always been excellent in the games we’re expected to be excellent in but we’ve maybe not quite delivered as a group in the big games.

“Stranraer have been at the top end of the table the last two years so we’d expect Saturday to be one of those big games. We’re looking forward to seeing if we can turn the corner in one of those bigger games.

“They’re a very young team this year which is probably what Stranraer want in some respects as they want to get the young ones through to see if there’s someone who can push for the first team.

“It means they are young this year and from what I’ve heard from other teams it’s maybe that lack of experience is the difference. We know they’re going to run all day and be competitive. I think they’ve scored in just about every game so we’ll need to be mindful.

"They lost on Saturday so they’ll be looking for a reaction.

“Then we’ve got Newton Stewart, who are second , so these two games will give us an idea of where we’re at. If we can get six points from these two games we’re in good shape but we need to get the results.”