Thousands join campaign to save Bristol cinema from becoming flats 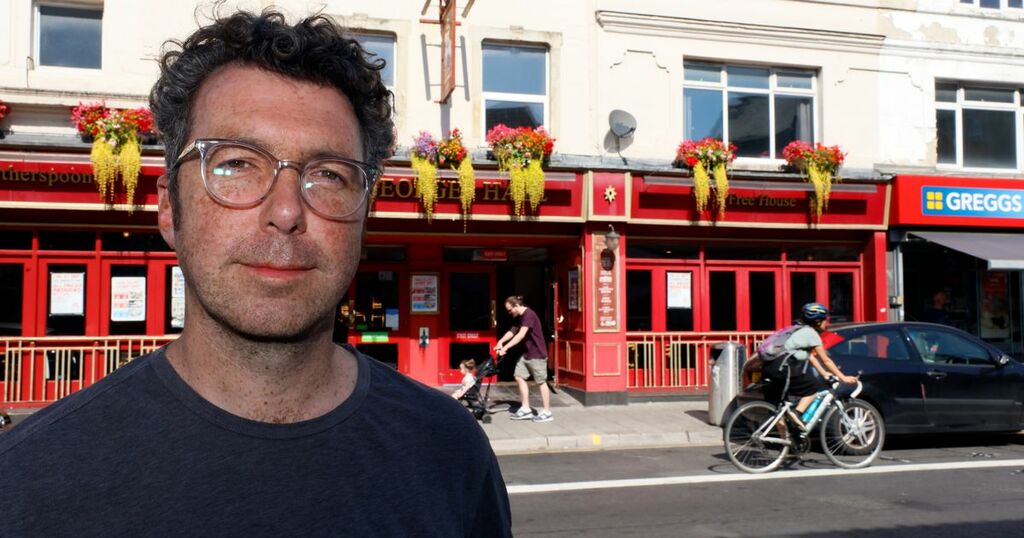 More than 2,000 people have joined a campaign to save a former cinema in Redfield.

The St George's Hall, a Wetherspoon pub on Church Road, will close down on September 19 — and a developer, Landrose, wants to buy the site with a view to building flats.

Behind the pub area, the building contains a disused art deco cinema, which a group of locals want to be excluded from the housing development and brought back to use. They have started an online petition, Save Redfield Cinema, which has attracted 2,056 signatures in just four days.

Landrose, based in Lawrence Hill, has not ruled a cinema out of its plans and says it has "always looked at retaining retail at the site" — though this is most likely to be a pub, bar or cafe. The retail element would "very much depend on the commercial viability and sustainability of such a venture", says Landrose.

Paul Burke, one of the locals behind the petition, believes using the space as a community centre and cinema would help bring together the area's diverse community.

The 45-year-old, of St George, said: "In this area you have people from all over the world. Film and stories are about a shared experience. It's about commonality and difference. If the cinema goes, you can't replace it."

The cinema opened in 1912 as St George’s Hall Electric Palace, before being extended in 1927, and later renamed the Granada. It closed in 1961 and served as a bingo hall for around 30 years. The foyer section was brought back into use in 1998 as the Wetherspoon pub.

Mr Burke described the cinema area as "largely intact", with a balcony holding at least 130 seats, while an art deco frieze runs across the ceiling. The hole for the projection booth and part of a marble staircase also remain. A cellar and kitchen — both disused — are on the ground floor.

"You remove the air conditioning and that's half the job," said the film and commercials producer. "The seats are dusty but they work, and they are golden art deco ones."

Mr Burke was talking to a friend about the pub going up for sale in 2019, when the friend's neighbour told him the building had a hidden cinema. Wetherspoon then allowed Mr Burke and some fellow campaigners to look inside last year, a visit which inspired the group to start the petition.

"We are a city of film," he added. "What does it say if you're tearing down old cinemas? You have to go to the north and west sides of the city for most of the cinemas.

"I think it could work as just a cinema space, but there's an opportunity for it to be much more of a community space. We have St George Community Centre already, which is great, but it's limited in space and what it can do.

"It's all dependent on what people want but it could be a space for community groups and for children. Maybe we could open the kitchen again."

Asked about the threat of streaming services to cinemas, Mr Burke said: "We would not just be showing the blockbusters. We could show films from all over the world and represent different communities. There is an opportunity to involve working class people and the really broad section of society that we have on Church Road."

He added there have been some "maybes" from potential investors and "people who have said 'keep us informed". The campaign started a Facebook group a week ago — with 1,600 members already — for locals to discuss their ideas for the cinema.

'We have always looked to retain the retail element'

Wetherspoon said last month that it had sold the pub to Landrose, but the developer insists the purchase is not complete. Landrose hopes a deal can be finalised by the end of the year, though "this is dependent on many factors involved with the sale".

Landrose has listed the site as an investment opportunity on its website: "Soon to be announced, this historic commercial building in a central St George location will be transformed to hold 40 studios and a modest office space on the street facing side of the property."

It adds: "St George currently has the fastest growing housing market across Bristol, and with completion within 24 months, this project will take full advantage of the area’s thriving position in Bristol’s real estate sector."

Landrose has set the "minimum investment option" at £50,000. It would not be the first Redland pub recently acquired by the developer, which has redeveloped the Three Crowns on Blackswarth Road into "nine modern flats, each containing three to four individual studio units set within a large communal area".

Asked if Landrose has already decided it will build 40 homes, its spokesman Patrick Hart said: "We are committed to building and maintaining affordable and sustainable co-living pods to help to address the chronic shortage of living space in the city especially for our key workers and others looking to live and work in the city.

"The number of 40 we think is achievable but we will look at the plans once we have actually acquired the building. We have always looked to retain the retail element downstairs. It would be unrealistic to comment further [on potential retail element] until we’ve acquired the building, looked at the technical plans and building condition, and met with local councillors and representatives."

Mr Hart said Landrose will engage with locals on any plans for the disused cinema area, which would need to be "financially viable" for the developer.

Speaking about the possibility of a pub replacing the Wetherspoon, he said: "What we'd like is for a local company to take it on rather than another national chain."

The Save Redfield Cinema petition calls for Bristol City Council to list the St George's Hall as an asset of community value, to "ensure this cultural space is not lost".

This listing would prevent the owner of the site from selling without giving interested local community groups the opportunity to put a bid together. Groups could bring forward a Community Right to Bid, which would allow six months to raise funds for a purchase.