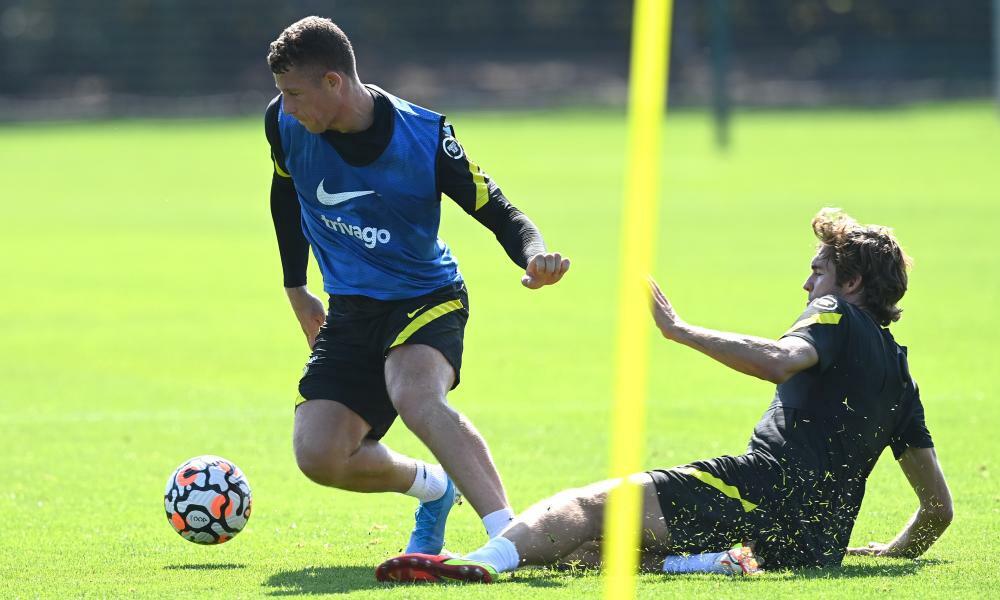 Thomas Tuchel has told Ross Barkley to stay positive and forget about what could have been after the midfielder failed to secure a move away from Chelsea.

Barkley was once seen as one of the brightest young talents in English football but his career is in danger of stalling after a disappointing loan at Aston Villa last season. The 27-year-old, belatedly given a squad number by Chelsea this week, is unlikely to play much before the transfer window opens in January and Tuchel does not know what the future holds for the England international.

“He is also asking himself the same questions and maybe all of us here, to be honest, don’t have the answers,” Chelsea’s manager said. “I’m sure that he worries a lot about the situation: ‘How can it come so far that right now I’m in between the chairs and don’t really know where I belong?’

“I don’t have these answers because I don’t know him long enough. All the advice I can give to Ross right now and what I did say was: ‘Stay humble, get it off your shoulders, all the opinions, all the expectations from everybody, all the past, what could have been, if I did this, if I did that.’

“It does not help in the moment. We have a certain adaptation to intensity and to the impact of the group on him. He is part of the training group. He does not have to love the situation but he needs to accept it in a positive way.”

Tuchel said that the Covid-19 pandemic made it difficult for Chelsea, who host Villa on Saturday evening, to find a club capable of affording Barkley. “He accepts that it was not an over-performance from him at Aston Villa so he cannot demand that we rely on him,” he said. “It’s hard to see people struggling. But he tried to go on loan again, to find a club, but it is not easy. The situation out there, the financial impact from corona to clubs abroad and clubs also within the country is huge.”

Tuchel was relaxed about Chelsea failing to sign the Sevilla defender Jules Koundé. He is pleased to have strengthened his midfield by landing Saúl Ñíguez on loan from Atlético Madrid. The German praised Marina Granovskaia, a Chelsea director, and Petr Cech, the technical and performance adviser, for their work during the window.

“Marina was in charge and she is the best person who can be in charge,” Tuchel said. “We were in contact and Petr Cech was in contact. We tried for Koundé and Saúl and it was very late but it was a very smooth transfer window because I had full concentration on training and on my team.

“The amount of support of Petr Cech as a link, and together with Marina, was fantastic. In the end it was possible to add Saúl, which was a key position for us to have more alternatives. The club have followed him for years.”