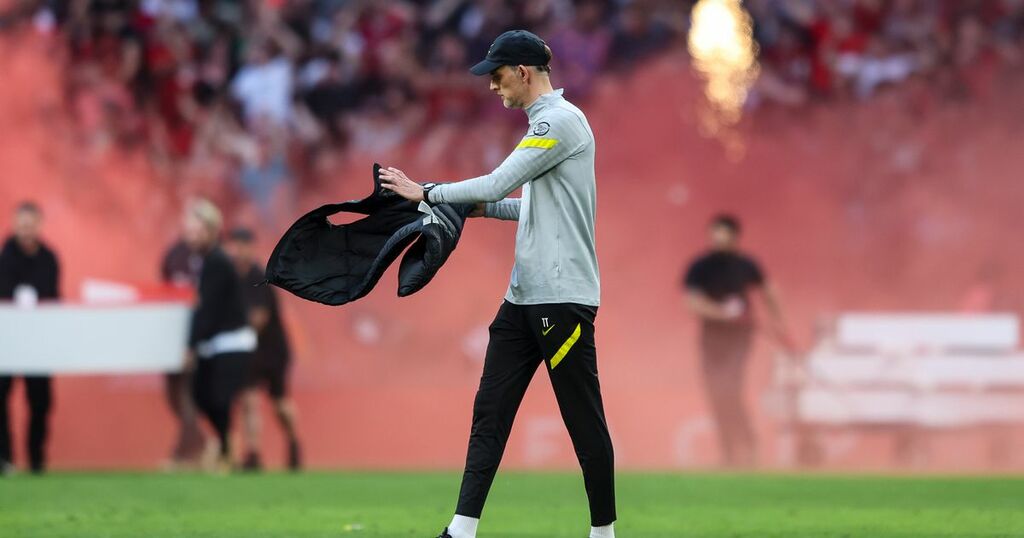 Sunday’s Premier League season finale offers so much in the way of potential outcomes.

Autosport
From analysis to good news, read the world’s best news in one place
F1 set to group races by region in 2023 calendar reshuffle

Chelsea boss Thomas Tuchel revealed that he told his team that he was "proud" of them despite defeat to Liverpool in the FA Cup final.

The Blues held Jurgen Klopp ’s men to a 0-0 draw after extra-time, only for glory to slip away from them once again on penalties. Chelsea captain Cesar Azpilicueta looked as though he’d cost the west Londoners as he hit the post early on, only for Sadio Mane to spare his blushes with a poor effort of his own.

Academy graduate Mason Mount then saw his effort saved by Alisson, with Kostas Tsimikas converting the winning spot-kick from the Reds.

The Blues contingent looked hugely disappointed following the final whistle at Wembley Stadium as they reflected on a third consecutive FA Cup final defeat, whilst it is also the second time that they have been defeated at Wembley by Liverpool this term - the Reds also winning the Carabao Cup final meeting between the pair back in February.

Speaking after the final whistle at the national stadium, Tuchel suggested that he had a forthright conversation with his players having been left impressed with their performance and attitude. He said: “Like in the last final, the Carabao Cup, no regrets. I told the team I was proud.

“We played 240 minutes of final team against maybe the most dangerous attacking team in the world and it's 0-0. We lose on penalties and we are disappointed and sad, but at the same time proud because we showed everything that we need.

Will Chelsea win a trophy under Thomas Tuchel next season? Have your say in the comments below.

“I was sure during the match the momentum was on our side but unfortunately I was not right.”

Chelsea now have two matches of the season remaining and will be aiming to rubber-stamp a place back in the Champions League for next season. Tuchel has hinted that it could be tricky to pick his players up after the defeat for Liverpool but has been left satisfied with the club’s season as a whole having secured two pieces of silverware.

“Harder but not impossible. The best way is to be honest, we have two days off and then we need to prepare. The season has not finished and we have goals to reach in the Premier League,” the German continued.

“We have everything it takes to win trophies, we proved it by the way. We have a Club World Cup and a European Super Cup and I don't feel sorry this was at the beginning of the season and in winter.”

Tuchel will now turn his attentions to the final games of the season, with the Blues set to welcome Leicester City to Stamford Bridge in midweek, whilst they round-off their 2021/22 campaign with a clash against already-relegated Watford.

Thomas TuchelLiverpoolFA Cup
Sign up to read this article