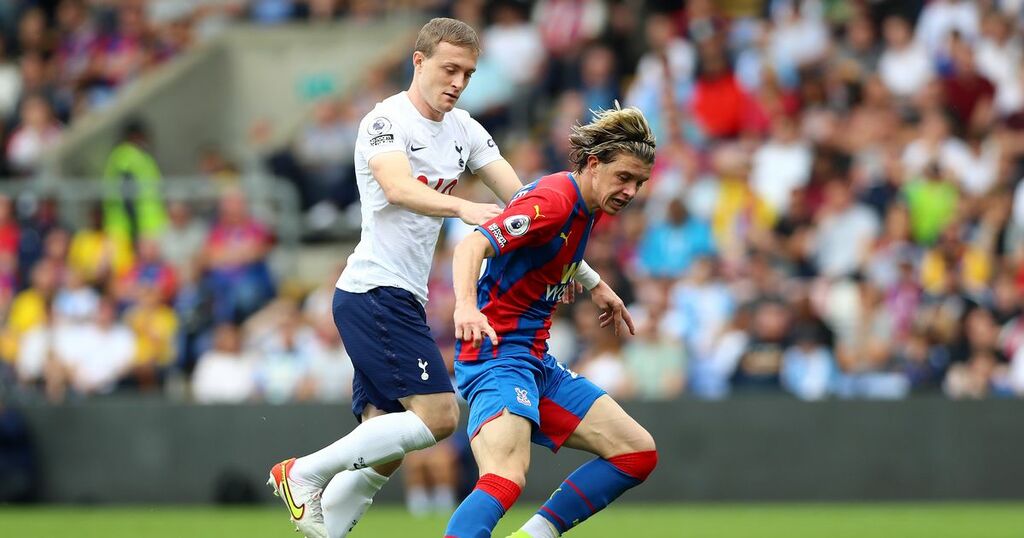 As Chelsea fans, we always enjoy watching Spurs capitulate in hilarious fashion. But you throw into the mix one of our own piling onto their misery and then it becomes a pièce de résistance of rival embarrassment.

Conor Gallagher's individual performance at Selhurst Park on Saturday afternoon was flair-filled and in-keeping with the talent that shone at Cobham before taking his first strides into senior football on loan with Charlton in 2019.

Gallagher rounded off an influential outing with a cool assist for new signing Odsonne Edouard to net his second of a dream debut for the Eagles in a 3-0 victory.

In the first half, Gallagher made several penetrative runs off the ball down Spurs' right-hand side which sadly were not found. But those wasted movements did not discourage the 20-year-old midfielder from continuing to take responsibility and show for the ball.

Via Squawka, Conor Gallagher had more shots than everyone else on the pitch combined in the first half. He was the only player to have a shot on target too in the opening period as he was denied from close range by Hugo Lloris.

Unfortunately, Gallagher's finishing was wayward, but it spoke to his overall swagger to keep trying audacious things on the pitch, be that flicks in the middle of the park over Tottenham heads or daring runs in a direct fashion.

You cannot help but look at Gallagher's all-round tenacity and see similarities to Mason Mount, who has become essential to Thomas Tuchel at Chelsea.

Gallagher's work rate and attitude was praised following the game, he is more than an expressive burst of energy, he is a player that is tactically intelligent and is not afraid to do the dirty work others would shun.

Mount under every coach he's worked with has built a similar reputation and Gallagher's trajectory appears to be going in the right direction under Eagles boss Patrick Vieira.

Chelsea currently have a bloated squad full of options in attacking areas which Gallagher would be competing with. However, Gallagher's versatility and quality to retain information and impact Premier League games so early in his career should make Tuchel take note.

Chelsea have lost a cast of talented young players this summer and it would be nice to see Gallagher be shown a route into first-team matters rather than feel he is best served away from west London.

His goalscoring touch in his performance against West Ham preceding the international break showed a level of finishing some natural strikers would be proud of.

Goalscoring midfielders feel like gold dust in the modern game, if Gallagher continues to add goals along with the all-round skill set that makes him such a valuable asset for Palace, then there should be plans made to integrate him into the squad next season if possible.

Gallagher's smile is infectious and the Palace crowd are already in love, singing his name to the tune of "This Girl" by Kungs.

With more performances like this, the Matthew Harding Lower could be doing the same for him in the years to come.

What did you think about Gallagher's performance? Follow our new CareFreeChelsea Writer Daniel Childs on Twitter to get involved in the discussion and give us your thoughts in the comments section below.