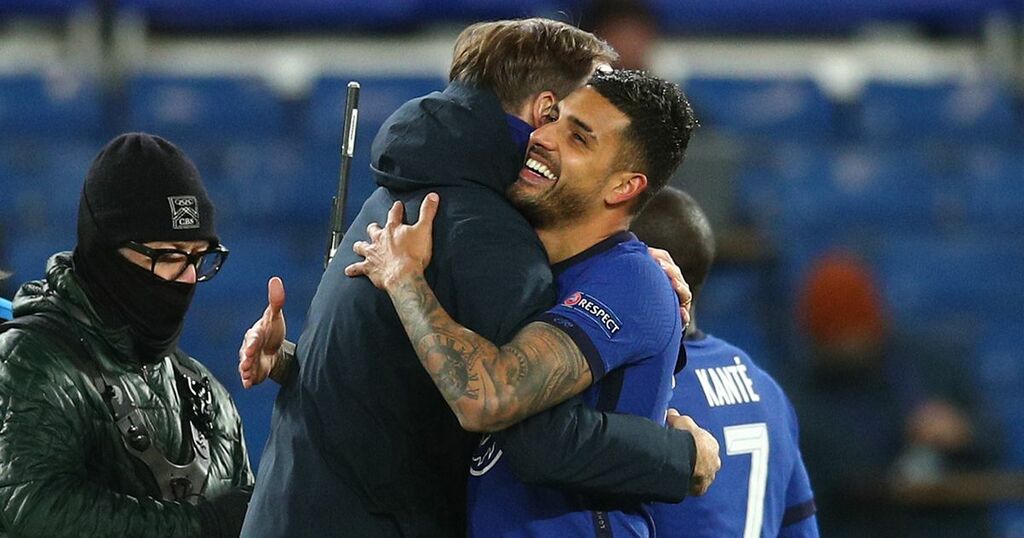 Thomas Tuchel was never going to push Emerson Palmieri out of Chelsea last summer. Only if a deal worked for the Italian international and the club would he depart.

There was strong interest from Napoli during the window but nothing came of it. Emerson never quite discovered why. But then came a loan offer from Lyon.

The Ligue 1 side wanted the 27-year-old, who started the Euro 2020 final victory over England at Wembley, to fill the left-back slot vacated by Maxwel Cornet after he joined Burnley. It was an offer Emerson decided to accept.

"I wanted to get regular playing time and feel important," the full-back explained in an interview with Gazzetta dello Sport in September.

"I couldn’t play consistently at Chelsea and [Italy coach] Roberto Mancini told me that, at my level, I should stay on the pitch as much as possible.

“I had spoken to Luciano Spalletti and gave the green light to move to Napoli, I don’t know what made the deal collapse. Lyon offered me a good project and I decided in two or three days."

It's understood Lyon paid Chelsea around £420,000 to take Emerson on loan, with a similar figure payable in bonuses. An option for the French club to sign the defender permanently for around £13million was also included in the deal.

The move felt like the end of Emerson's Chelsea story. He joined the club in January 2018 from Roma for an initial £17.6m fee but never truly established himself as the club's first choice at left-back or wing-back.

He did make 71 appearances and enjoyed triumphs in the Europa League, Champions League, and UEFA Super Cup. But few Blues supporters would have objected to his departure in August.

At Lyon, Emerson has cemented his spot in the starting XI under Peter Bosz. He has started 15 of a possible 18 Ligue 1 matches while also helping Les Gones ease into the Europa League knockout stages.

Back at Chelsea, Ben Chilwell and Marcos Alonso shared left-wing-back duty to impressive effect. At that point, Chelsea's January transfer window was expected to be extremely quiet, with Tuchel understood to be entirely content with his squad.

However, against Juventus at the end of November, Chilwell suffered an ACL tear which, after a follow-up scan two weeks ago, required surgery. The England international will miss the rest of the campaign as a result.

And so Chelsea's transfer plans changed in an instant. Alonso is a capable stand-in for Chilwell but can't play the wing-back role for the remainder of a season. An alternative is needed and Tuchel hopes that will be Emerson.

“Of course, we know him and we appreciate him as a player and a person. He had such a huge influence, although he didn’t have a lot of minutes last season," the German said earlier this month.

“He is a top guy, a top professional and he is still a Chelsea player. But it is not only what I wish for, we also need to evaluate the situation. We will look into it on this position, it is one of the options and I will not comment further.”

Tuchel's reasons for bringing Emerson back to the club are many. The Italian international knows the club, knows the squad, understands Chelsea's system, and wouldn't have any issue settling back into life in England.

That Tuchel trusts Emerson is also hugely important; he knows the defender will not disrupt the harmony of the group or cause any issues if he does not play week in, week out.

The Blues did not insert a recall clause into the loan deal that took Emerson to Lyon but haven't given up hope of him returning to Stamford Bridge this month – football.london understands the club have even explored the possibility of paying the Ligue 1 side a fee in order to do.

It's the latest indication that those at the top of the club trust Tuchel's judgement when it comes to additions to his squad. The majority of Chelsea head coaches in recent years, including Antonio Conte and Maurizio Sarri, did not enjoy such confidence.

Chelsea haven't pushed hard this month to sign Lucas Digne from Everton, for instance, because the German coach isn't sold on the France international. Nor have they – not yet at least – made a firm approach to Barcelona for Sergino Dest.

Emerson is Chelsea's priority. And that is something few could have ever imagined in August.