This week in US politics: Biden looks to California and the Texas abortion fight heats up 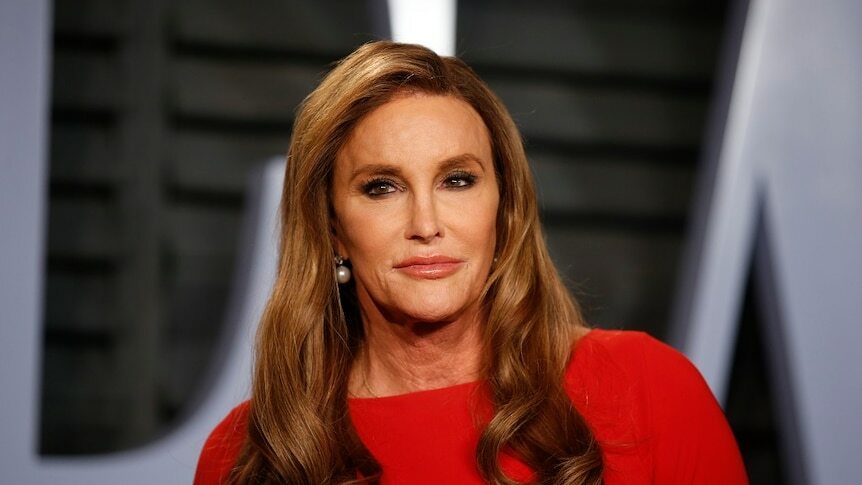 Welcome to your weekly run-down of all the big news, strange rules and interesting happenings from the world of US politics.

It started with a bear, a contestant on an Australian reality TV show, an adult actress and a Democratic governor under pressure.

But next Wednesday AEST, it'll come down to that same Democratic governor under pressure and a conservative talk show host who only jumped in the race a few weeks ago.

Plus, the bear is still there.

California is finally off to the polls folks. Residents in America's most populous state will vote on whether their current governor — Democrat Gavin Newsom — should be recalled.

You can get caught up on the basic details of what a recall election is here, but as a quick reminder the whole thing will be a two-step process. Voters have to answer two questions:

If 50 per of the vote on the first question is "yes", that's curtains for Newsom. Less than that and Newsom stays in the job.

If Newsom is ousted, the candidate with the most votes becomes governor for the rest of his term (until January 2, 2023).

The candidate leading that second race is Republican Larry Elder, who has shot to the front of a crowded field of alternatives.

Elder is a Trump-supporting (but not endorsed) radio personality who has raised more than $US8 million ($10.8 million). He opposes vaccine and mask mandates, has promised to appoint a Republican to the Senate should 88-year-old California Democratic stalwart Diane Fienstein step down, and wants to reduce spending on renewable energy.

Elder has also come under fire for advocating for a $0 minimum wage, using a racial slur in a comedy routine and saying that women should tolerate inappropriate remarks in the workplace from men.

He's crushing the field of contenders by a wide margin in the polls, and is widening the gap as voting day approaches.

But this is a weird recall election, so it means that Elder ALSO needs to convince people to vote "Yes" on the first question of recalling Newsom.

And on that, the news is good for the Democrat.

According to FiveThirtyEight's polling average, 54.3 per cent of voters want to keep Newsom while 42 per cent want him gone. Importantly though, the trend has been positive for Newsom. The race was a toss-up in early August.

Democrats are reportedly feeling pretty good about keeping the Governor's mansion in their grip.

Which is why this matters to the national picture.

It's been a rough few weeks in Washington, and Democrats are in need of a W to shake up the agenda. Right now, Republicans can smell blood for the first time since Biden was sworn in.

Just like the New York mayoral primary, any election that involves this many Americans will be spun into a "wHAt dOEs tHiS MeaN fOr BideN?" conversation.

Democrats are playing defence in a state that is a progressive bastion for the party on the US west coast. They should win comfortably.

Any slip-ups from Newsom will immediately get attributed to Biden, especially given the US President and Vice-President Kamala Harris will have campaigned for the Governor by election day.

For Republicans, there's almost no way to lose. Even the fact that a recall has been forced is a victory of sorts.

The 400kg bear used as a prop by an also-ran Republican candidate in this race won't make Democrats nervous.

But any hiccups in an election they'd rather not have will be enough to make them sweat.

ITHO (In Their Humble Opinion)

The White House is riding out some troubled waters at the moment.

There are several winds buffeting the USS Biden — some of his own making, some not.

The chaotic withdrawal from Afghanistan and the Delta variant bringing a sudden halt to America's summer of freedom from coronavirus are the chief drivers of discontent.

Combined, they've plunged Biden's approval rating into negative territory for the first time in his presidency. FiveThirtyEight's average has 49.1 per cent of respondents disapproving of Biden's job, and 45 per cent approving.

The next US presidential election is still a LONG way away (more than 1,000 days), but that's not the only election Biden needs to contest — and win.

The midterms are looming next year, and Republicans have seized on this turn of events as the spark to ignite the push to grab back control of the House and the Senate.

Donald Trump has issued a barrage of statements attacking Biden on the issue and to stoke the never-ending, will-he-won't-he story of his possible entry into the 2024 presidential race.

Both chambers of Congress are on a knife's edge and midterms traditionally don't go well for the president's party. It won't take much for them to flip to Republicans in November 2022.

The ripples from the massive change to Texas abortion law are only just beginning to appear.

The Texas Heartbeat Act (which you can dig into here) has been touted as a huge victory by conservatives and a taste of what they might be able to achieve with a strong midterms performance next year.

But the resistance to the law is coming in just as fast.

Biden's Justice Department says it will protect clinics that perform abortions in Texas, Lyft and Uber joined other companies in saying they would cover the fees of employees sued under the law and a Texas judge temporarily shielded state abortion clinics from lawsuits by one anti-abortion group.

And one of the biggest drivers of Democratic voter enthusiasm in the Trump era — the Women's March — announced a new rally in October to protest against the moves.

The law could eventually end up at the US Supreme Court, and the Biden administration is reportedly gearing up to lead the legal fight.

But the road to that ultimate decision is a long and winding one. Plus, the Texas law isn't even the only abortion law case the SCOTUS has on its docket.

In the next few months it's due to hear arguments in a case about a Mississippi law banning abortions after 15 weeks. Basically, the state is asking the Supreme Court to overturn it's landmark decision in Roe v. Wade. A decision is due by June 2022.

US politicians of all stripes use the "abortion is on the ballot" catchphrase to rally their supporters at every election.

But for the foreseeable future, they'll more than likely be telling the truth when they say it.