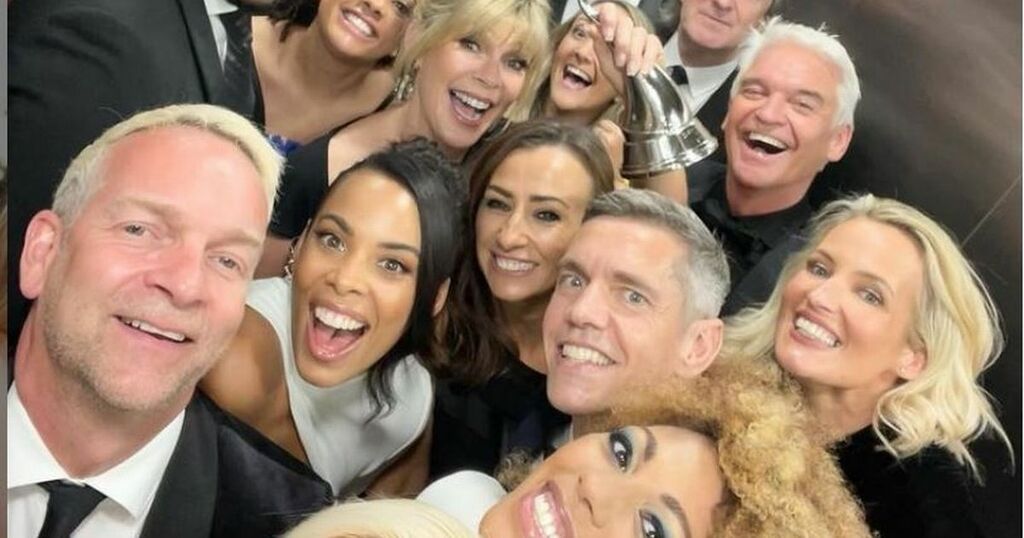 This Morning fans have been pointing out an issue after the show's stars appeared in a selfie together.

Holly Willoughby shared a snap of herself and her co-stars after they won another gong at the National Television Awards.

Holly, Phillip Schofield, Ruth Langsford and Eamonn Holmes were among the This Morning stars who took to the stage to collect the gong - the ninth year in a row they have won.

As they celebrated long into the evening, the group gathered for a mass selfie - in a lift.

Sharing the snap to her Instagram page, Holly wrote: "The obligatory lift selfie… Waking up with a full heart this morning… thank you once again…

"We love making this show and to pick up this award means so much to the whole team… congratulations to everyone at @thismorning … huge love."

As fans loved seeing the team together, they also pointed out a problem.

"How come you social distance on set but cram into the same lift?" asked one.

Another said: "Congratulations. Can I ask why you still have to social distance on the show when I presume you must test yourselves like you would have done last night? Doesn’t make sense?"

"But you have to social distance on the show," a third added.

A fourth commented: "Now will you actually sit next to Phil this morning?"

When approached by the Manchester Evening News, ITV explained how different TV productions and events have various restrictions that talent and crew must follow and adhere to.

Holly also found herself being asked the same question about husband Dan Baldwin after a rare appearance.

The 40-year-old TV star usually keeps her other half, who she has been married to for 14 years, and their children away from the social media spotlight.