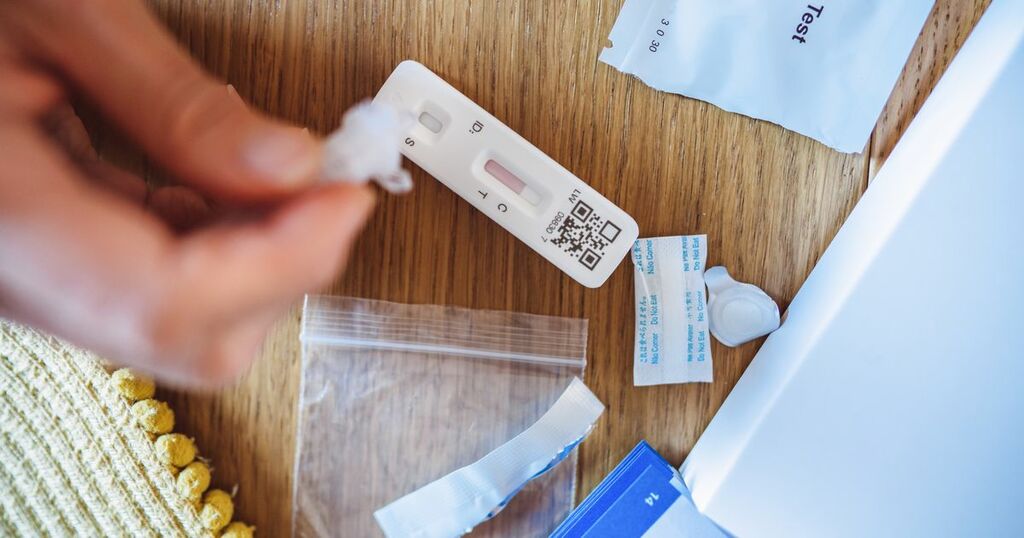 Wales Online
Why wearing socks during sex helps you have orgasms

A viral TikTok claims wearing socks during sex increases the odds of having an orgasm. Here's what the science says.

Inverse
Four strange COVID symptoms you might not have heard about

Well over two years into the pandemic, hundreds of thousands of COVID cases continue to be recorded around the world…

The Conversation
Elon Musk could soon have a Trump-sized headache

If Musk’s offer to buy Twitter succeeds, he’ll inherit the content moderation challenges that come with a potential return of…

Politico
One subscription that gives you access to news from hundreds of sites
These are the worst pains humans can experience: From kidney stones to cracked ribs

The Independent UK
Tapping your way to better health

Bangkok Post
Get all your news in one place
Latest Science news: 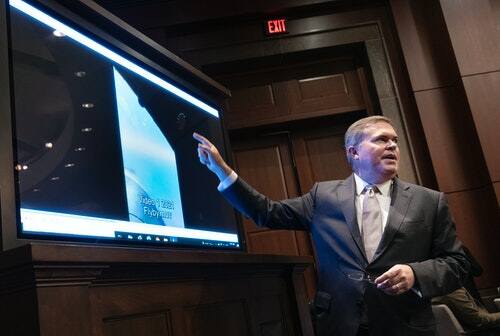 Inverse
Read news from The Economist, FT, Bloomberg and more, with one subscription
Learn More
Where will science land in the new Labor government?

InnovationAus
Curious Kids: what would happen if someone moved at twice the speed of light?

I’m curious about what will happen if, hypothetically, someone moves with speed (that is) twice the speed of light? –…

The Conversation
Bees and humans have a shocking skill in common, new study reveals

Scientists have always believed humans are the only animal that can differentiate between odd and even numbers. Turns out, we're…

Scientists are working to map out the risks of the permafrost thaw, which could expose millions of people to radon,…

Inverse
From analysis to good news, read the world’s best news in one place
Morrison was routed by quiet Australians and noisy ones

This is why you have a headache

There's a sound so frequent and familiar in my home, I know it like I know the click of a key in the front door. It's the low squeak of the opening of the medicine cabinet, followed by the rattle of a jumbo sized bottle of pills. A few times a week, at least one person in my house has got a headache. Do you, too, have a headache right this minute, even as you read these words? Odds are good that you do.

In April, a narrative review from the Norwegian University of Science and Technology and published in The Journal of Headache and Pain revealed that each and every day "15.8% of the world's population had headache, and almost half of those individuals report a migraine (7%)." The Australian Standard starkly notes, "that means 1.1 billion people have a headache today." And as the study's lead author, Lars Jacob Stovner, said in a news release, "the prevalence of headache disorders remains high worldwide, and the burden of different types may impact many."

"Each day, 15.8% of the world's population had headache, and almost half of those individuals report a migraine."

Over the years, I had come to take headaches so for granted in my life that I rarely even thought much about them. I'm hungry, I eat. I'm tired, I rest. I get a headache, I take Excedrin. That's just how the days go, right? But on a much too sunny recent afternoon, I found myself among that 7% of people all around the world each day who are hit with a migraine. As I closed my eyes and quietly sobbed in the snack bar of a local Target, I remembered that just because a condition is common, that doesn't make it inevitable — or easily managed.

More than half of us have had a headache in the past year, and as Northwestern Medicine reports, they are "more common, longer-lasting and frequent in women." We're also far more likely to suffer migraines. It's not just COVID-19 sending Acetaminophen flying off the shelves, it's our heads.

RELATED: One-fifth of American adults live with chronic pain. Why aren't we talking about it more?

But are headaches actually on the rise, or does it just feel that way all the time underneath our tense faces? The authors of the Norwegian study, who reviewed the findings of 357 publications, are cautious about drawing conclusions. They observe that while "headache disorders remain highly prevalent worldwide," and that they "found an apparent increase in prevalence of migraine," there are "large variation between study findings." Populations with greater awareness of migraine disorders, for example, unsurprisingly reported higher prevalence of them.

What seems indisputable, however, is that we're creating plenty of headache-inducing conditions for ourselves all over the place. We typically spend upwards of twelve hours each day on our devices, staring at text and inhaling blue light. We ingest a lot of caffeine — 93% of us consume it at least sometimes, and among those who indulge, 25% of us have it three or more times a day.

This brings us to the pandemic in the room. A 2021 study from the American Psychological Association found nearly half of those surveyed said they were more stressed now than in previous years. Stress is a headache-bringer of its own, but then you can escalate the problem by throwing in everything stress brings with it. As NPR has reported, "Over 40% [of respondents] said they'd gained weight during the pandemic. Nearly a quarter said they are drinking more. Nearly two-thirds are sleeping too much or too little."

Then there's COVID-19 itself. In January, the National Institutes of Health called for "increased research into the underlying causes of Long Covid and possible ways to treat its symptoms," including neurological ones such as headaches. "My head felt like it would explode," one such patient told the CBC in April, "and no medication was enough to make it better."

Is it any wonder your head is splitting? I'd be surprised if it wasn't. Yet maybe like me, you've become so accustomed to the pain you've normalized it. Let's not. My recent migraine was a reminder that it shouldn't have to get that bad before I take my own well-being seriously, and that preventing pain is a whole lot less intrusive than a full blown, weekend-killing neurological meltdown.

Hormones, illness, vision problems and the legitimate psychological burden of living through this moment in history can't always be controlled. Of course, persistent, intense or otherwise concerning headaches should be assessed by a doctor. But there are pretty simple steps we can take to reduce the risks of the typical headaches that plague so many of us, many of which we already probably know.

Here's the least expected headache blocking trick of all — reconsider how much headache medicine itself you're consuming.

As the Mayo Clinic advises, get enough sleep. Watch your caffeine consumption. Exercise and maintain a regular eating schedule. Work on your stress reduction. Those are the basics, but there are others. Cultivate awareness of your own individual triggers. Do certain foods seem to set you off? Are bright or flashing lights a problem? (That was the main culprit for my last migraine.) But here's the least expected headache blocking trick of all — reconsider how much headache medicine itself you're consuming.

Using headache medication, including over the counter products like acetaminophen as well as prescription migraine drugs, "more than a couple of days a week" can cause rebound headaches, according to the Mayo Clinic. Harvard Health describes the problem as a "vicious cycle," one I've fallen prey to, when "the same medications that initially relieve headache pain can themselves trigger subsequent headaches if they are used too often."

Concerns about the relationship between overuse and increased pain also made headlines this week when a McGill University study published in the journal Science Translational Medicine warned that "clinical data showed that the use of anti-inflammatory drugs was associated with increased risk of persistent pain, suggesting that anti-inflammatory treatments might have negative effects on pain duration." While the study focused on back pain, the implications for other forms of pain bear deeper investigation.

I've been doing my best lately to avoid another four alarm migraine any time soon. I'm also working on simple day-to-day tweaks to stave off the regular headaches I thought I'd just had to live with, by turning off my laptop a little sooner in the evening and going to bed earlier. But the biggest change is that I'm trying to open the medicine cabinet less often now, hoping that fewer rattles of the Excedrin bottle may, somehow in time, lead to fewer occasions I'll feel like reaching for it.

More on pain and how to treat it:

Wales Online
Why wearing socks during sex helps you have orgasms

A viral TikTok claims wearing socks during sex increases the odds of having an orgasm. Here's what the science says.

Inverse
Four strange COVID symptoms you might not have heard about

Well over two years into the pandemic, hundreds of thousands of COVID cases continue to be recorded around the world…

The Conversation
Elon Musk could soon have a Trump-sized headache

If Musk’s offer to buy Twitter succeeds, he’ll inherit the content moderation challenges that come with a potential return of…

Politico
One subscription that gives you access to news from hundreds of sites
These are the worst pains humans can experience: From kidney stones to cracked ribs

The Independent UK
Tapping your way to better health