It is the home of football and the venue of legends, yet for every moment that writes history, there are just as many when tears are shed at Wembley.

Fabinho is suffering that heartbreak, after receiving confirmation a hamstring injury will keep him out this weekend of the FA Cup and the oldest existing final in the sport. It is devastating. Shattering.

Just ask Thiago, Italian born, Brazilian heritage, Spanish international who arrived at Anfield from a German club. He knows exactly what his fellow (almost) countryman is suffering. That heart-rending experience struck him just a few short weeks ago for Liverpool, in the cruellest possible fashion.

Despite his international background, he states firmly he knows exactly what Wembley means, which explains his tears at the famous ground. After a first year of almost constant injury issues, and the disappointment of a season which descended into a scrap just to reach the top four for Jurgen Klopp’s team, he was selected to face Chelsea in the EFL Cup final.

Yet he damaged his hamstring in the warm up, and broke down sobbing into his hands, as he sat on the bench, distraught, just before kick off. Now he admits the chance to play in the Cup final on Saturday amounts to a redemption in the best possible way, given the FA Cup evocative history. “We came from other countries – not just me but other players – and just met this amazing competition, the oldest in the world,” he explained.

"We are really excited to play – not just the competition itself but a final. We're ready for it. Wembley is an amazing stadium. It's special itself but then you know that Wembley is used for special moments. There's a different context and we're ready to go to London." He could easily have added…’for personal redemption’. Thiago is close to Fabinho. He may be European in outlook, but his family is Brazilian, his father Mazinho, who won the World Cup with his country in 1994. The two form a Brazilian enclave at Anfield along with Alisson and Roberto Firmino. So the trio were rightly devastated when their team-mate limped off at Villa Park on Tuesday and out of the final.

HAVE YOUR SAY! Should Thiago start against Chelsea? Let us know in the comments section

Yet the former Barcelona and Bayern Munich midfielder knows that is the life of a footballer. Painfully. His Wembley tears, he explained were as much for the fight the entire Liverpool team had given to get there in the EFL Cup, as for his own personal drama. "We fought so much to arrive in that moment, that you can play in a (Carabao Cup) final, and then suddenly because I had a bad thing,” he explained to the club website.

"It came to my mind that the last season was very hard for myself to try to be here and not having the fans in the stadium, not having this fun that this sport gives to you. It's a moment where you are just frustrated. But it was more for the frustrating situation that everybody had the last few years. It was because of what we have been through and (the final) was a kind of celebration of overcoming that situation. We won it, but for sure, it’s bittersweet that you don’t play that final.”

Thiago will play on Saturday against Chelsea, with Klopp forced into a reshuffle to replace his key midfield anchor Fabinho. But the manager believes his side’s greatest quality is their resilience, and they will find a way without the Brazilian. He said: “We have to cope. Because we can cope. Having him or not having him is a difference, but it is all fine. That’s normal stuff that happens. It’s never in a position where you have 12 options, it’s always in a position where you [don’t]. But Jordan (Henderson) has been incredible in some games at no.6, so it is not a problem.” Klopp does have Andy Robertson back for the final after being rested from the squad in midweek, and otherwise has a full set of players to choose from. 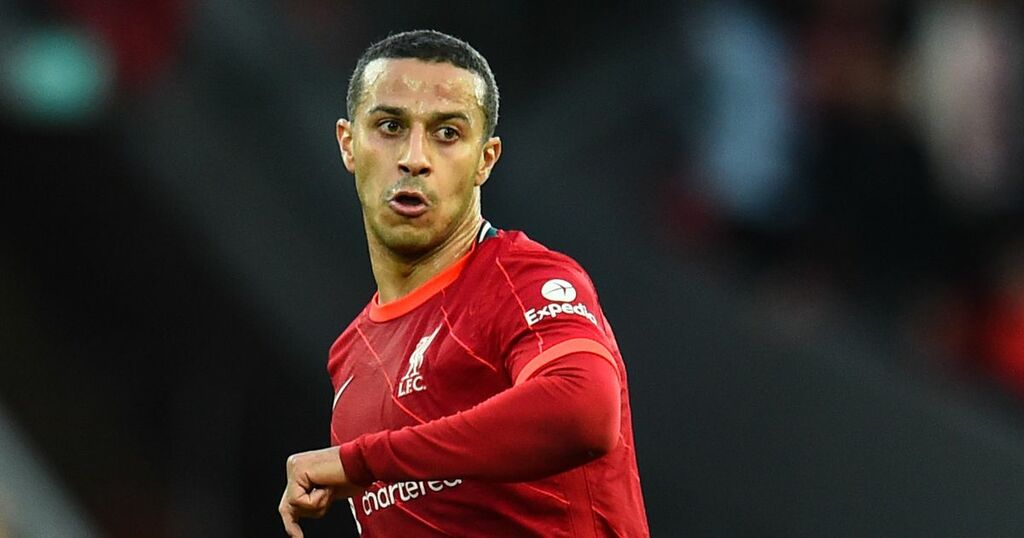