These Are The 10 Most Glamorous Hotels In And Around Barcelona 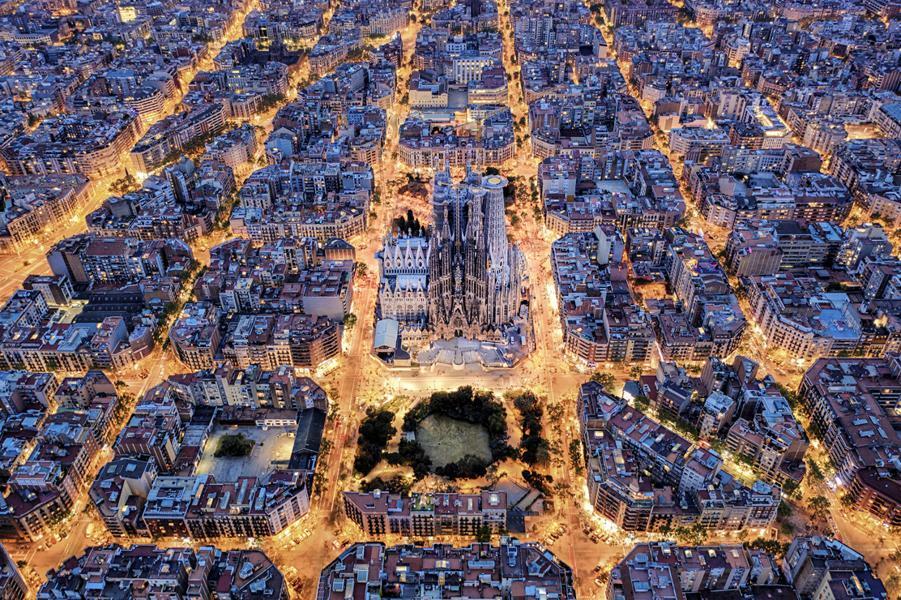 Barcelona is a city that screams glamour. Apart from a having Gaudí masterpiece on every corner, more trendy bars and rooftops than you can shake a toothpick at, and a colorful art and design scene, the Catalan capital also attracts the glitterati with its array of chic hotels.

Barcelona and its coastline boast an impressive array of hotels, from the tiniest urban hideaways to the very grandest of grand dames. Here are the ten most glamorous hotels in and around Barcelona.

Who doesn’t love a spot of old-world glamour, especially after the year we’ve had? Overlooking the Mediterranean and S’Agaró’s sandy beach on the Costa Brava, Hostal de la Gavina has it in (buckets and) spades. The hotel, with its Art-Deco design, impressive antiques collection, and superb Candlelight restaurant by Michelin-starred chef Romain Fornell, has been setting the standard for luxury in these parts since the 1920s. Legend has it Frank Sinatra once flew from the U.S. to La Gavina in a fit of jealousy, having heard about Ava Gardner's alleged romance with bullfighter Mario Cabré on the set of Pandora and the Flying Dutchman. Later, in the hotel bar, between multiple Dry Martinis and animated discussions, Gardner is rumored to have slapped Sinatra in the face. He later proposed to her.

El Palace Barcelona opened in 1919 as Barcelona’s first five-star hotel. Born the former Ritz of Barcelona, El Palace blends timeless, neoclassical-inspired glamour with impeccable service, allowing guests to combine their 18th-century royal fantasies with all the comforts of the modern world. El Palace was jazz legend and civil rights activist Joséphine Baker’s home whenever she would visit Barcelona, and it has played host to everyone from John Wayne to Sofia Loren, not to mention Ronnie Wood of the Rolling Stones, who has been known to surprise guests of the hotel with impromptu jam sessions in the Bluesman Cocktail Bar.

The year was 1918, and Barcelona’s “Eixample” project, which saw the ancient city expand beyond its suffocating medieval walls, was all but complete. In the heart of the “new city”, in Passeig de Gràcia, a majestic French-style neoclassical building opened, adding to the cosmopolitan vibe of the newly enlarged city. It had 100 rooms, each boasting a full bathroom—a feature reserved at that time for only the very finest establishments in Europe. Today, Majestic Hotel & Spa continues to set the standard for luxury in the city, with its elegant rooms, excellent Solc restaurant serving locally sourced Mediterranean cuisine, superb spa and one of Barcelona’s most spectacular rooftops.

Few spots in Barcelona are more steeped in history than the hauntingly beautiful Sant Felip Neri square. It was here that two bombs exploded on 30 January 1938—during the Spanish Civil War—killing 42 people, many of whom were children. You may also recall the scene from Woody Allen’s Vicky Cristina Barcelona, in which this same medieval square provided the idyllic backdrop for a dinner that Juan Antonio (Javier Bardem), Vicky (Rebecca Hall) and Doug (Chris Messina) enjoyed together. Today, it is best experienced in the morning, over breakfast on the terrace of ultra-luxe Hotel Neri, a delightfully secluded boutique hotel set in a converted 12th-century palace. It overlooks the square and delivers some of the most exceptional service on offer in the Catalan capital.

The charming beach town of Sitges south of Barcelona is not known for its top-notch accommodations, but there is always an exception that proves the rule. In this case, the exception is the superb Dolce Sitges. With a privileged setting overlooking the golf course, it offers unrivalled views of the Mediterranean Sea, excellent gastronomy, four heated swimming pools, a gym and sensuous spa. The annual Sitges Film Festival has brought more than its fair share of fabulous stars to Dolce Sitges. Names could be named, but, true to the spirit of old-world Hollywood glamour, the Dolce would never kiss and tell.

Hotel Arts Barcelona stands as the tallest building on the coast with its contemporary glass and steel design. Below it, the striking Frank Gehry fish sculpture shifts in color and appearance as the sun moves, while the deep-blue Mediterranean sparkles behind it. Guests seeking the upmost luxury and discretion should head straight for the 34th floor, where the hotel’s 28 luxury, serviced penthouses reside. A private reception leads to the spacious premium duplex accommodations, ranging in size from 1,600 to 4,300 square feet, and featuring floor-to-ceiling windows, skyline views and a personal butler service.

An overwhelming sense of peace fills the senses as you step into the light-filled entrance lobby of Le Meridien Ra. Set in a beautifully converted former sanatorium, the waters on this particular stretch of golden, sandy coast south of Barcelona are said to have restorative properties. Regardless of whether it’s the magical powers of the sea, the excellent food and wine, or the satisfaction that comes from pampering yourself in the spa or falling asleep to the sound of the waves at this the dreamy beachfront property, you are bound to come out feeling like a million dollars.

Monument Hotel is set in a pre-modernist mansion in the heart of Passeig de Gràcia, the most elegant shopping street in Barcelona. Its ultra-chic interior, tailor-made services and attentive staff make it one of Barcelona’s finest hotels, but what sets it apart as a destination in its own right is its gastronomy. With five on-site restaurants and bars, including three-star Michelin Lasarte and one-star Oria Restaurant (both by Spanish superstar chef Martin Berasategui), Monument is the only hotel in Spain with four Michelin stars under its roof.

Sometimes the most precious things are not the most ostentatious. From the busy street outside, you would never guess that this smartly maintained 19th-century facade was hiding one of Barcelona’s most exclusive boutique hotels. Once inside Hotel The Serras, you will discover a beautifully designed urban bolthole that is not only home to a fine-dining restaurant that attracts the leading figures of Barcelona high society, but one whose rooms have been equipped with the same brand of beds used by Britain’s royal family. As if that wasn’t enough, the stunning rooftop—which now offers some of the best views money can buy—used to double as a young Pablo Picasso’s first studio back in 1896.

The name Alàbriga comes from an ancient Phoenician word meaning “fortress under the sun”, but the building itself is more reminiscent of a white ocean liner docked in one of the most beautiful parts of the Mediterranean, the Costa Brava. Made up of 29 sumptuous residential suites, many with sun-drenched private terraces and sea views, this is a hotel dedicated to satisfying the needs of the most demanding guests. When a client forgot his anniversary and needed a marriage-saving solution late one Sunday night, the team was on hand with all its creativity, charm and connections to get him out of his predicament. And, of course, they did.