There Are Reportedly American Troops In Taiwan. They’re A Symbol Of Growing Resolve. 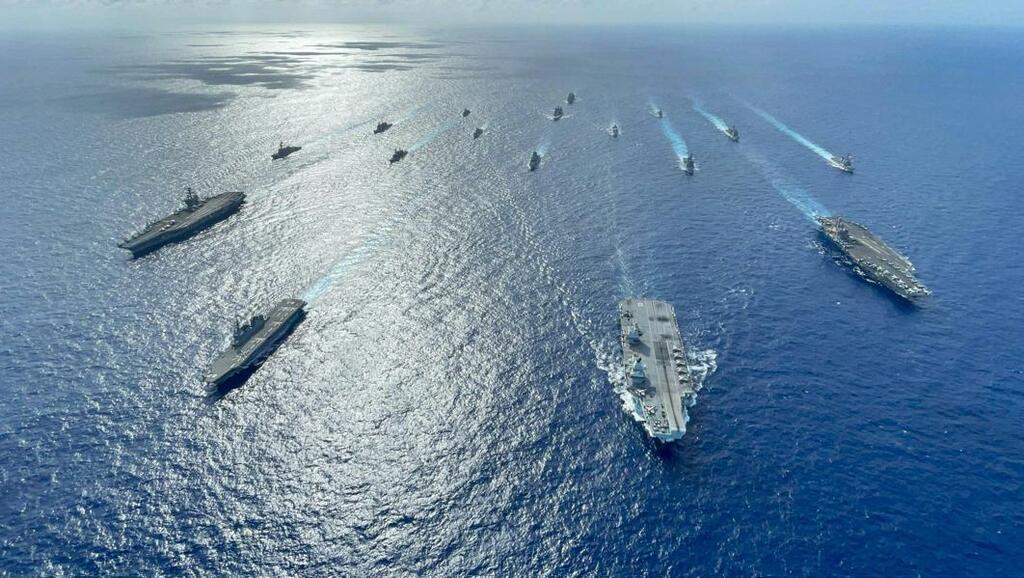 A small number of U.S. Marines and Special Operations Forces soldiers are in Taiwan training local troops, The Wall Street Journal reported today. The rotational training mission has been under way for at least a year, the newspaper claimed.

The bombshell report seems to confirm unverified reports from Asian media last year that American forces were back in Taiwan. The Pentagon for decades maintained a large troop presence in Taiwan. But the U.S. Taiwan Defense Command dissolved in 1979 as the United States began a formal diplomatic relationship with China.

The tiny American contingent now in Taiwan—a couple dozen SOF troopers and a small Marine Raider unit, according to The Wall Street Journal—largely is symbolic. It signals the growing resolve across presidential administrations to stand up to Chinese aggression and defend democratic Taiwan.

But actually defeating a Chinese invasion force would require more than a token U.S. force. Beijing might mobilize millions of front-line and support troops, plus thousands of warplanes and potentially tens of thousands of ships, in order to cross the Taiwan Strait under fire, secure lodgement on Taiwanese soil and surge heavy forces, including many hundreds of tanks, onto the island.

It’s one of the great open questions of 21st-century security whether, and to what extent, the United States would fight in Taiwan’s defense. Washington for decades has maintained a delicate “strategic ambiguity” over its role in the cross-strait security crisis.

The U.S. government treasures its trade ties with Communist Party-ruled China but also fears that a Chinese attack on Taiwan would signal a seismic shift in the politics and security of the Asia-Pacific region. A shift away from American interests as China gains ground and strength.

So Washington since 1979 has officially recognized China as the only “China” while unofficially maintaining strong ties with the Republic of China, a.k.a. Taiwan, and honoring—at least with words and frequent, dramatic shows of military force—a 1979 law that requires the United States to provide for Taiwan’s defense.

But for decades, U.S. leaders considered a permanent—or even rotational—troop presence a bridge too far from the comfortable ambiguity of its one-China policy. A permanent troop presence more or less means the same military units staying full-time in a country over the long term. Under a rotational construct, units stay for a few months then depart as fresh formations replace them.

It’s obvious what changed. China’s fast-growing economy, in part fueled by vast and fragile real-estate ventures, has funded the most intensive military modernization program in modern history. In a generation, the People’s Liberation Army and its air, naval and rocket arms have become the biggest and, in some regards, most sophisticated in Asia.

On paper and absent significant foreign intervention, the PLA possesses the means to cross the Taiwan Strait and occupy Taiwan. Which is not to say China would succeed if it invaded today.

War is political. It’s not clear that the Chinese Communist Party can maintain its war effort in the face of what surely would be massive losses in people and equipment. It’s equally unclear that the Party is prepared for the economic chaos that would follow an attack on Taiwan, the world’s leading producer of computer chips.

But the likelihood of a Chinese invasion seems to be growing as the likelihood of victory increases for the PLA. But if Beijing assumed that its increasingly militarized foreign policy wouldn’t provoke a backlash—well, it assumed wrong. The signals of resistance are louder by the day.

That is to say, it’s becoming clearer that, if and when China invades Taiwan, the United States will intervene—and in a big way.

It’s not just the Americans who are pushing back. Japan has increased its military spending, even acquiring aircraft carriers for the first time in 75 years. Officials in Tokyo now openly warn China against attacking Taiwan—a public posture that was unthinkable even a year ago.

Australia likewise is growing its air and sea forces and recently canceled a deal to acquire French-made conventional submarines in order to develop, with American and British help, much more capable nuclear-powered boats.

Even the United Kingdom has begun to throw around its weight in the western Pacific. This summer it sent the first of its new medium aircraft carriers, HMS Queen Elizabeth, across the Mediterranean Sea and Indian Ocean into the South China Sea for exercises alongside allied fleets.

Queen Elizabeth and her 18 British and American stealth fighters gathered last week with three other big-deck ships—two American supercarriers and a Japanese helicopter carrier—forming one of the most powerful allied fleets in years.

Taiwan meanwhile still isn’t spending enough of its national wealth on its armed forces, according to some critics, but what it is spending, it’s spending more wisely.

Rather than squandering almost all of its defense budget on big, vulnerable warships and fighter jets that are unlikely to last long under Chinese bombardment, Taipei increasingly is investing in small, mobile missile units that can hide out along Taiwan’s rocky coast and on outlying islands in order to strike at approaching Chinese ships and planes.

The Republic of China armed forces are transforming the Taiwan Strait into a missile kill zone designed to make every mile of ocean as painful as possible for a Chinese fleet.

Finally and arguably most importantly:

The United States has begun selling more, and better, weaponry to Taiwan without the long delays that once were common. The U.S. Pacific Fleet and Pacific Air Forces have begun working out new ways of spreading out their ships and planes to avoid the devastating Chinese missile barrages everyone expects in the early hours of a war.

Singular events have underscored U.S. Indo-Pacific Command’s growing readiness for war. At one point this summer, the U.S. Navy apparently deployed all three of its Seawolf-class submarines—the most powerful attack boats in the world—all at the same time to the western Pacific.

Now we know INDOPACOM also keeps troops in Taiwan. The tiny training contingent can’t wage war all on its own. But it doesn’t have to. The American training squad in Taiwan is a symbol of America’s growing resolve to win a possible fight over the future of the Asia-Pacific region.