The World Health Organization is asking for the public’s help in renaming the monkeypox virus, part of an ongoing effort to discourage harmful misconceptions associated with the current name.

“WHO is holding an open consultation for a new disease name for monkeypox. Anyone wishing to propose new names can do so,” the organization said in a statement.

Assigning names to viruses normally falls under WHO jurisdiction, but the organization is allowing people to submit ideas through an online portal, according to the statement. The announcement comes nearly two months after the WHO said it was planning to rename the virus, following demands from international scientists and public health officials who said the current name encourages harmful stigma.

In previous outbreaks, monkeypox has been associated with rodents. Some local health departments are already calling it by different names -- in Chicago, the public health office uses MPV, for example.

Since May, the outbreak has grown to include more than 31,000 people globally, with the US leading in highest number of cases. The virus is disproportionately affecting men who have sex with men and spreads through close contact.

The monkeypox virus was discovered in 1958 before best practices for naming diseases and viruses were adopted, the WHO said in a statement. And at the time, major variants were named according to the regions in which they were circulating -- a practice no longer in use because it encourages discrimination.

After convening a group of global experts on Aug. 8, the WHO decided to rename the two dominant variants of monkeypox. Previously called the Central African or Congo Basin clade and the West African clade, the strains will now be officially called Clade I and Clade II, respectively. The group also decided that Clade II consists of two distinct subclades. 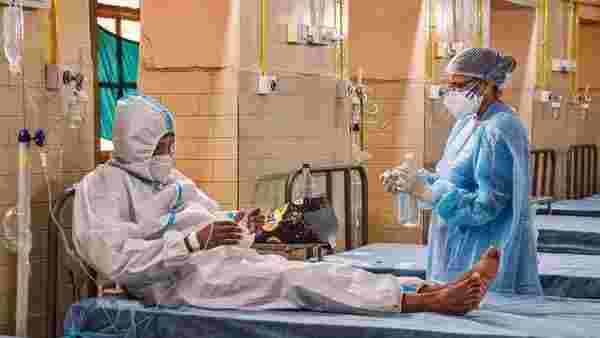 Livemint
From analysis to the latest developments in health, read the most diverse news in one place.
WHO plans to rename monkeypox over stigmatization concerns

The World Health Organization is holding an open forum to rename the disease monkeypox, after some critics raised concerns the…

The monkeypox virus was named when it was first discovered in 1958. Major variants were identified by the geographic regions…

Dynamite News
WHO announces new names for Monkeypox virus. Know what they are here

Livemint
Why doesn't monkeypox have a new name yet?

As monkeypox vaccination programs roll out and health authorities release information about how to reduce the spread of the virus,…

The Conversation
One place to find news on any topic, from hundreds of sites.
What Karnataka health minister said on rising monkeypox cases in neighbouring Kerala

‘Neighbouring state Kerala has about 5 cases and Delhi has 4. Since we share borders with Kerala we need to…