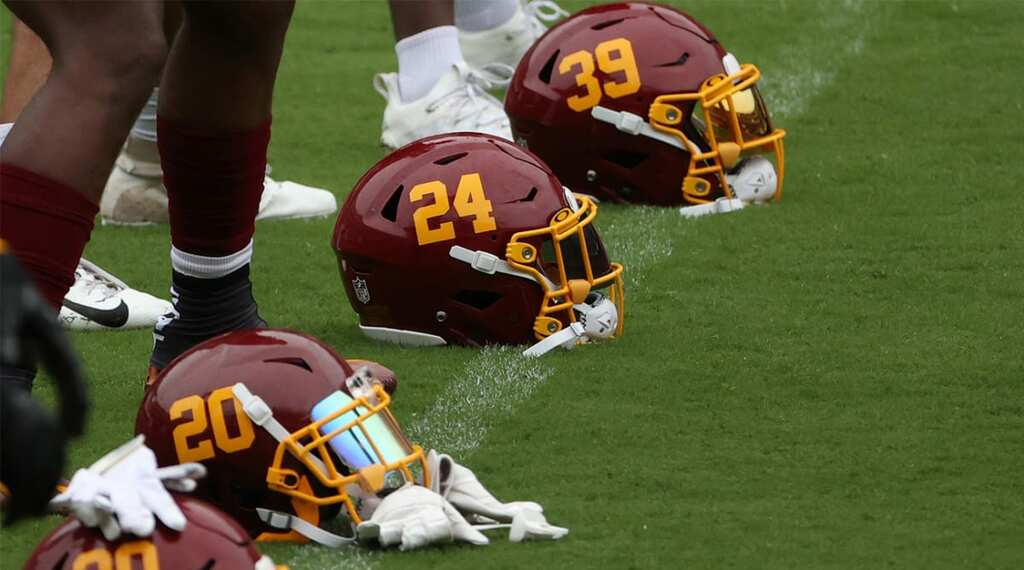 There’s no need for a name change, just keep it the Washington Football Team!

It’s what they've been called for the longest time anyway. Plus, it's unique and sounds prestigious. Washington Football Team. I feel important whenever I say it. Which is a lot better than can be said for the previous moniker.

Not to mention it allows them to keep the same color scheme while in a sense maintaining a nod to their history. Though perhaps they might be better off forgetting their recent history Then there’s also the fact that the other choices floating around simply aren’t up to snuff. Presidents? Armada? Yuck.

And Red Hogs, Defenders, Brigade and Commanders certainly ain’t it either. When I looked at the list of some other options the only other name I’d even be remotely cool with is Red Wolves, which I’ll admit is kind of fire.

But overall, I think the reason this might be taking so long is because one, of course it is a big decision relative to how important an NFL team name is in the grand scheme of things, and two because they’ve had the answer all along. If Washington Football Team wasn’t a strong candidate, it wouldn’t still be in the running.

So, Daniel Snyder do something right for once and don’t mess up what is actually working in Washington (as we all know it’s tough to get people to agree in DC). So, if you’re in agreement with me, you support the Washington Football Team name.

Because at this point I’d say WTF if they change WFT.