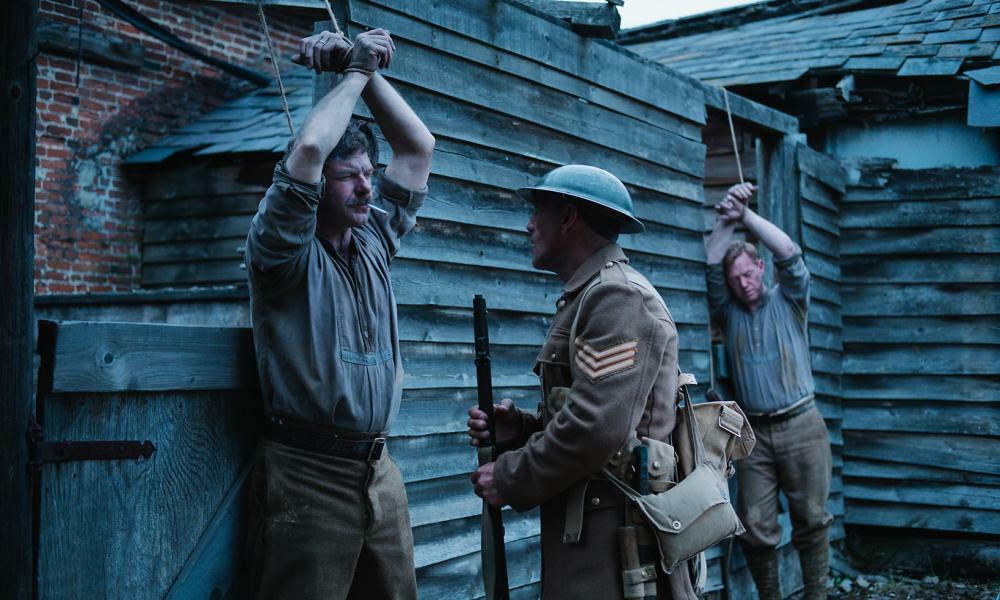 ‘Gentlemen, tonight we may not make history, but we’ll certainly change the bloody geography.” British army colonel Hellfire Jack (Tom Goodman-Hill) gives sterling quotation (though it was apparently said in real life by a different officer) in this spirited film about the tunnelling and sabotage efforts at the battle of Messines in 1917. Despite his doubts, the operation finished in one of the largest non-nuclear explosions ever, killing 10,000 Germans. A fairly new angle for cinema on the first world war (though also the subject of 2010’s Beneath Hill 60), JP Watts’s subterranean drama has an innately fascinating story, even if the underpinning is of unsound construction in places.

To his shame, pit-village miner William Hawkins (Sam Hazeldine) is turned away for conscription because of a “crackle” in his lungs. The stalemate on the western front means he gets his chance to do his bit when Hellfire Jack (based on real-life officer John Norton-Griffiths) proposes tunnelling underneath enemy lines – and that a crack squad of Yorkshire mole-men are the ones to do it. But with Field Marshal Haig (Douglas Reith) unconvinced and Jack’s immediate superior Fielding (Andrew Scarborough) actively hostile, Hawkins and his four fellow “clay-kickers” are sneerily welcomed as working-class no-marks when they arrive.

Given the budget, Watts and team do an admirable job of recreating the basic chaos and carnage – and the claustrophobia and tension, with German sappers working adjacent – below the trenches. But The War Below feels rushed in places and prone to shortcut speechifying, unable to fully convey a sense of the months of hacking through heavy clay, which also partially relieves it of characterisation duties. Only Hawkins – and his desperation to drive his team as over-compensation for not fighting – emerges in any depth.

Watts makes much of the class war aspect, but doesn’t leave the film enough room to explore it when it really matters: at the end, when medals and patriotic talk paper over how these men were exploited with the lie that such tactics would shorten the war. But it’s still a plucky low-budget shot at telling an incredible story.

• The War Below is in cinemas and on digital platforms from 10 September.