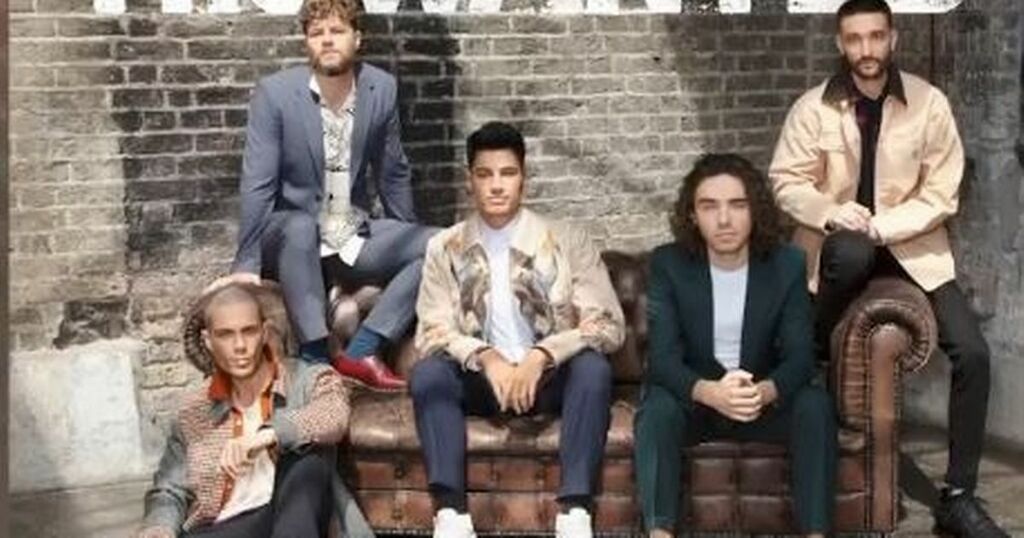 They had fans screaming with excitement in their heyday and now boyband The Wanted have prompted tears of joy by reforming.

The five-piece group - Jay McGuiness, Max George, Nathan Sykes, Siva Kaneswaran and Tom Parker - made the exciting announcement that they were reuniting on Wednesday.

Band member Tom, from Bolton, announced last October that he had been diagnosed with an inoperable brain tumour.

After responding well to treatment Tom has organised a star-studded show at London's Royal Albert Hall where The Wanted will perform together for the first time in seven years on Monday September 20.

And The Wanted's greatest hits collection will be released on Friday November 12.

The band scored two number one singles and a string of top 10 hits and albums after forming in 2009.

Their biggest hit Glad You Came in 2011 was also a massive hit in America.

Tom announced on his Instagram: "The Wanted are back!!

"Lads have come through for me and are performing at @royalalberthall on Monday Sept 20th for @su2cuk and @brain_appeal. Absolutely delighted to say… we’re back!"

And there was an outpouring of emotion from fans.

"The best day of our lives. Our prayers have been answered. This is just so amazing to see," cheered one.

"WHATTTT OMG I’M CRYING RIGHT NOW miss you guys so much, love from Brazil," said another.

"MY HEART IS SO HAPPY," cried another.

Last month Tom updated fans on his health after going for a scan on his 33rd birthday.

"Ok..here goes. The last couple of days have been filled with dread and worry but I’m pleased to announce that the results of yesterday’s scan (lovely birthday present ), are stable with a slight reduction in the tumour if anything," he explained.

"I can’t tell you how grateful I am to receive this news.

"We left it a little longer between scans this time just to give time for the medication to work etc but overall a great day.

"Thanks to all our healthcare team. You are truly wonderful.

"And thank you all you lovely people out there sending love snd support. It really is so appreciated. Time to celebrate."

After the band took an indefinite hiatus in 2014 Nathan had two UK top 20 singles including Over and Over Again, a duet with Ariana Grande.

Jay won Strictly Come Dancing in 2015 and has starred in musicals in London's West End.

Max starred in the American musical TV series Glee, which covered Glad You Came, and he competed on Strictly Come Dancing last year.

Siva wrote the UK's 2016 Eurovision entry You're Not Alone for Joe and Jake.

And Tom appeared on the reality shows Celebrity Masterchef and The Jump as well as touring the UK in the lead role as Danny Zuko in Grease.

Last month Max, who hosts the Friday evening show for Hits Radio in Manchester, told the M.E.N. that he was hopeful a reunion for The Wanted could happen.

The Swinton-raised singer, who moved to America after the split, told us: "In my head I've never left The Wanted.

"I remember when I was on Glee and people would say 'you're an actor' and I was like 'I'm in The Wanted but I do act' and that's how I'd always put it.

"I talk to Tom all the time and we do bring it up now and again, like 'it would be cool to do it again.'

Proceeds from the Inside My Head concert will be split equally between Stand Up To Cancer and The National Brain Appeal.