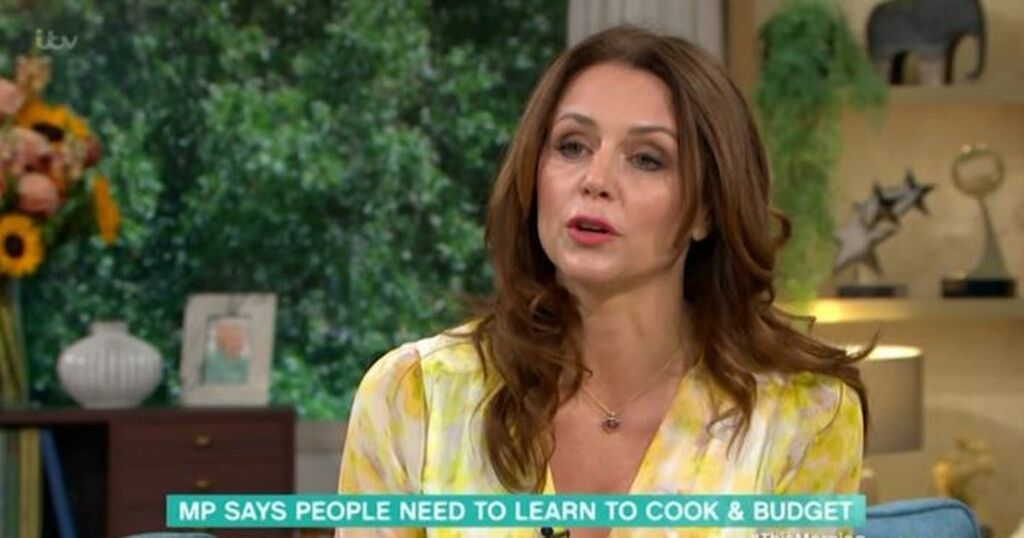 Tory MP Lee Anderson claimed to the Sunday Mirror that not all people who use food banks are “poor.”

'They just don't get it'

There has been much debate this week after a Tory MP has sparked fury when he said the some people were forced to rely on food banks because they "cannot budget" and "cannot cook properly". Conservative Lee Anderson also said "there is not this massive use for food banks in this country".

Speaking in the Commons during a debate on the Queen's Speech, he claimed people could "cook meals from scratch" for "30p a day" instead.

He said there is a "brilliant scheme" at the foodbank in Ashfield, adding: "When people come now for a food parcel, they've got to register for a budgeting course and a cooking course.

"And what we do at the food bank, we show them how to cook cheap and nutritious meals on a budget. We can make a meal for around 30p a day and this is cooking from scratch."

Readers have been reacting to his comments with their own opinions on the WalesOnline Facebook page. Patricia Hutchings had an idea, saying : "Make the government personnel live on what we the public have too then see how well they can managed. They haven't got a clue about about breadline families or pensioners.

"It's ok for them to throw insults that we don't know how to cook a meal and budget, try it for yourself before making insulting comments."

David Mordecal suggested that: "The House of Parliament discounted canteen should provide meals using 30p worth of ingredients."

Emma Janik said: "Why doesn't he show us how it's done then? Budget shopping, meal planning and 'cooking properly but on the minimum wage to show us how it's really done? Maybe he's right actually, none of us know how to cook properly or prepare a meal as you cant cook with no ingredients or without food in the cupboards!

People who use food banks do so because they are struggling, it's not because they don't know how to cook, seriously some people are so out of touch with reality. I don't usually comment on these posts, but this really is a slap in the face for those already struggling."

Alexandra Reynolds says: "Junk food is often cheaper than good food. You want to cook something you got to buy more than a recipe needs and then stuff can go off. Not everyone has a massive fridge to bulk cook."

But Paul Keddie thinks that the MP has a "valid" point. He said: "His (Lee Anderson) original point was that people would eat better for less if they could cook. That is valid.

"As it is our MPs are the worst paid bar one country on Europe. It appears that you pay peanuts and get monkeys. They earn about half what senior managers in the NHS earn same for a head of a mid sized comprehensive. Far less than a director of a decent sized company yet you expect to get top quality decision makers for far less than we pay them."

Patricia Couch also spoke up for the MP saying: "Has anyone commenting actually watched the video where he talks about helping food banks? Came from a poor mining family where he watched his parents struggle to get by, he was a Labour MP until 2018, a single parent working 2 jobs to make ends meet and take care of his children, this guy is not your typical Tory, and about the only Tory who can actually comment on hardship!"

Glen Lloyd says: "He is right about what he has said. Basic things for general everyday living should be taught from an early age. Going back to the 1950s after the war years. Domestic science was a subject in schools to deal with food shortages after rationing.

"We soon learned how to housekeep, budget, cook etc. The younger generations have not had this to contend with bit it might become a necessity in future years."

Tory MP Lee Anderson claimed to the Sunday Mirror that not all people who use food banks are “poor.”

'They just don't get it'