Over the past half-century, Silicon Valley has toggled between two similar-sounding pursuits that are often in conflict: wealth creation and moneymaking. Wealth creation is the act of invention and patient, long-term business building. It’s the rising tide that lifts the boats of employees, shareholders, and everyone else. Moneymaking is the baser impulse: the hunt for a quick buck. The technology industry and its risk-happy patrons have learned, time and again, what happens when short-term profiteering takes precedence over the development of stable companies that can create cool stuff. And yet, here we are again. Years of wildly inflated valuations, crypto-flavored pyramid schemes, and all manner of naked opportunism have led us to the Bust of 2022.

Listen to this story

So far this year, the tech-heavy S&P 500 has lost just under one-fifth of its value. Among the worst-hit have been Amazon.com (-36%), Tesla (-38%), Meta (-45%), Zoom (-44%), and Shopify (-76%). As a whole, venture-backed companies that have gone public during the pandemic are down 48%, according to PitchBook. “The boom times of the last decade are unambiguously over,” the partners at the venture capital firm Lightspeed Venture Partners wrote in May, in a representative example of the industry sentiment making the rounds in presentations to portfolio companies. “Schadenfreude has set in.”

VC high priests often argue that these downturns are macroeconomic acts of God, like some 100-year storm, or, OK, fine, maybe a 15-year storm—anyway, no need for anyone to moderate their selfishness or learn other pesky lessons. In this case, the argument goes, two decades of low interest rates cast tech companies as alluring investments, sending a flood of capital from public markets their way. Competition to back the most promising startups then drove valuations to unsustainable heights, until an unprecedented confluence of bad news (Covid-19, Ukraine, inflation) brought it all crashing down. It’s comforting to blame the world. But the truer explanation, one that necessitates a real reckoning, is that the industry, once again, is facing up to the compounding impact of its bad decisions.

It started with the two things that motivate all venture capitalists: 1) a paralyzing fear of missing the next big thing, and 2) greed. A decade ago, new companies began making their way out of startup schools such as Y Combinator asking to be valued in the millions of dollars before they’d ever earned a cent. To attract the most promising startups, certain VC firms, notably Andreessen Horowitz, eagerly endorsed this high-stakes grade inflation and often allowed founders to cash out before they’d proved their business models. High-profile collapses, such as the blood-testing disaster Theranos and the office-sharing supernova WeWork, led to some bingeworthy TV but didn’t prompt a serious retreat from this Monopoly-money mindset. Instead, VC firms and their new rivals, such as SoftBank Group Corp. and Tiger Global Management LLC, continued jockeying to invest and bid up prices every step of the way. “There was so much money available at every stage and everywhere you looked,” says Jeff Clavier, managing partner of early-stage investment firm Uncork Capital.

Understandably, many founders took all the cheap money they could get. Some major startups raised multiple rounds of funding per year, with the founders offloading portions of their personal shares for early paydays and employing risky financing schemes such as convertible notes, where investors could buy stakes even as they were clueless about future valuations. Given how eagerly many investors crowded toward the surest-seeming bets, those who resisted these added risks had to weigh them against the fear of missing out.

The oversight built into the initial public offering process managed to protect the wider markets from some especially improbable IPO proposals, such as WeWork’s in 2019, which collapsed following universal derision of its financial disclosures. Quickly enough, though, private companies found a workaround in special purpose acquisition companies, or SPACs. These “blank check” offerings cleared the way for businesses including lender SoFi, space companies Rocket Lab and Virgin Galactic, pet-product subscription service Bark, and Grab (the “Uber of Southeast Asia”) to go public. All are trading well below their offering prices. “Too many people piled in and diluted the SPAC brand by being unprepared,” says Yelena Dunaevsky, an attorney who specializes in SPACs at the law firm Woodruff Sawyer. “Some target companies were not in a space where they should have been going public.”

This bad behavior has been dwarfed by the bubblicious crypto markets, which have blinded the Valley, its industry counterparts around the world, and a hell of a lot of other people to the risks that come with its ferocious gambling. Speculators piled into digital currencies, shady exchanges, and virtual assets. The highfalutin pitch for Web3 sounds like wealth creation—decentralize the internet and put it on the blockchain, and you can create a set of tools that restore power to the people and free them from dependence on tech giants and traditional banks. But most of the crypto fads to date tend to involve quick cashouts that leave the other parties holding a lot of funny money. There are initial coin offerings, nonfungible tokens, and stablecoin schemes such as TerraUSD, which recently collapsed in value after suffering the crypto equivalent of a bank run. Since the start of the year, the Bloomberg Galaxy Crypto Index, which measures the performance of the major cryptocurrencies, is down 48%.

The mania seemed to reach its most “something ain’t right here” moment during this year’s Super Bowl, when NBC broadcast crypto ads starring LeBron James, Matt Damon, and Larry David. For techies who aren’t old enough to remember the infamous sock-puppet commercials that seemed to signal the popping of the dot-com bubble, the Super Bowl ads provided a taste of what that felt like.

Despite similarities to past downturns, the Bust of 2022 also feels weirdly unfamiliar, perhaps because it’s been so long since the last shock on this level. One ominous difference is that previous boom cycles lasted about eight years. Like a long-dormant volcano, the pressure has been building on this one for more than a decade. In 2021 US tech startups raised three times the amount they raised in 2000, and this bust is also global in a way previous industry downturns haven’t been. Stock prices and valuations have fallen from the UK to China, where a campaign by the Communist Party to curb the power of tech giants such as Alibaba, Tencent, and Didi has demolished stocks and private company valuations for the past year.

The tech world also feels more outwardly political and divided than it has during past downturns, as though some of the same tools that exacerbated political divisions elsewhere have now been trained inward. Nowhere is this more apparent than in Elon Musk’s quixotic acquisition of Twitter Inc., a purchase that may or may not be on hold pending an analysis of the prevalence of bots on the social media site. Over the past month, Musk has declared his fealty to the Republican Party and accused people who are less likely to call someone a “pedo guy” of being victims of a “woke mind virus.”

This feels new. Steve Jobs and Bill Gates received deference from a shocking range of politicians but kept themselves largely apolitical for a reason—they needed customers from both sides of the aisle. Now, the tech monolith that money has mostly spackled together for a generation is crumbling. First, former President Donald Trump forced tech companies to take sides on issues like immigration, free expression vs. disinformation, and his proposed ban of the video-sharing site TikTok. Even absent daily Trump tweets (for now), today’s startup founders and funders still have to reckon with the overt politics of folks such as Musk, Peter Thiel, and Marc Andreessen on issues like college-loan relief, taxation, and who should shut up. The acrimony has led to a wave of high-profile defections from Silicon Valley to Miami and Austin, cities promising an even more laissez-faire home base. The industry can no longer even agree on an issue of once-universal consensus, whether the Bay Area is the center of its world.

One thing that probably won’t change in this downturn is who suffers: regular investors and rank-and-file employees. Like the founders and institutional investors who offloaded their shares during the good times, VCs earned hefty management fees no matter what happened to their portfolio startups. Those investors are still sitting on a record $300 billion in uninvested capital and will continue to earn management fees regardless of their track record or the market’s performance.

Meanwhile, more than 13,000 tech workers around the world have been laid off since the beginning of April, according to tracking site Layoffs.fyi, which includes high-profile cutbacks at Netflix and the stock-trading site Robinhood Markets. There’s probably much more to come, too, particularly if the downturn drags into 2023. “We actually haven’t seen any real carnage yet,” says venture capitalist Elad Gil, “the things that tend to happen when money really dries up. I think a lot of people are either uncertain or in denial.”

Denial, of course, is a ticket to catastrophe in any market downturn. That’s what this edition of Bloomberg Businessweek’s annual Tech Issue is here to dispel. Our almanac will guide you through the peaks and valleys of the technology landscape that’s left standing, including Facebook’s failure to beat TikTok at its own game, the costs of Google’s browser supremacy, a tough reckoning in the gig economy, and the fate of all those scooter companies—remember them?—that rose to prominence during a less fractious time.

There are also examinations of a new kind of online prediction market and the controversial popularity of polygenic risk scoring, which aims to help parents undergoing in vitro fertilization lower their offspring’s risk of cancer, diabetes, and other maladies. These technologies, and others like augmented and virtual reality, are keeping a lot of industry veterans sanguine even in the steely grip of a new downturn. “Weirdly, I’m quite optimistic,” says Michael Moritz, partner at Sequoia Capital. “This shock will deliver an almighty colonic to a lot of companies, and some will be able to tolerate the consequences and others won’t. The ones that do will be just fine.”Read next: The Math Prodigy Whose Hack Upended DeFi Won’t Give Back His Millions 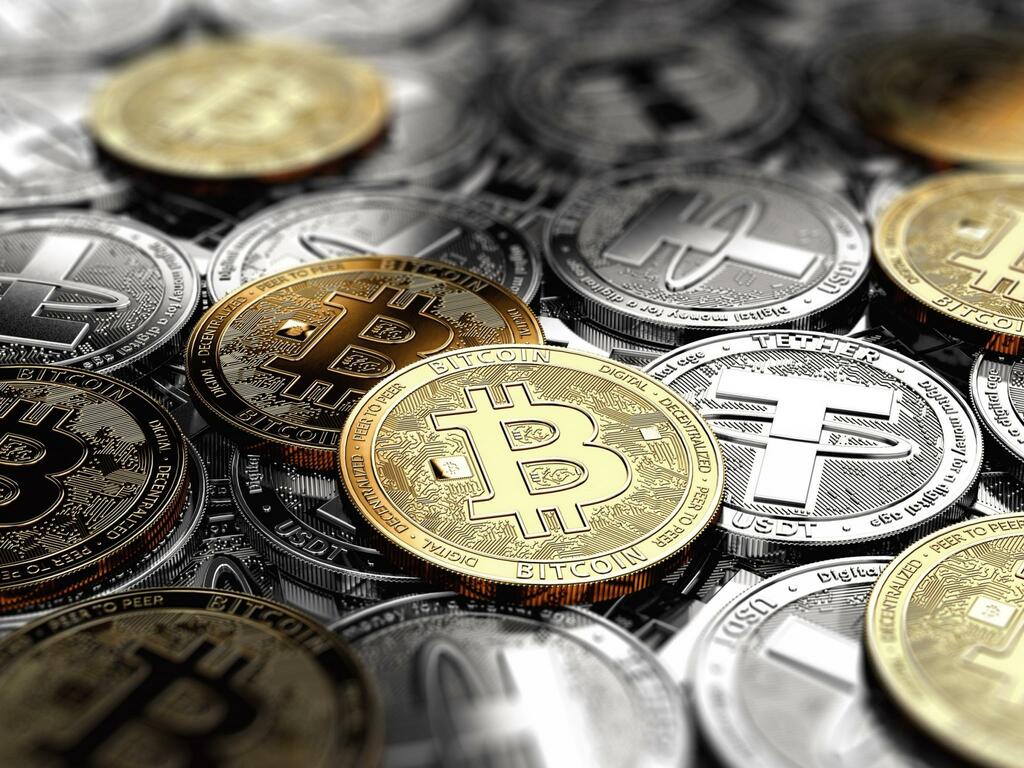 VC Firm a16z Raises $4.5 Billion For A Crypto Firm
At a time when the broader crypto market has entered a downturn following the collapse of TerraUSD (CRYPTO: USDT) and